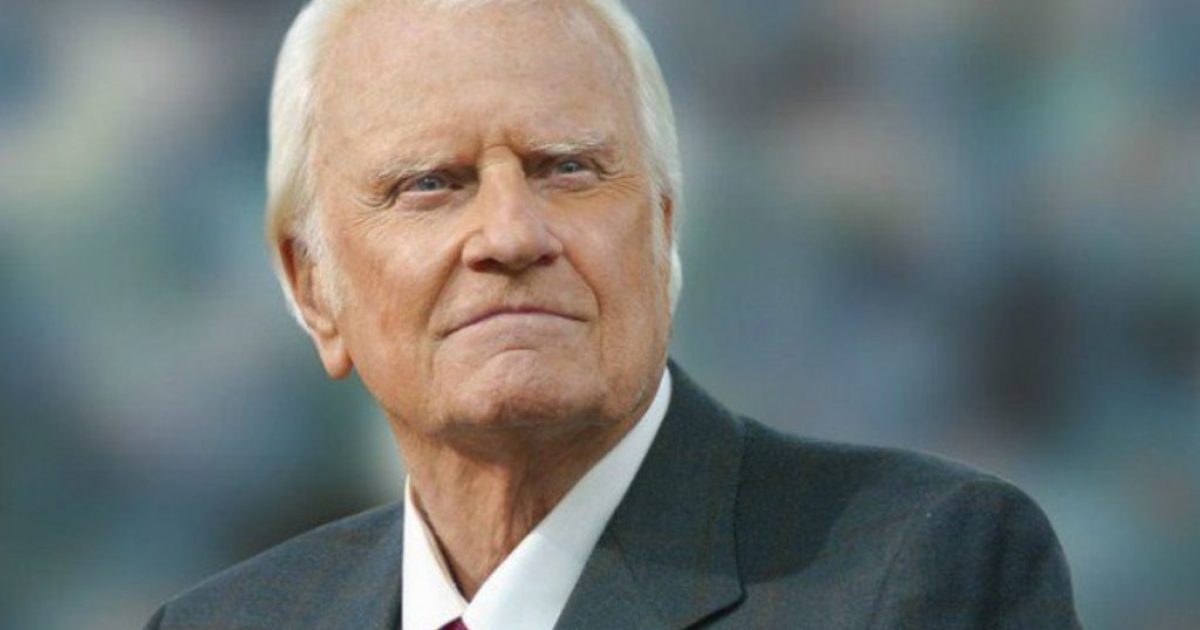 On Wednesday, November 7th, the globally renowned evangelist Billy Graham would have turned 100.

To commemorate his centennial, CrossWalk shared 10 notable quotes either made by, or about, the famed preacher, whose legacy on American Christian evangelism will certainly live on for generations.

From speaking about his own life and faith, to praise from his children and the American church, these quotes provide insight into the life and mind of this great man.

“I have often said that the first thing I am going to do when I get to Heaven is to ask, ‘Why me, Lord? Why did You choose a farmboy from North Carolina to preach to so many people, to have such a wonderful team of associates, and to have a part in what You were doing in the latter half of the twentieth century — and beyond?”

“My parents have been an example to me all of my life. I watched my father, for instance, and saw no inconsistencies between his private and public life. That made an impact on me. … The Billy Graham that the world has seen in public is the same Billy Graham that I saw at home.”

“Billy Graham names two reasons why ‘Just As I Am’ was chosen to be used after his messages. First, the song repeats an affirmative response, ‘O Lamb of God, I come,’ thus verbalizing what people are doing as they come forward. And second, the words give a strong biblical basis for responding to the call of Christ.”

– George Beverly Shea, longtime soloist at Billy Graham crusades, in his book “How Sweet the Sound”, 2004

“No matter how dark and hopeless a situation may seem, never stop praying. Prayer should be an attitude of life. We cannot afford to be too busy to pray.”

“That’s not true. Because I’ve lived to be my age and met so many people around the world, that just becomes second nature.”

–Graham, answering the charge that he is a name-dropper in an interview with Religion News Service in 1994

“Too often we seek to excuse ourselves in our sins, but God seeks to convict us of sin and save us from it. Sin then is not a toy with which to play but a terror to be shunned.”

“I always considered it a lost day if I did not spend time reading at least a passage in this sacred Book. Today I cannot see well enough to read, but I am thankful to have committed much of God’s Word to memory.”

–Graham, on reading the Bible, from “Where I Am: Heaven, Eternity and Our Life Beyond”, 2015

“[E]leven years ago, when my mother went to Heaven my daddy started asking me to read him the Bible, and at first it was very intimidating, and then it became such a joy. … He was hard of hearing. So, I would sit in front of him knee to knee, and he would ask me to give him a full sixty-minute message, and he never took his eyes off my face.”

–Anne Graham Lotz, on her remarks at her father’s funeral in March 2018

–From a resolution of the Baptist State Convention of North Carolina in Greensboro, N.C., 2018

“In the famed evangelist’s waning years, it became common for observers of the religious scene to speculate as to who would be ‘The Next Billy Graham.’ The answer is quite likely, ‘No one.’”

–William Martin, from “A Prophet with Honor: The Billy Graham Story”, 2018

Beautiful Moment at Trump Rally as Crowd Breaks Out in Song