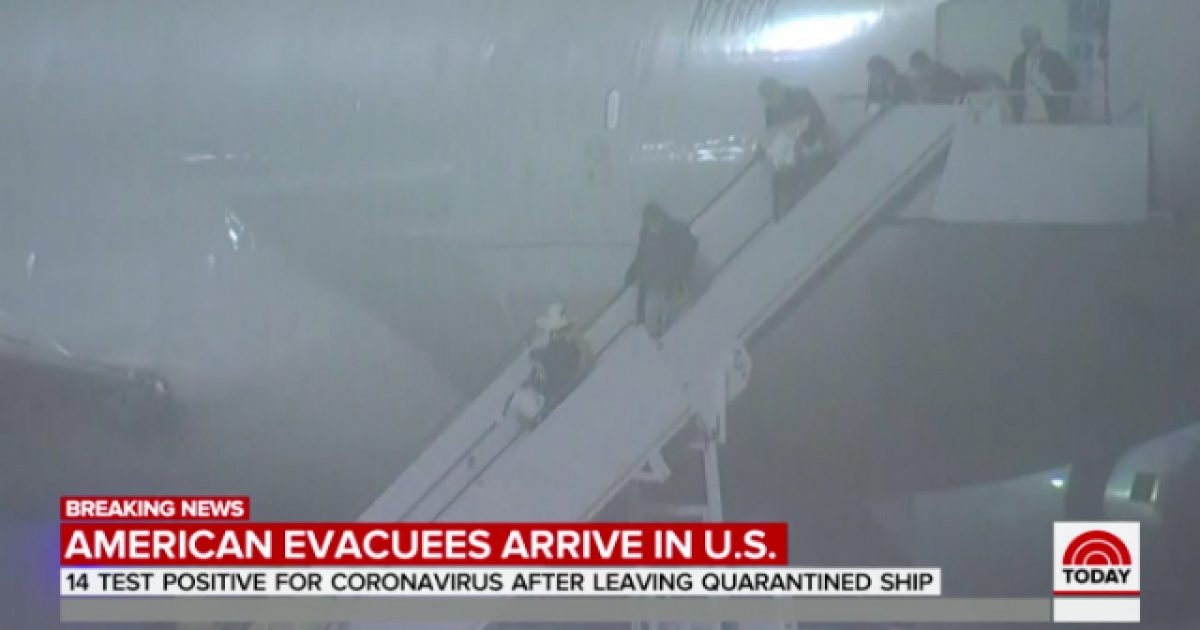 If you weren’t already kind of paranoid about catching the awful flu virus that’s been going around this winter or the coronavirus that’s been ravaging China, you might want to start scrubbing your hands profusely right now, because 14 individuals with the virus have landed in the United States.

These individuals were evacuees from the Diamond Princess cruise ship and were American citizens who have now returned stateside after testing positive for the deadly virus terrorizing the Chinese.

More than 300 people were removed from the cruise ship, which had been quarantined in Japan for 10 days and arrived on Sunday at Travis Air Force Base in California and Joint Base San Antonio-Lackland in Texas.

Among those on board, 14 U.S. citizens tested positive for the mysterious virus in the days before the evacuation process, and officials were notified after they had disembarked the vessel.

The infected passengers were moved to a separate containment area on the planes and were monitored in isolation during travel.

“After consultation with HHS officials, including experts from the HHS Office of the Assistant Secretary for Preparedness and Response, the State Department made the decision to allow the 14 individuals, who were in isolation, separated from other passengers, and continued to be asymptomatic, to remain on the aircraft to complete the evacuation process,” the Departments of State and Health and Human Services said.

Prior to the flights landing, the U.S. had confirmed 15 cases of the coronavirus as the outbreak continues to sweep throughout China and reaches other parts of the world. U.S. officials had previously said that around 40 U.S. citizens aboard the Diamond Princess cruise ship tested positive while the boat was quarantined. It is unclear whether those people were evacuated or not.

Ever since the outbreak of the virus began in Wuhan, more than 1,600 people have died from the illness on the Chinese mainland, while four individuals outside of the country have passed away from it.

At top U.S. health official recently spoke about the coronavirus and the current outbreak of it across the globe, stating that it is “on the verge” of becoming a “global pandemic.”

Just what we need, right? Another thing to be worried about.