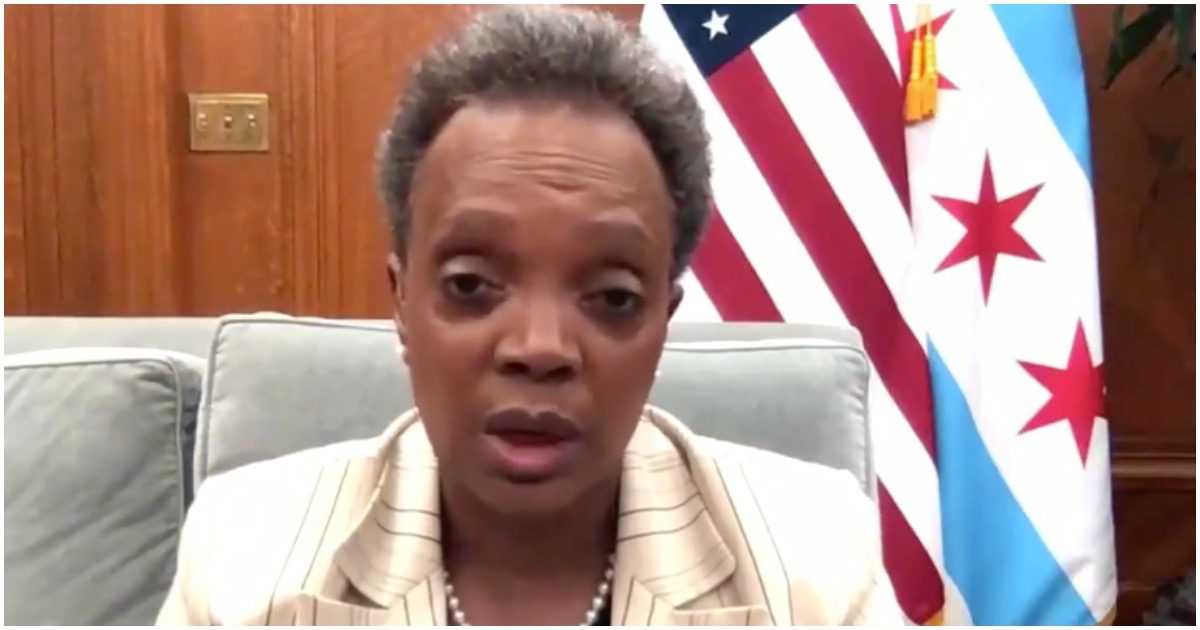 When your city and/or state is run by Democrats, you’re bound to be plagued by rampant violence, homelessness, handouts, illegal aliens, etc. Chicago is a prime example.

On Tuesday, over a dozen people were shot in a scene semi-reminiscent of the St. Valentine’s Day massacre.

Fourteen people were shot Tuesday evening outside a funeral home in Gresham on the South Side — the largest number of victims in a single Chicago shooting in recent memory.

Several police evidence markers placed near spent bullet casings were lying outside the entrance to Rhodes Funeral Services on the north side of the block. All told, Carter said, police recovered 60 of them.

The news comes after Chicago Democrat Mayor Lori Lightfoot tweeted: “Under no circumstances will I allow Donald Trump’s troops to come to Chicago and terrorize our residents.”

“Mr. President or not—I don’t care one bit what your name is,” Lightfoot added. “I will not allow troops in Chicago, and I will do everything in my power to stop you.”

Mr. President or not—I don’t care one bit what your name is. I will not allow troops in Chicago, and I will do everything in my power to stop you. pic.twitter.com/jL5TFgPPKZ

Under no circumstances will I allow Donald Trump’s troops to come to Chicago and terrorize our residents.

The Radical Left Democrats, who totally control Biden, will destroy our Country as we know it. Unimaginably bad things would happen to America. Look at Portland, where the pols are just fine with 50 days of anarchy. We sent in help. Look at New York, Chicago, Philadelphia. NO!

Maxine Waters Hops Out of SUV, Yells At Deputies for Daring to Question ‘A Brother’ (Video)