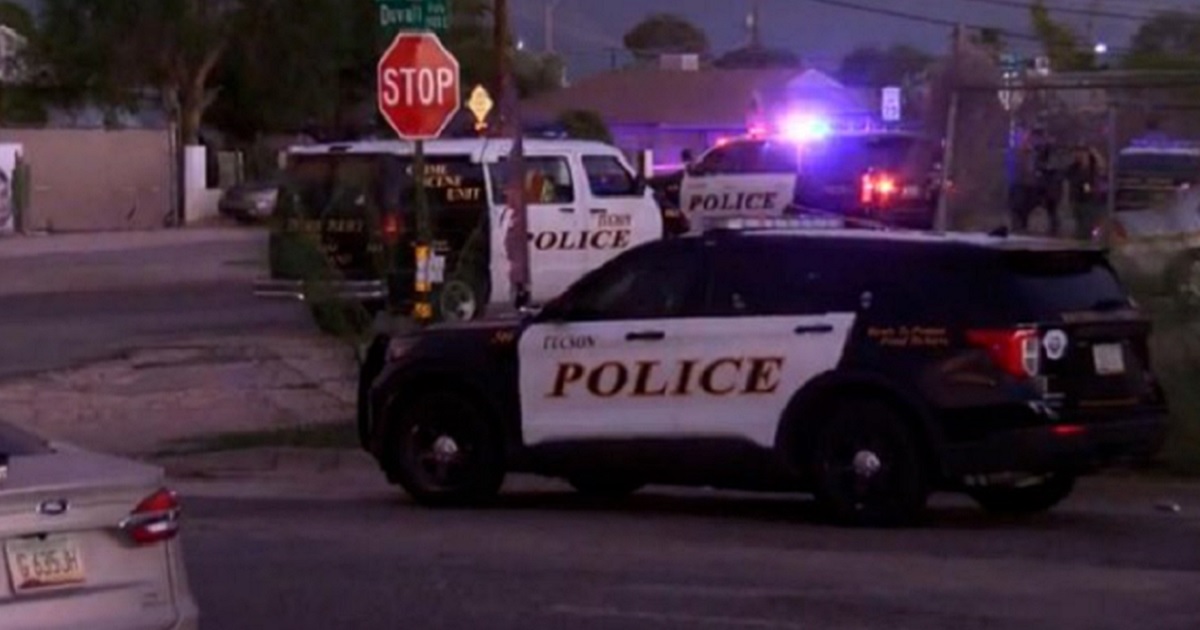 First responders put their lives on the line each and every day to protect those in their community. Instead of recognizing these sacrifices, one man in Tucson, Arizona, chose to attack the very people who were trying to protect their fellow citizens.

According to KOLD-TV, Tucson firefighters were called to a house fire around 3:45 p.m. Sunday. Meanwhile, an ambulance from a private medical transport firm was responding to a call at a community center nearby.

At that time, a man identified as Leslie Stephen Scarlett, 35, allegedly opened fire at EMT workers in the ambulance.

One of the EMTs, a 20-year-old man, was in critical condition after being shot in the head, according to KSAZ-TV. The other, a 21-year-old woman, was shot in the arm and chest and was in stable condition as of Monday, KSAZ reported.

After the first shooting incident, Scarlett allegedly got into an SUV and fled to the scene of the house fire.

Once there, he “fired ‘multiple rounds’ at Tucson Fire Department personnel and neighbors assisting with the fire,” Fox News reported.

One neighbor, identified as named Corey Michael Saunders, 44, was shot in the head and pronounced dead at the scene. A fire captain was also struck in the arm by a bullet. Tucson Fire Department Chief Chuck Ryan told KOLD he was later released from the hospital.

“We are shocked and saddened at this senseless act, and we are praying for our injured partners from AMR Ambulance,” Ryan wrote in a Twitter post.

“Also, I am thankful for the swift actions of our #TucsonPolice to neutralize the threat to the community. More to come, but a dark day for Tucson.”

We are shocked and saddened at this senseless act, and we are praying for our injured partners from AMR Ambulance. Also, I am thankful for the swift actions of our #TucsonPolice to neutralize the threat to the community. More to come, but a dark day for Tucson. 2/2

Eventually, Scarlett found himself in a confrontation with local police officers. He rammed his SUV into a Tucson Police Department cruiser before getting into a shoot-out with Officer Danny Leon, KOLD reported. Scarlett was critically wounded in the exchange, according to KSAZ.

As of Monday, he was in “extremely critical condition at a Tucson area hospital,” the station reported.

Police in Tucson, Arizona, are investigating a deadly shooting rampage across three different crime scenes including a burning house where a charred body was found Sunday. https://t.co/diTIX1CIPG

“After further investigation, an unknown individual was discovered to be dead inside the home involved in the structure fire,” KVOA reported.

The body was too badly burned for investigators to determine even whether it was a man or a woman, KVOA reported.

Sadly, “dark days” like this one are becoming more and more commonplace in cities across America as crime spikes.

Do you think that the rising crime rates across the country are related to the "defund the police" movement?
Yes: 0% (0 Votes)
No: 0% (0 Votes)

While first responders are just trying to do their jobs and keep the community safe, they increasingly have to worry about being ambushed by criminals who harbor ill will towards them.

With a population over half a million, Tucson is the second-largest city in Arizona and the 33rd largest in the U.S. Like most large American cities, it is firmly under control of the Democratic Party and, as a piece on the conservative Townhall website noted July 8, has a history of hostility toward gun rights — at least when it comes to law-abiding citizens.

And, as in many large American cities, the movement to “Defund the Police Department” has received growing support from many city residents, according to Tucson.com, the website of the Arizona Daily Star.

“When one-third of the city budget goes towards policing, you almost admit that something has gone off the rails,” Black Lives Matter Tucson member Tiera Rainey told Romero and the city council during a meeting, Tucson.com reported in July 2020.

“But people have been begging you for weeks to resource our communities. They have said that police don’t solve problems, they often exacerbate and escalate violence, no matter how many trainings and cameras you give them.”

This attitude has undoubtedly led to more hostility towards officers who are just trying to do their jobs. As crime continues to rise, such rhetoric is extremely dangerous.

And as shown by soaring crime rates and violence in cities across the country — virtually all of them run by Democrats — the political party in power can make a difference.