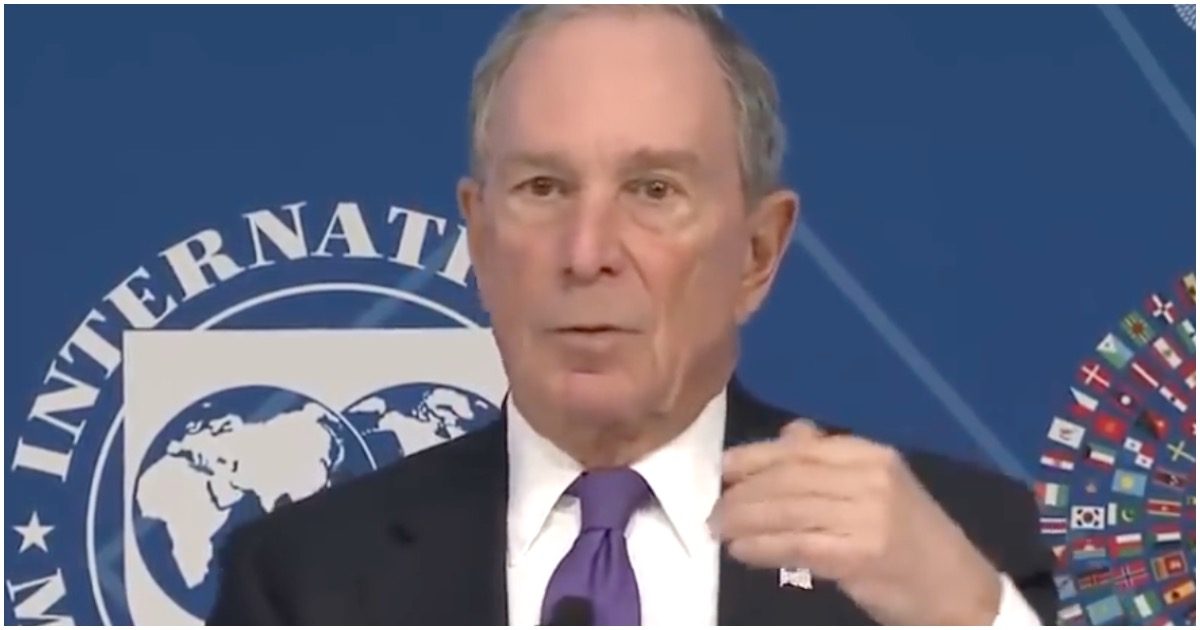 Former New York City Mayor Michael Bloomberg once claimed that he earned his spot in heaven thanks to his nanny state policies. You read that correctly. The far-left billionaire says he has a first class ticket to heaven, “if there is a God,” because he did what he could to prevent people from enjoying their rights as Americans. You can’t make this stuff up. From Breitbart:

Bloomberg made the remarks in a 2014 New York Times article detailing his plan to drop $50 million on gun control efforts, targeting the NRA.

He said, “I am telling you if there is a God, when I get to heaven I’m not stopping to be interviewed. I am heading straight in. I have earned my place in heaven. It’s not even close.”

Bloomberg, who is supported by Judge Judy, admitted earlier this year that he shouldn’t be running for POTUS.

The billionaire essentially DQ’d himself before he even got into the contest. What will excuse be now that he’s running? He’s suddenly not too old?

How would that work?

Check it, via Daily Wire:

Democrat presidential candidate Michael Bloomberg suggested earlier this year that he was too old to run for president and that if he decided to run that he would have to be “willing to change all” his political views.

“I’ve assembled a team already to go,” Bloomberg said in March at the Bermuda Executive Forum New York. “But at some point you got to say, ‘look, I would be 79 years old when I took office.’ People say, well Ronald Reagan was 80 when he left, yeah, when he was 80 they carried him out gaga. That really is very close; I don’t mean to exaggerate it, but that is very close to being true.”

He continued, “I just couldn’t see a path where I could get the nomination and to spend the next year and a half, two years of my life campaigning, no matter how much I love campaigning — I’ve had three campaigns, won them all. New York City is anything but an easy place to do business and politics — it’s every problem in the world is here and you have to address everything.”