One of the more significantly bizarre storylines of the 2018 calendar year was the culmination of the feud between Donald Trump and Elizabeth Warren.

Warren, who is a long time member of the US Senate, has long touted her Native American heritage publicly, even going so far as to receive financial benefits from that particular distinction when it came time to go to college.  President Trump, even before becoming President, was doubtful of Warren’s assertion, publicly debating the authenticity of her story.

At one point, Donald Trump even bet Warren $1 million that she couldn’t prove her ethnicity via a DNA test.  Warren fell for the ploy, took the test, and released the results publicly even though they were quite damning to her long-held assertion.

Now, with 2020 looming, and Warren’s name on the short list of possible candidates, the democratic party is urging the Senator to apologize for her continued assertion of Native American heritage…mostly because the DNA test showed exactly zero specific indication of such ancestry, instead only serving to prove that Warren had a minute fraction of DNA from the people of Central America, who could possibly have crossed over into the modern confines of the US to become the First Nations people of America.

Sen. Elizabeth Warren’s (D-MA) DNA test was such a fiasco, her advisers and even the far-left New York Times are worried this “lingering cloud over likely presidential campaign has only darkened.”

“More worrisome to supporters of Ms. Warren’s presidential ambitions,” the Times writes, is that “she has yet to allay criticism from grass-roots progressive groups, liberal political operatives and other potential 2020 allies who complain that she put too much emphasis on the controversial field of racial science — and, in doing so, played into Mr. Trump’s hands.”

“Advisers close to Ms. Warren say she has privately expressed concern that she may have damaged her relationships to Native American groups and her own standing with progressive activists, particularly those who are racial minorities.”

The democratic party has been on a streak of failures in recent years, sparked by Hillary Clinton’s embarrassing loss to Donald Trump in 2016, and the ensuing radicalization of their base. 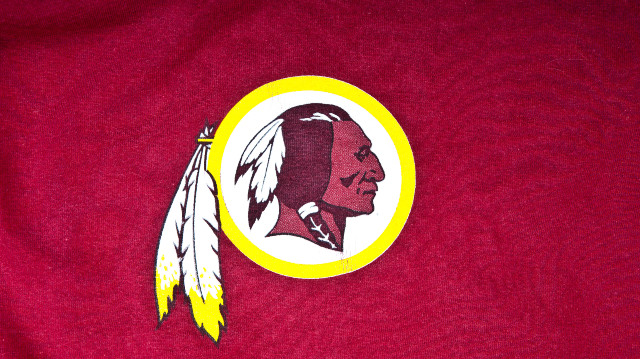 All weekend long rumors floated around the Internet that the Washington Redskins would be capitulating to the insanity of radical leftist social justice warriors and would change their name, as many in the liberal movement say it’s “offensive” to Native Americans. Never mind, of course, that the team was actually named by Native Americans, nor the fact that the logo was also designed by a Native American. Well, it turns out the rumors are true. The Redskins announced on Monday they would indeed be changing the team’s name. Sad times, folks. Sad times. Here’s more on this from The Washington Examiner: The team, which has gone by the old name since the 1930s, announced on Monday that it will no longer use the term “Redskins” after critics have claimed it was racist and insensitive to Native Americans. In a statement team owner Dan Snyder and head coach Ron Rivera said they are “working closely to develop a new name and design,” which have not yet been revealed. The Washington Post reported that the team is unable to reveal the new name because there is an ongoing trademark dispute. Synder, who purchased the team in 1999, has repeatedly refused to change the team name and defended it in previous years, but calls for the team to change its name were renewed following the death of George Floyd in Minneapolis police custody. Protests, which were mostly peaceful, have spread across the country, demanding an end to systemic racism and police brutality. Some cities are still having demonstrations six weeks after his death. You can almost guarantee that with the faltering of the Redskins to political correctness, pressure will be applied to other sports teams such as the Cleveland Indians, Kansas City Chiefs, and the Atlanta Braves. All of these teams use Native…