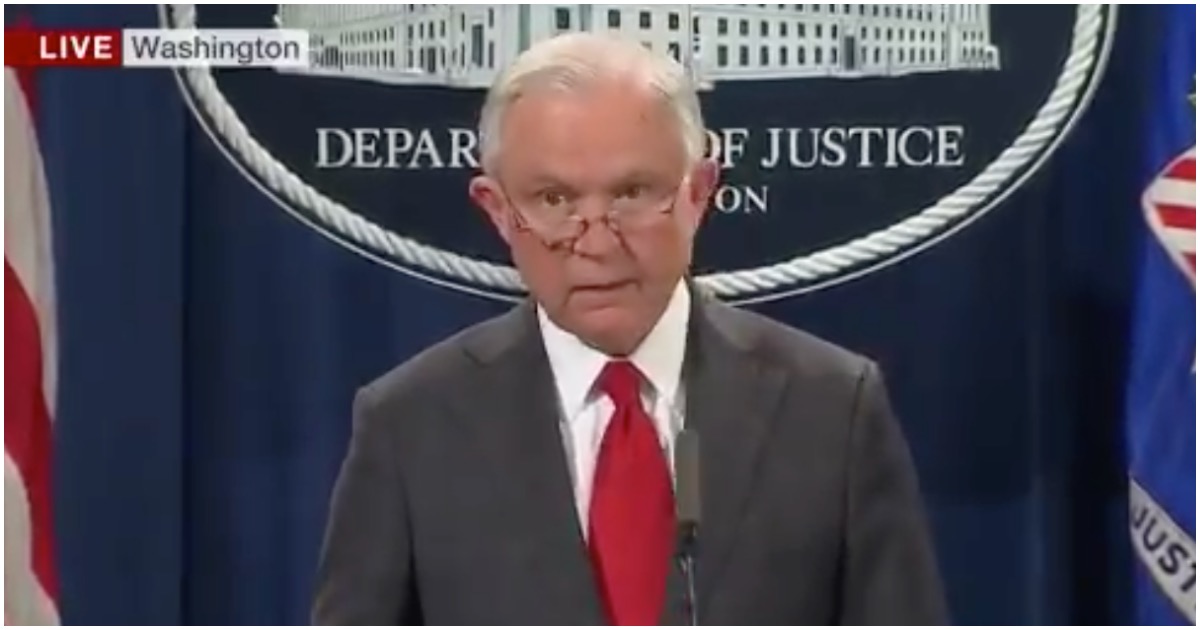 As the country now knows, suspected mail ‘bomber’ Caesar Sayoc has been caught and arrested.

Now, Attorney General Jeff Sessions says Sayoc could potentially be charged with five federal crimes and serve up to 58 years in prison – which was later corrected to 48 years.