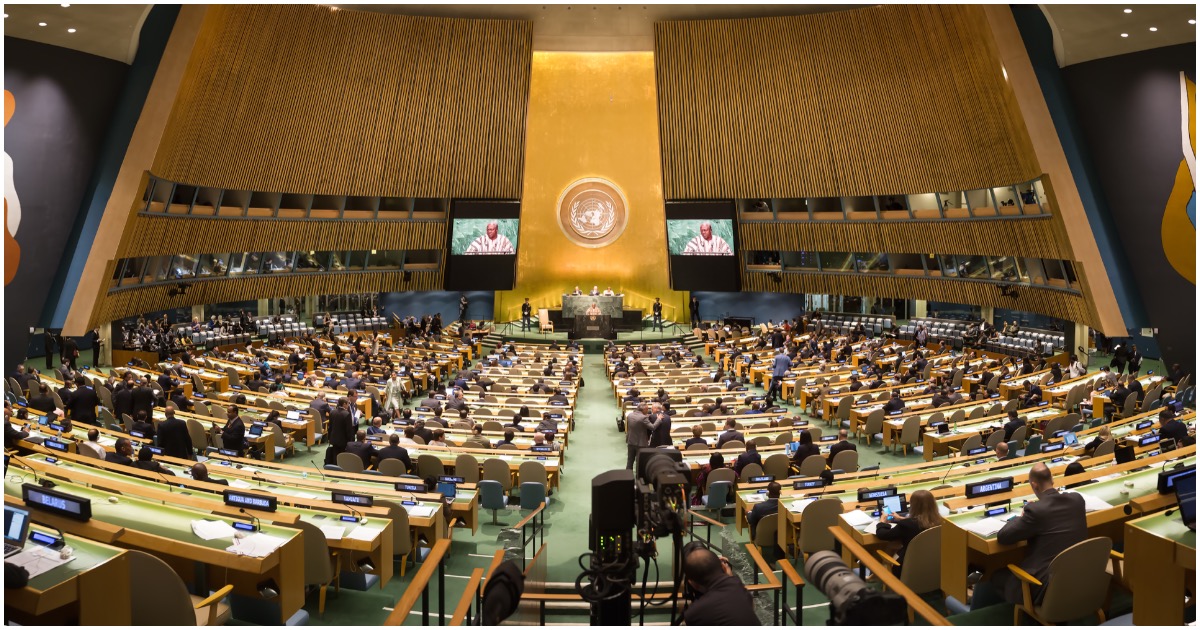 11 out of 10 American Democrats would probably agree with 54 countries at the United Nations that said something unbelievably ridiculous about concentration camps in China.

Stupid is as stupid does, and liberals have mastered their craft. No more dilly dallying. Let’s just get right into it. Here’s the deal, via Breitbart:

A group of 54 United Nations members issued a statement Tuesday defending China for building over 1,000 concentration camps to imprison, torture, indoctrinate, rape, and kill Muslims, crediting the camps with building “a stronger sense of happiness” in the country.

Belarus, often considered the last dictatorship standing in Europe, delivered the statement on behalf of the China-allied nations at the General Assembly in response to a group statement condemning China’s human rights atrocities.

China has built hundreds of concentration camps in western Xinjiang province – home to the nation’s Muslim Uyghur ethnic minority – since late 2017, which it has used to imprison up to 3 million Uyghurs, Kazakhs, and Kyrgyz Muslims. Survivors of the camps, mostly Kazakhs or Uyghurs married to foreign nations who appealed abroad for their freedom, say they were subject to forced sterilization and beatings, forced to memorize Communist Party propaganda songs, affirm their loyalty for dictator Xi Jinping, and serve as sex slaves for guards at the camps. Some also accused China of using the prisoners for slave labor to manufacture products sold in, among other places, the United States.

President Trump built a thriving economy, now a decent chunk of American companies who manufacture in China are heading back home.

Might this just be the beginning of a massive influx?

Trump said to reporters, “It’s a bad situation they put themselves in. And I just saw, it came over the wires that 13% of certain companies are going to be leaving China in the not too distant future. That’s a big thing. 13% of companies will be leaving Chinain the fairly near future. And I’m not surprised to hear that. And I think it’s going to be much higher.”

ICYMI: Climate Change Protesters Are Being Paid to Disrupt [Details]