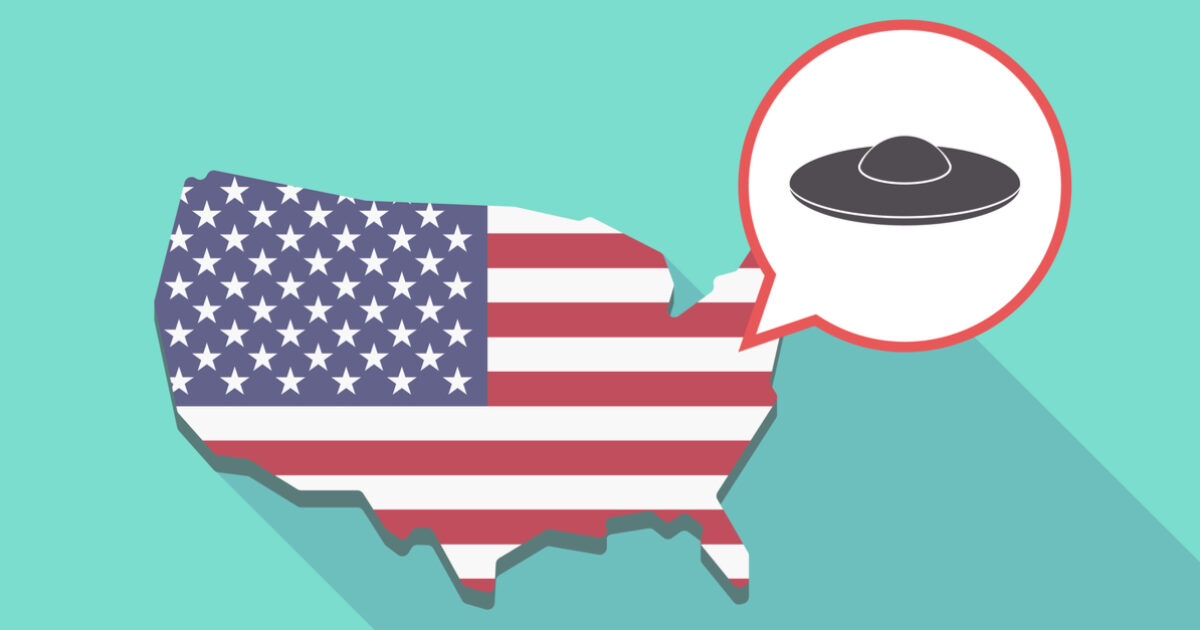 When it comes to the relationship between the US government and her citizens, there is little doubt that trust is an issue.  We’ve long understood that the large, cumbersome, federal agencies that our tax dollars fund are keeping many of us in the dark, and that rightly irks a great many Americans.

Perhaps there is no better example of this secrecy than on the subject of UFO’s, beginning with the purported crash of a flying saucer in Roswell, New Mexico back in the late 1940’s, and continuing to this day with incidents such as the “Tic Tac” encounters reported by members of the armed forces.

On Sunday night, mainstream news outfit 60 Minutes aired one hellacious report on the subject, featuring one of the Pentagon’s most well-respected researchers on the subject.

Luis Elizondo spent 20 years running military intelligence operations worldwide: in Afghanistan, the Middle East and Guantanamo. He hadn’t given UFOs a second thought until 2008. That’s when he was asked to join something at the Pentagon called the Advanced Aerospace Threat Identification Program, or “AATIP.”

Lue Elizondo: The mission of AATIP was quite simple. It was to collect and analyze information involving anomalous aerial vehicles, what I guess in the vernacular you call them UFOs. We call them UAPs.

Bill Whitaker: You know how this sounds? It sounds nutty, wacky.

Lue Elizondo: Look, Bill, I’m not, I’m not telling you that, that it doesn’t sound wacky. What I’m telling you, it’s real. The question is, what is it? What are its intentions? What are its capabilities?

Buried away in the Pentagon, AATIP was part of a $22 million program sponsored by then-Senate Majority Leader Harry Reid to investigate UFOs. When Elizondo took over in 2010 he focused on the national security implications of unidentified aerial phenomena documented by U.S. service members.

Lue Elizondo: Imagine a technology that can do 6-to-700 g-forces, that can fly at 13,000 miles an hour, that can evade radar and that can fly through air and water and possibly space. And oh, by the way, has no obvious signs of propulsion, no wings, no control surfaces and yet still can defy the natural effects of Earth’s gravity. That’s precisely what we’re seeing.

Kind of amazing how quickly the Pentagon has gone from "UFOs? Just weather balloons and swamp gas" to "yeah, everyday we see shit we can't explain." Don't know what to make of it. https://t.co/iKkgK7RSky

It's still surreal to me that the Pentagon declassified UFO knowledge, and the whole country collectively shrugged because we had more pressing issues over the past year.
Issues that supercede the possible existence of extraterrestrial life! https://t.co/1LtGMpDt8Z

My friends in the UFO community after tonight's @60Minutes pic.twitter.com/WuUxkXtldA

UFO researchers have long suggested that a massive “disclosure” event could soon be on the horizon, and this 60 Minutes report seems to jibe with that outlook rather explicitly.