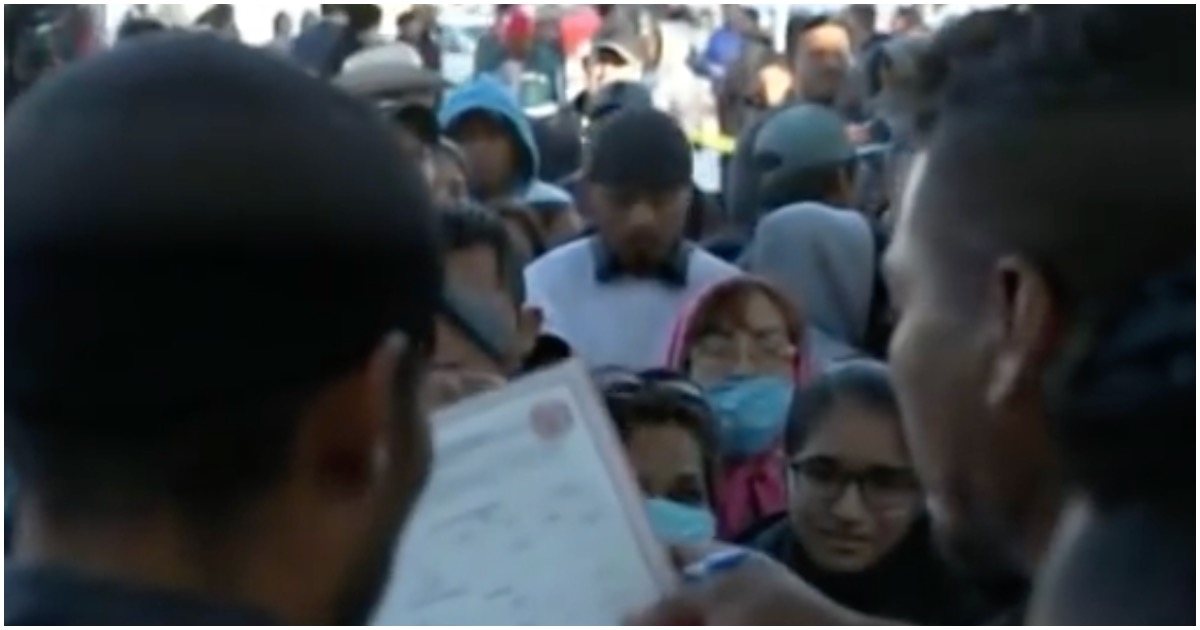 Residents of Tijuana, Mexico want the migrant caravans from Central America to leave.

This is exactly what would happen to America if Democrats were in control and let the migrants over the border illegally.

One female Honduran migrant is not happy with the food she’s being served for free.

According to her, it’s “pig food.”

Hundreds of Tijuana residents gathered on Sunday to protest the caravan migrants that are coming through Mexico to the United States, warning that “Donald Trump was right, this is an invasion!” and chanting “get out Hondurans, we do not want you here.”

“Tijuana residents waved Mexican flags, sang the Mexican national anthem and chanted “Out! Out!” in front of a statue of the Aztec ruler Cuauhtemoc … they accused the migrants of being messy, ungrateful and a danger to Tijuana,” The Associated Press reported. “They also complained about how the caravan forced its way into Mexico, calling it an “invasion.” And they voiced worries that their taxes might be spent to care for the group.”

Vice President Mike Pence dropped some pretty interesting news about the caravan the mainstream media should care about.

Funded by outside leftist sources?

Pence noted while speaking to the president of Honduras: stop the caravan or the U.S. will no longer provide aid to the country.

The original “organizer” of the march has been detained, per Reuters:

Trump Is Asked About Avenatti’s Domestic Abuse Arrest, His Response Is Priceless