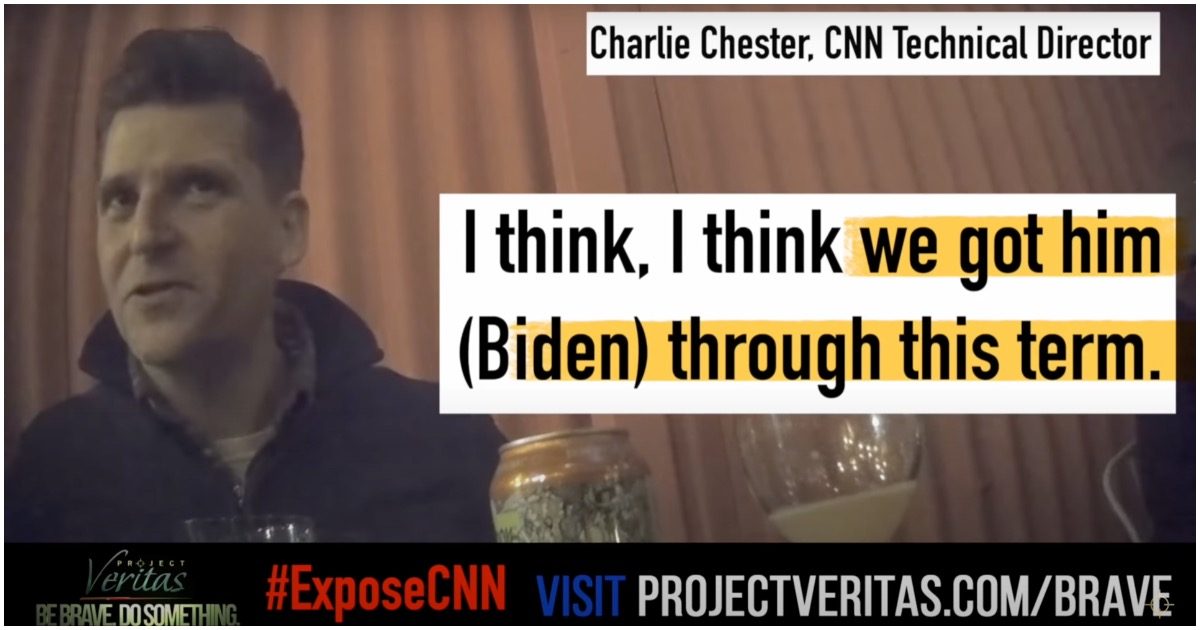 That’s just one of the partisan left-wing sentences uttered by a technical director over at CNN.

James O’Keefe’s Project Veritas released explosive video on Tuesday that showed CNN Technical Director Charlie Chester admitting that the network worked to get President Donald Trump out of office and that the network creates “propaganda” on issues they know little about.

While explosive, the footage likely will not come as a surprise are many; polling has shown that CNN is the least trusted cable news network and is the most divisive media brand in the country.

We all owe a debt of gratitude to Project Veritas for doing the work the actual mainstream media refuses to do.

“If the agenda say, is to get @mattgaetz right now, he’s like this Republican. He’s a problem for the Democratic Party…So we’re(@CNN) going to keep running these stories to keep hurting him.” pic.twitter.com/6Gjr8R7Eh5

O’Keefe then confronted the guy!

BUSTED: I Confronted @CNN Director, Charlie Chester, About His Claims That The Network Used “Propaganda” and “Fear” To Push Their Message.

He was not happy to see me… pic.twitter.com/8FoGUMCpAo