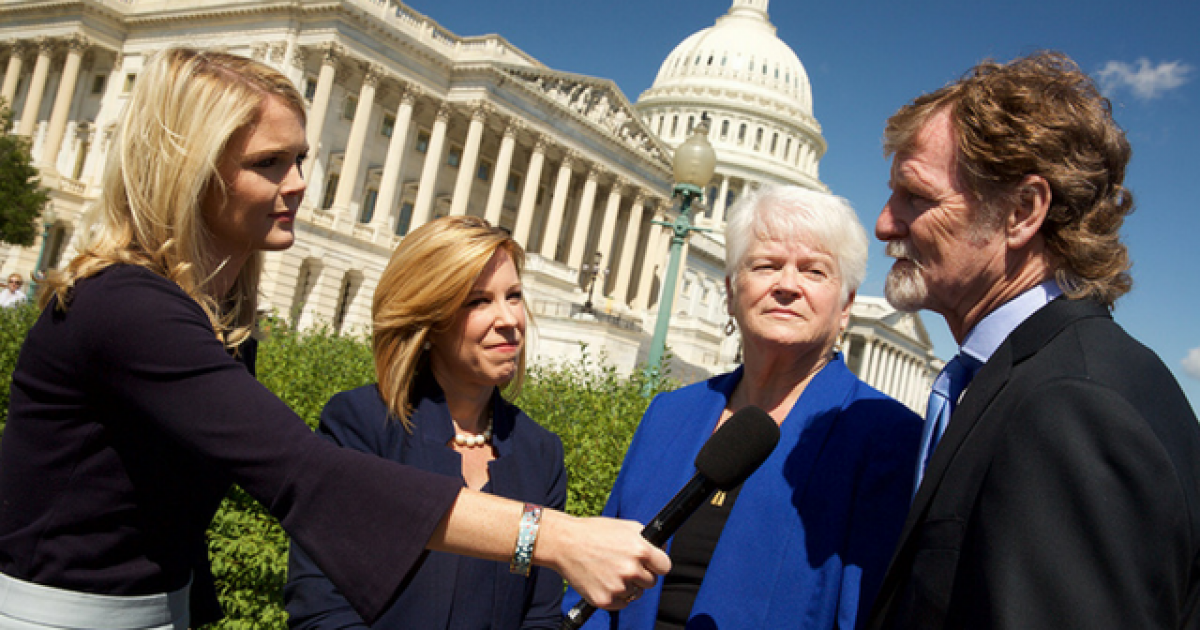 On the surface, it appeared this past week’s SCOTUS ruling on florist Barronelle Stutzman’s refusal to provide floral arrangements for a gay “wedding” was a victory for religious freedom.

But it, like the Masterpiece Cake Shop decision from earlier this month, has its nuances, and may not be the slam dunk for Constitutional religious freedom that Christian small business owners in this nation sorely need after the historic Obergefell v. Hodges case that established same-sex marriage as legal across the land.

Author and commentator Dr. Michael Brown explained these nuances over at Charisma News this week, urging the church to pray that we can eventually get the day in court that we’ve been waiting for.

First, he says, it is important to note that the Court did not rule in favor of Stutzman, but rather, sent her case back to the Washington court that had originally ruled unanimously against her.

“The Supreme Court could have agreed to hear Stutzman’s case, but it chose not to at this point,” he says. But this isn’t all bad news, as “It could also have refused to hear the case entirely, which would have been a devastating defeat for this Christian grandmother. Thankfully, that did not happen.”

“But what the court did decide is significant. The court sent the case back to Washington, advising the justices there to reconsider their initial decision, which found Stutzman in violation of the state’s anti-discrimination laws, in light of the Supreme Court’s own decision in Masterpiece Cakes,” he explains.

In the Masterpiece Cake decision, the Court did not actually rule in favor of baker Jack Phillips because of his Constitutional right to refuse to lend his services to a ceremony that violated his deeply held faith, but that the Colorado Human Rights Commission had shown distinct hostility towards said faith.

This was a First Amendment issue, the court said, because he was deprived of a trial that would show no bias towards his faith–the issue as to whether or not a small business owner has a First Amendment right to refuse to provide services to a same-sex wedding, Justice Kennedy, who wrote the decision, said, would have to wait for another day.

So this is the context in which SCOTUS said the Washington Supreme Court would have to reconsider Stutzman’s case. While SCOTUS overturned the Colorado Human Rights Commission’s ruling on Phillip’s case, they instead sent Stutzman’s case back to the lower court, so this is an important distinction to make when considering the outcome, as Brown clarifies:

Can we expect them to change their ruling in light of the Supreme Court’s order? It would be foolish to get too optimistic, given their previous 9-0 decision. Yet it’s clear that the case was returned to them for a reason. And should they rule the same way again, the case will surely be appealed back to the Supreme Court.

Perhaps, if that scenario unfolds, the court will issue a more definitive defense of our First Amendment rights.

But let’s pray even now for justice to prevail. The State of Washington has literally sought to bankrupt this Christian grandmother. Specifically, “Washington State Attorney General Bob Ferguson and the American Civil Liberties Union (ACLU) of Washington … filed discrimination lawsuits” against Stutzman. “In addition to targeting her business, Arlene’s Flowers, Inc., they sued Stutzman personally, ensuring that any assets she might own beyond the flower shop could be taken from her to pay their own legal fees if she lost.”

Are you going to tell me there is no animus against religion in these outrageous actions? It’s high time these hostile sentiments get exposed.

The battle for religious freedom following Oberfield v. Hodges is far from over–but between these recent rulings and the hope of yet another originalist appointed to the court, there’s good reason to hope.