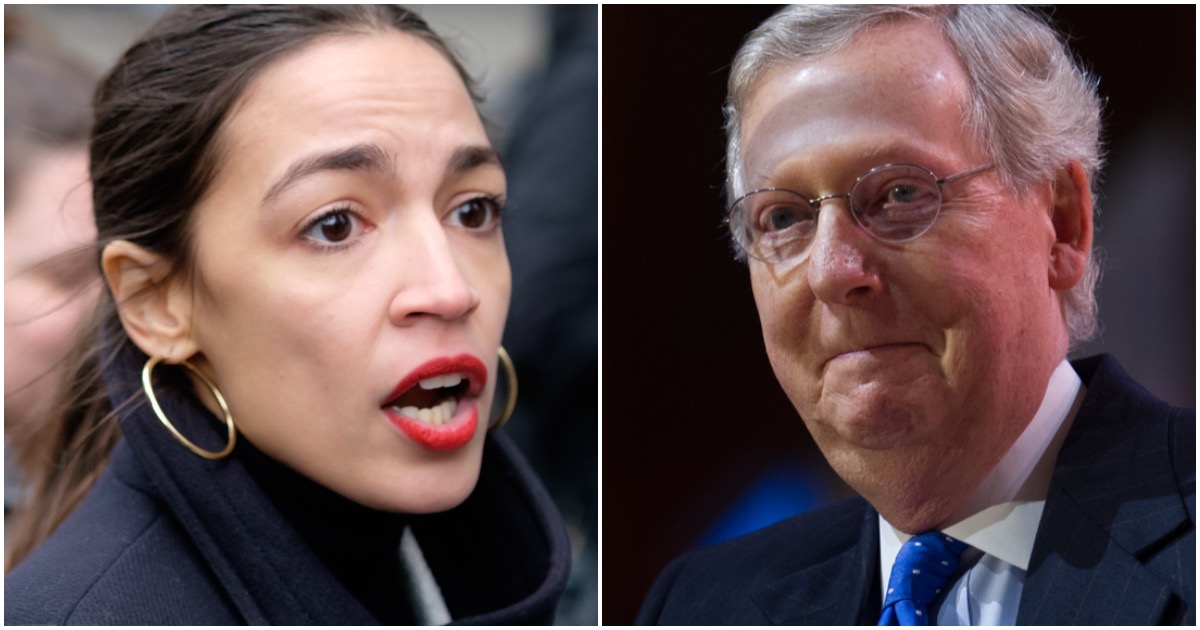 She’s not, though. In fact, she’s kind of ticked off.

AOC called the upcoming vote “a disgrace,” and also told the GOP they need to “learn to govern.”

Yes, a woman who wants to raise taxes sky high and doesn’t understand what America stands for is telling Republicans to “learn to govern.”

Socialist Rep. Alexandria Ocasio-Cortez (D-NY) tweeted in anger on Saturday over Senate Majority Leader Mitch McConnell decision to allow a vote on her $93 trillion “Green New Deal” next week, saying McConnell was “wasting votes” and that it was “a disgrace.”

Ocasio-Cortez’s anger was sparked by a report in The Washington Post that noted that Republicans are elevating the fringe, far-left-wing of the Democratic Party — which includes Ocasio-Cortez — to see which 2020 Democratic presidential candidates align with their agenda.

The Post notes that that effort begins next week with a “midweek vote on the Green New Deal” to see which Democrats support the plan, which is a massive government takeover of private industries.

The GOP’s whole game of wasting votes in Congress to target others “on the record”, for leg they have no intent to pass, is a disgrace.

Stop wasting the American peoples’ time + learn to govern. Our jobs aren’t for campaigning, & that’s exactly what these bluff-votes are for.

The GOP’s whole game of wasting votes in Congress to target others “on the record”, for leg they have no intent to pass, is a disgrace.

Stop wasting the American peoples’ time + learn to govern. Our jobs aren’t for campaigning, & that’s exactly what these bluff-votes are for. https://t.co/ELzpQhlezo

Ocasio-Cortez is “the boss.”

‘This Is Not the End!’ Maxine Waters Vows to Keep Digging for Russia Collusion [Watch]

Trump’s attack on the election will cause lasting damage
November 28th, 2020 Liberty Unyielding

US Citizen: I Saw The Socialist Revolution Beginning In Chile – Now It’s Happening In The US
November 28th, 2020 DC Dirty Laundry