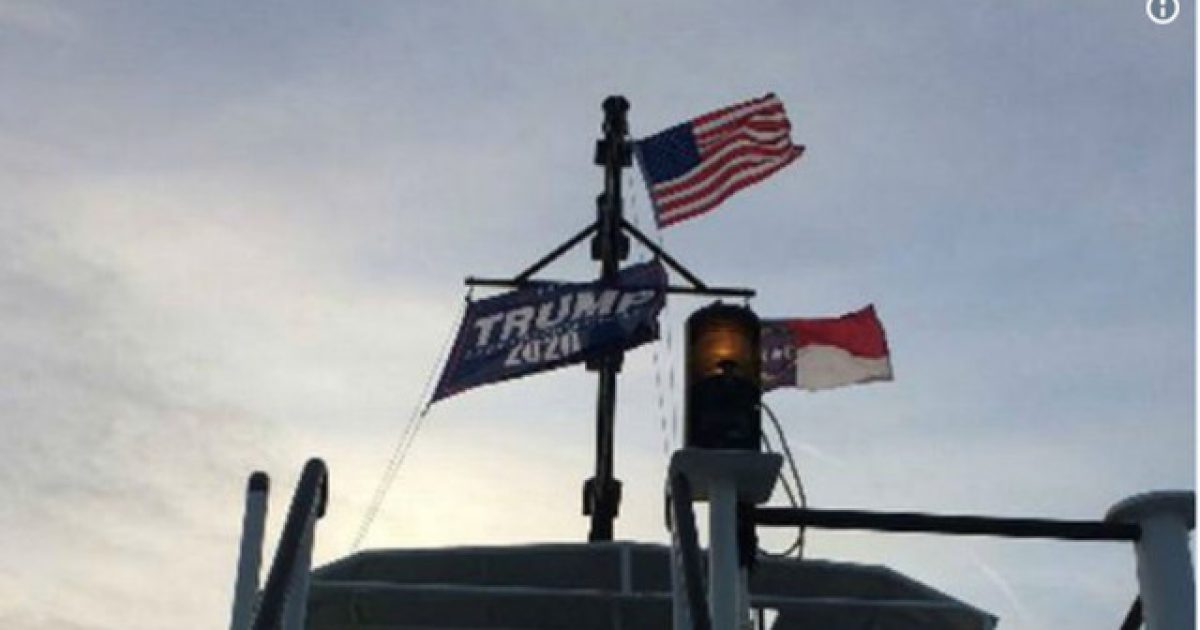 The captain of a ferry boat, along with several of his crew members have been suspended for openly supporting President Donald Trump after he posted a picture of a pro-Trump flag being hoisted on his boat, right next to the North Carolina state flag.

Apparently, it’s frowned upon in the state of North Carolina to openly support a political candidate or individual on your ferry boat. Who knew?

“Officials with North Carolina’s ferry system have suspended a boat captain and crew member for a week after they hoisted a flag supporting President Donald Trump’s re-election on a state-owned ship.,” AP reports.

The North Carolina Ferry Division took action after a passenger on the MV Frisco ferry took a photo of the flag and posted it to social media.

“No matter the political viewpoint, any sort of campaign material on a state ferry is in violation of policy,” Hass told the press.

The real question we all need to be asking here is whether or not the state of North Carolina is consistent in the application of this rule? If they suspend liberals for the same sort of action, then, well, that’s just fine. However, if they happen to let things slide depending upon who the captain supports politically, then we have a problem.

It’s well known that progressives are a-okay with punishing conservatives for their support of Trump, citing similar rules to the one mentioned above, however, they tend to turn the other cheek when it’s one of their own.

As it stands, as long as the rules are applied equally, there’s really nothing anyone can say or do about what happened to this guy. Hopefully his suspension is lifted soon and he can get back to work, providing for his family.