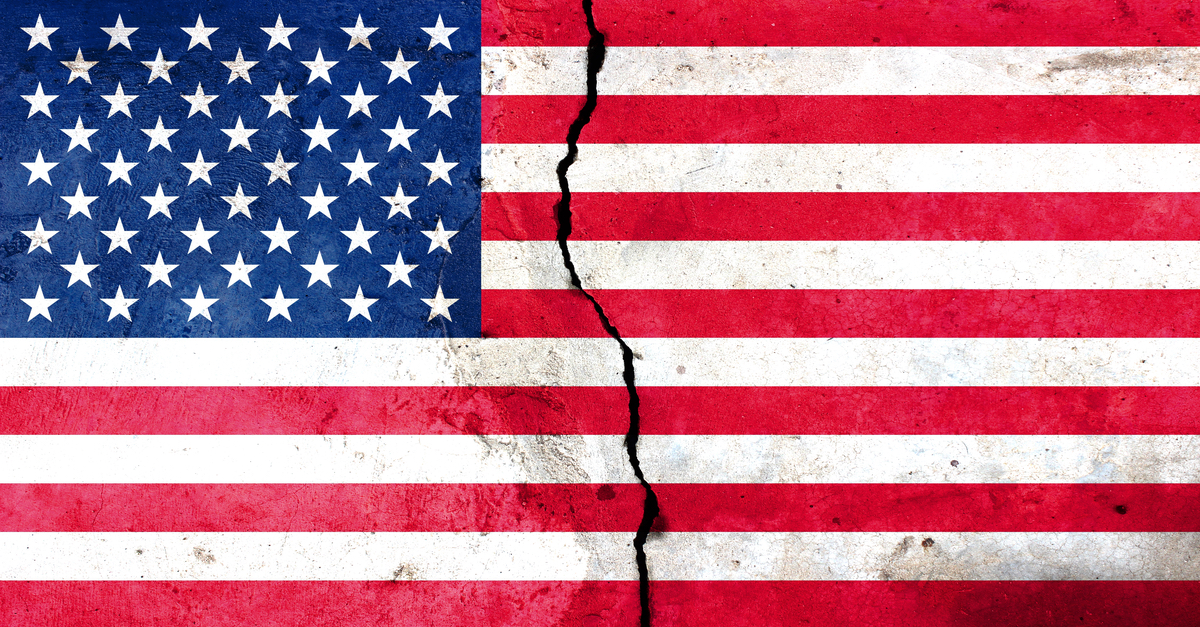 Thanks in no small part to the manufactured outrage of the mainstream media, our nation is in a perilous place.  We are divided in ways not seen since the Civil War, as the two parties in power seem to have no qualms about burning it all down so long as they’re the last ones standing.

It’s disheartening, really.  This is a nation built on the tenets of equality and unity, and this latest turn toward political violence is patriotically bankrupt.

In a stark reminder of just how bad things have gotten, a recent poll reveals that an alarming number of Americans are finding favor in secession.

A shocking YouGov poll found that 66% of Republicans in southern states want to secede from the United States.

The survey, by YouGov in conjunction with BrightLineWatch, looked at the current political climate in America. The most stunning question concerned support or opposition for the state in which respondents lived in “seceding from the United States to join a new union with [list of states in new union]?”

And this is nothing new:

A similar poll was conducted just weeks after the January 6th attack on the Capitol, and results were similar. But six months later, any notion that political frustrations have cooled seems to be misguided.

The news comes less than a month before a notable date among hardcore Trump supporters, after MyPillow CEO and Trump confidante Mike Lindell suggested that the former President will be reinstated to the White House before August 13th.

As Problems Pile Up, Biden Approval Dips Below 50%