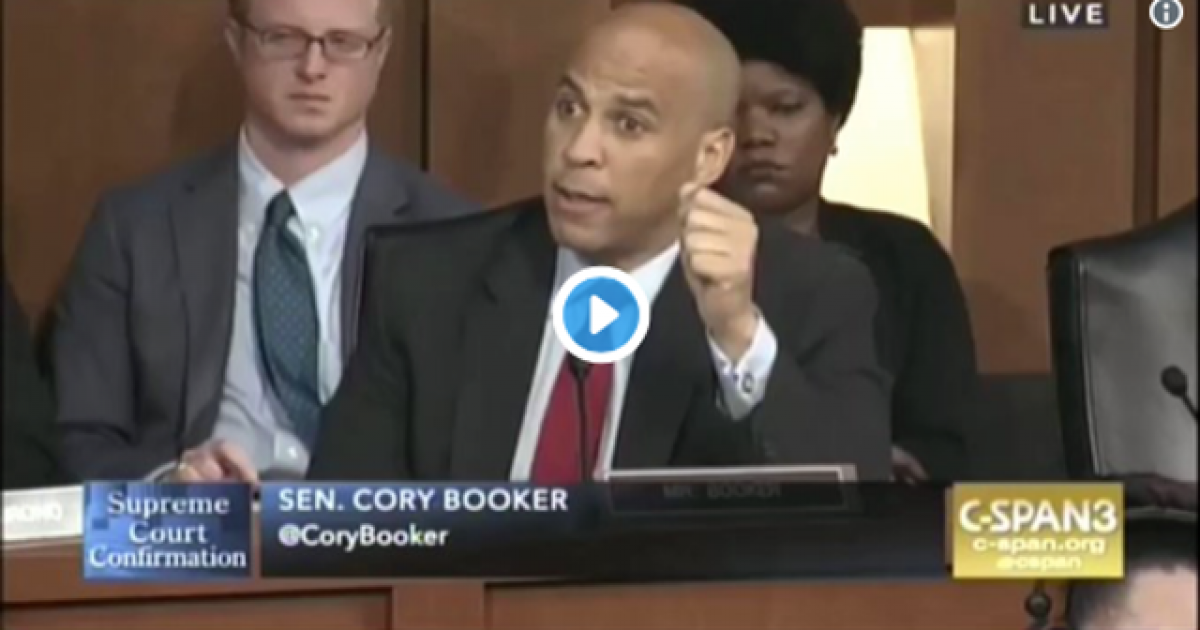 A video by The Washington Free Beacon spoofing Sen. Cory Booker’s remarks during the Supreme Court confirmation hearing of Judge Brett Kavanaugh is going viral and when you see it, you’ll understand why.

The video itself pokes fun of Booker for his little melodramatic “Spartacus” moment. This is pure gold, folks.

Booker had boasted over releasing what he claimed were confidential documents related to Judge Brett Kavanaugh, bragging, “This is about the closest I’ll probably ever have in my life to an ‘I am Spartacus’ moment.”

Booker’s boasting turned out to be hollow after it was revealed that the documents had already been offered to him before his braggadocio took center stage. Bill Burck, the George W. Bush records representative who led the review of Kavanaugh’s records, stated, “We cleared the documents last night shortly after Senator Booker’s staff asked us to. We were surprised to learn about Senator Booker’s histrionics this morning because we had already told him he could use the documents publicly. In fact, we have said yes to every request made by the Senate Democrats to make public documents public.”

This guy seems really, really excited to be breaking the rules, doesn’t he? What’s next? Driving ten miles per hour over the speed limit? What a rebel!

It’s clear that Booker is desperate to get reelected so he’s attempting to make it look like he’s actively working against Trump, taking tangible steps to “resist” the awful, evil empire that dares to threaten our great nation with greater liberty and more economic prosperity.

If this man doesn’t understand how much of a joke he is, then the delusions he keeps active in his brain have officially taken over.