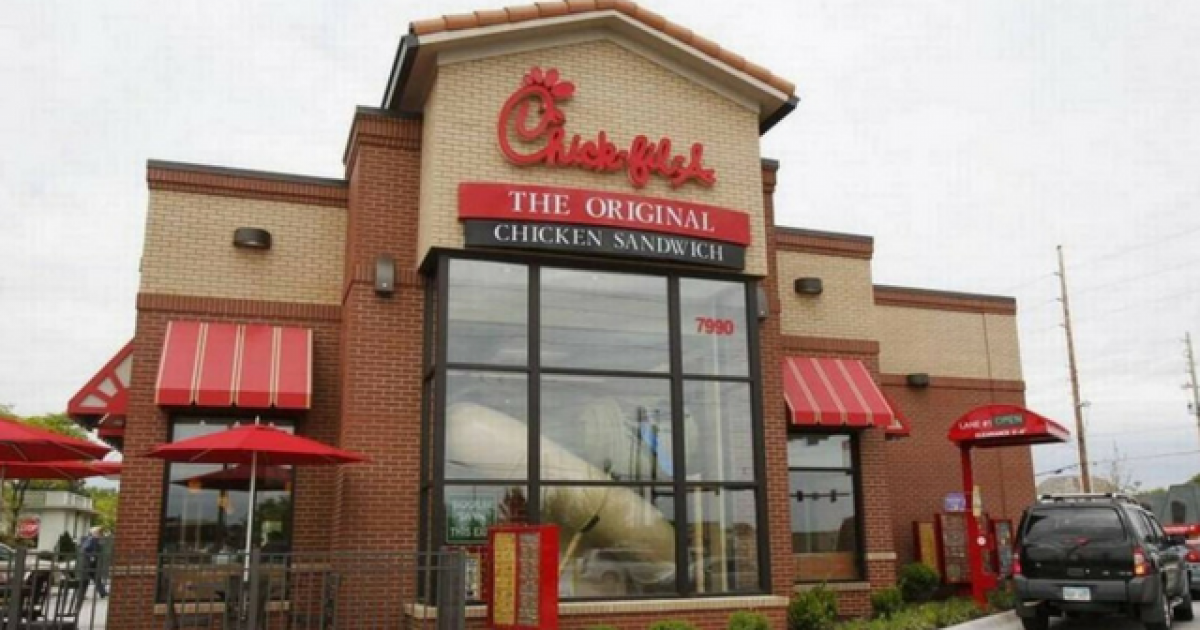 There are so many reasons to love Chick-fil-A.

Their chicken is tasty. Their facilities are clean. Their employees are always, without fail, polite, happy, and eager to please. Their business model is based on the Christian principle of humble service, which is clearly reflected in the way they treat their customers. Their employees have been seen praying together before their shifts.

Some have even wondered if the calories in their food even count or if they are, indeed, the Lord’s calories.

They also are hilariously hated by the left for their CEO’s Bible-based, pro-traditional-marriage views and the fact that their repeated attempts to boycott the restaurant fail because normal people don’t care about the ideology of their crispy chicken sandwiches.

The stories of Chick-fil-A’s superior customer service and the successful business model never get old, but this story out of San Antonio, Texas, is definitely one for the ages:

A Texas woman just delivered her baby in a Chick-fil-A bathroom, and the infant was swaddled in towels the employees warmed up for them, despite the restaurant being closed, and wrapped in her husband’s Trump shirt.

In a Facebook post, the Griffin family shared how they ended up delivering their baby girl in the bathroom of Chick-fil-A after meeting their friends at the restaurant so they could leave their other children with them on their way to the hospital.

The restaurant was closed, but employees, being the saintly Chick-fil-A employees that they were, let the laboring Falon Griffin use the bathroom. When she began to scream from the stall, they went and got her husband, Robert, who discovered her wife on the toilet where the baby was already crowning.

The Daily Wire has the rest of the incredible story:

“Sweetie, we are gonna have to do this right here, right now,” Robert recalled saying to his wife.

Robert claims he yelled to the manager of the Chick-Fil-A to call 911 and to bring clean towels.

“Maggie and I started delivering our baby,” Robert wrote. “When she got to the shoulders, I realized the chord [sic] was wrapped around her neck TWICE.”

Robert said he kept calm so he wouldn’t alarm his wife and told her to relax while he unwrapped the cord from the baby’s neck. The couple also claims they were using a speaker phone to communicate with first responders who were on their way. The Griffins even cut the cord while still in the bathroom. Robert wrote, “With two more strong pushes, and using my shirt for a towel, out came Gracelyn Mae Violet Griffin.”

Robert shared a photo of the shirt he used: a Trump 2020 shirt.

The employees at Chick-Fil-A helped the couple by warming up towels to help keep the new baby girl warm.

“The hospital had me sign the birth certificate as the attending physician,” says Robert. “I think it’s pretty ironic that a proud conservative, Christian family would have a baby in a Chick-Fil-A, and wrapped in a Trump 2020 T-shirt!”

I don’t know about you but in my humble opinion, this is pretty much the best thing ever.

Whoopi Goldberg Freaked Out at Jeannine Pirro on the Air. What Pirro Says Whoopi Did to Her Later is Far Worse.