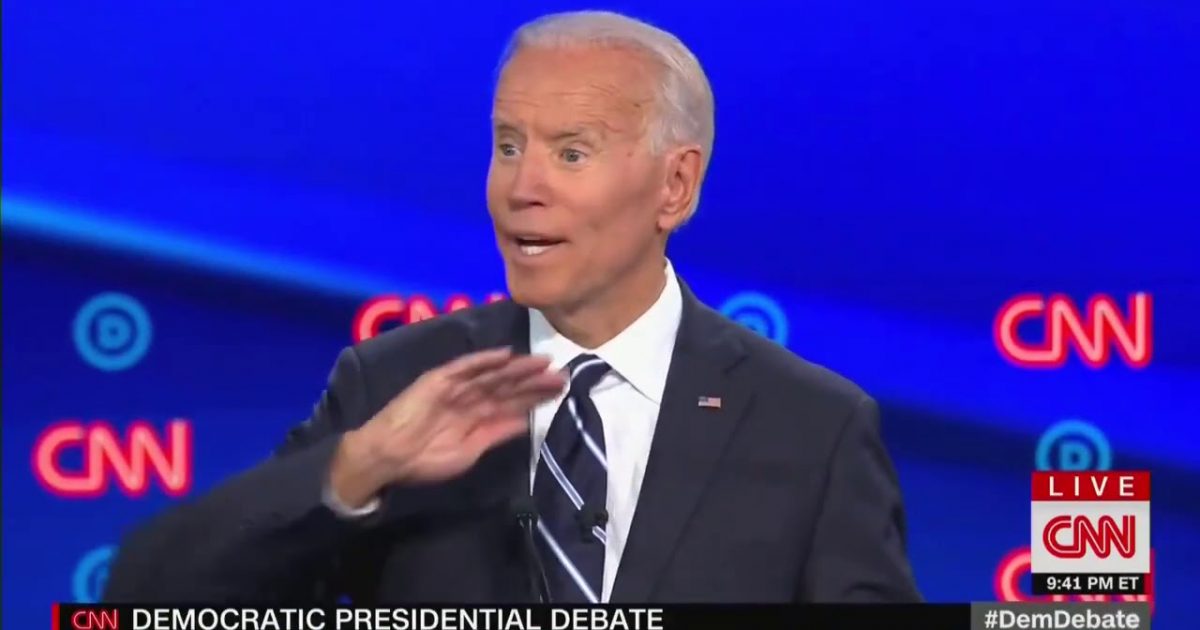 Current Democratic presidential nominee and former Vice President Joe Biden held a town hall style event on Thursday evening to take the place of the cancelled presidential debate. And despite the fact that a huge controversy has unfolded with his son Hunter Biden and various new emails being released that indicates corruption and abuse of power by Biden, not a single question about the newly released documents was asked.

This, ladies and gentlemen, is what we’re talking about when we say the mainstream media is biased. If this has been Trump, you can guarantee that the moderator would have been relentless in getting him to answer questions on the topic.

Biden appeared on ABC for a town hall event Thursday and was not asked by moderator George Stephanopolous or a questioner from the audience about a blockbuster report showing emails from Hunter Biden coordinating a meeting between his father and a Ukrainian oil company where Hunter was a board member. The emails cast doubt on Joe Biden’s prior claims that he has never discussed Hunter’s overseas business dealings with his son.

Some on social media quickly began to point out, following the conclusion of the town hall, that no questions had been asked about the subject.

“FACT: President Trump would have fielded 20 minutes of questions from Savannah Guthrie if Don Jr. had been accused of the things Hunter Biden has multiple reports accusing him of,” the conservative grassroots organization For America tweeted. “Joe Biden took none.”

FACT: President Trump would have fielded 20 minutes of questions from Savannah Guthrie if Don Jr. had been accused of the things Hunter Biden has multiple reports accusing him of.

“There was not a single mention of the New York Post’s hard-hitting story on Hunter Biden’s emails during Joe Biden’s town hall,” Kyle Morris of Breitbart News posted to Twitter. “What the hell is going on over at ABC News? Have they thrown out what little journalistic integrity they had left?”

This comes just a few days after Big Tech companies like Facebook and Twitter started trying to silence any accounts that shared stories concerning the leaked emails from Hunter Biden, which has a lot of folks wondering if the media is trying to aid in covering up the whole thing.

Wouldn’t be surprising. We know the left is willing to do anything to win this presidential election, no matter how dirty or underhanded. It’s a sad reality.