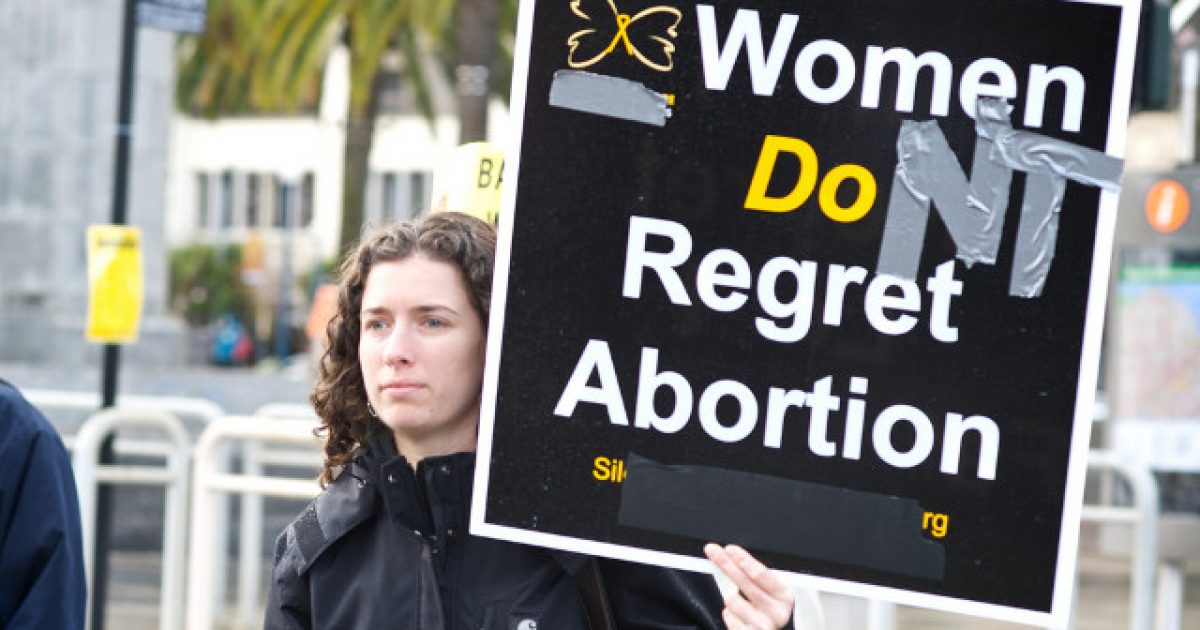 Pro-abortion supporters, those that eagerly and viciously fight for the “right” to murder their unborn children, showed up in force at GOP Senator Susan Collins’ office carrying coat hangers in a desperate theatrical performance.

The point of their shenanigans? To push Collins to join them in advocating for the legalization of murder by standing against President Trump’s SCOTUS pick, who is to be announced in just a few short days. Feminists and leftists of all stripes are terrified that a conservative appointee will ensure that Roe v. Wade gets overturned and the states can officially ban abortion if they so choose.

How depraved and twisted up do you have to be to fight so hard in favor of slaughtering innocent human beings?

“Collins has expressed doubts about Trump’s potential nominees, and abortion activists are lobbying her to oppose any judge who might restore protections for babies in the womb,” reports LifeNews.

The abortion crazies have bombarded Collins’ Twitter page with photos of coat hangers while sending actual coat hangers to her office.

“Sent mine. You sent yours?” one activist wrote on Twitter.

“Nobody should trust what Collins says. I’m considering her a pro coat hanger Senator until she proves me wrong,” wrote another.

As noted by LifeNews, the coat hanger imagery is a farcical scare tactic that does not measure up to actual data. Even one of the early activists for Roe – eventual pro-lifer Dr. Bernard Nathanson – conceded the statistics were bogus:

In NARAL, we generally emphasized the frame of the individual case, not the mass statistics, but when we spoke of the latter it was always 5,000 to 10,000 deaths a year. I confess that I knew that the figures were totally false and I suppose that others did too if they stopped to think of it. But in the ‘morality’ of our revolution, it was a useful figure, widely accepted, so why go out of our way to correct it with honest statistics? The overriding concern was to get the laws eliminated, and anything within reason that had to be done was permissible.

While Collins is disgustingly pro-abortion and has stated she will not confirm a nominee that is openly hostile to Roe v. Wade. However, she will not make abortion a litmus test for a nominee.

This is why we all need to be praying that the nominee that’s chosen for this empty seat is a person of character who sees and understands the intrinsic value of human life due to humanity being created in the image of God.

The murder of the unborn by the thousands every year is a holocaust of biblical proportions and as such, measures need to be taken to end this practice as soon as possible. It’s an affront to a holy, righteous God who has given us the gift of life to enjoy for his glory, and thus needs to be opposed on every level.

The President Trolls Maxine Waters Over Her ‘Ranting And Raving,’ And It’s Classic Trump

Pro-Abortion Feminists Are Employing a New Tactic to Save ‘Roe v. Wade,’ And it Smacks of Desperation