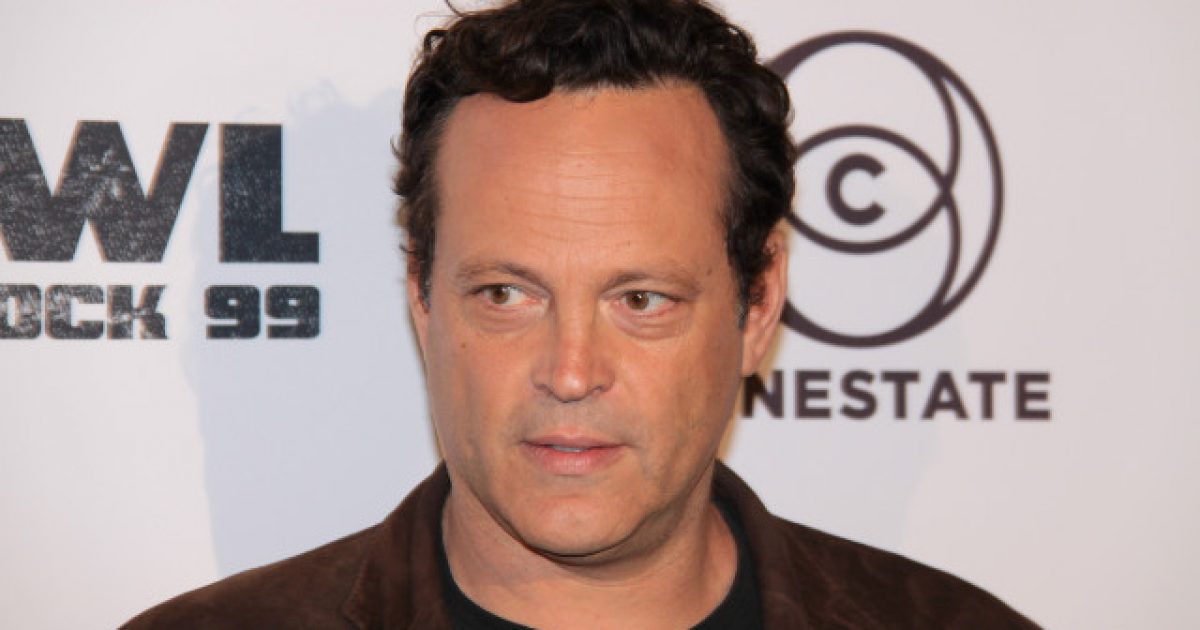 Actor Vince Vaughn is standing his ground and refusing to apologize for a viral meeting he had with President Donald Trump during a college football game that took place earlier this year in January, despite massive backlash he received after the whole thing hit the Internet.

Folks, we desperately need more individuals in the entertainment industry like Vince Vaughn who aren’t afraid to speak their minds and won’t back down from doing so when the radical leftists in our nation attempt to silence their voices.

Rejecting the political Left’s new and fierce adherence to “cancel culture,” Vaughn said he was raised “with the idea that you could have different likes and beliefs and you should respect and defend that in other people, not shout it down.”

The “Old School” actor was asked during a recent interview with the Los Angeles Times about the backlash from the Trump interaction and calls from the Left to “cancel” him.

“In my career I’ve met a lot of politicians who I’ve always been cordial to; I’ve met Nancy Pelosi and was cordial to her as well,” Vaughn explained. “It was the only time I’ve ever met him. We said hello. He was very personable. I didn’t get into policies.”

“I think people are more charged than ever about these things,” the 50-year-old actor went on to say. “But I don’t think most people take that stuff as seriously as the small percentage that’s making noise about it.”

“I was raised with the idea that you could have different likes and beliefs and you should respect and defend that in other people, not shout it down,” Vaughn stated. “The people you disagree with the most, you should stand up for their right to do that.”

In the past, Vaughn has been an outspoken supporter of libertarian Ron Paul and has been very vocal about his belief in the importance of the Second Amendment and the principles of limited government.

The actor conducted an interview with GQ back in 2015 where he said,

Aside from throwing his support behind Ron Paul for president, the actor noted that it’s difficult for him to find candidates he can get behind.

“The only candidate I ever supported is [former Libertarian presidential nominee] Ron Paul,” the actor said.  “I don’t have a party that I support and endorse. In fact, for me sometimes it’s difficult to find a candidate that you feel is philosophically consistent and not just going along with whoever is funding their particular party. That’s as much as I’ll get into it at this point.”

Isn’t it refreshing to have a guy like Vaughn, who has some serious acting chops, actually standing up for free speech and conservative leaning values? Where are the other brave souls in Hollywood who will stand up along side Vaughn?

It’s time to reveal yourselves and make a bold stand for the truth.