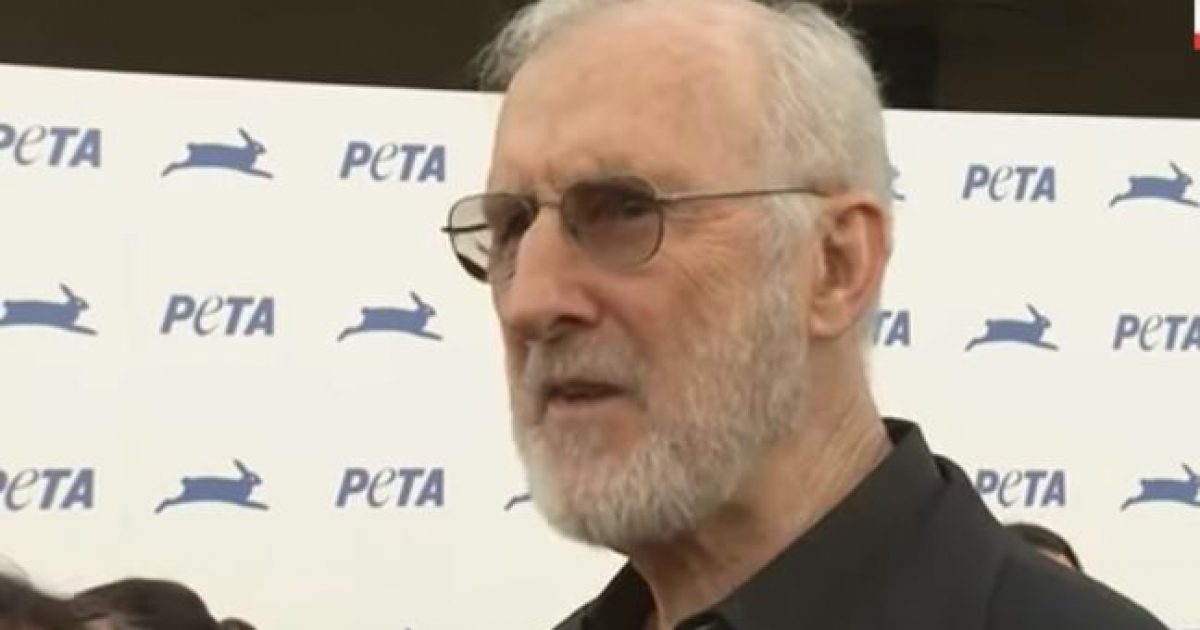 Actor James Cromwell made a statement earlier this week in typical liberal melodramatic fashion about how if President Trump isn’t somehow stopped “now” there would be blood in the streets.

Many folks took this as some sort of thinly veiled threat, a call for Democrats and other leftists to go on a violent rampage against those on the right.

Now Cromwell is saying his comments were taken out of context and is trying to clarify that he was not calling for violence against anyone.

On the red carpet before Sunday’s Carney Awards, Cromwell told Variety that “if we don’t stop [Trump] now, then we will have a revolution for real. Then there will be blood in the streets.” He prefaced the statement by describing the state of American politics as “nascent fascism. We always had a turnkey, totalitarian state — all we needed was an excuse, and all the institutions were in place to turn this into pure fascism,” the outlet said.

Later during an acceptance speech for an award he received, Cromwell, 78, talked more politics and “revolution.”

“We’re living in very curious times, and something is coming up which is desperately important to this country and to this planet, and that is an election, in which hopefully in some measure we are going to take back our democracy,” Cromwell said, according to Variety. “We will have a government that represents us and not the donor class. We will cut through the corruption, [and] we won’t have to do what comes next, which is either a nonviolent revolution or a violent one, because this has got to end.”

After Cromwell’s words lit up the internet this week, he hit Twitter with a series of tweets clarifying his “blood in the streets” quote.

Not promoting violence, voting against it. You will never see me raising a fist. I’m a pacifist. My words were taken out of context. I’m worried about the blood of the dissent, protesters, more children shot at school, people shot while praying, for who they love and who they are

The @Variety article used an out of context quote 4 a headline and got just what they wanted – @twitter fired up. It would have been nice if they included the context of that statement in the article. I’m sure I would still be getting death threats but they would be more ironic.

Nick Gillespie, editor-at-large for Reason, also questioned Cromwell’s choice of words and surprisingly, Cromwell actually responded, once again claiming his quote was taken out of context, saying he was referring to the blood of protesters.

The blood of protestors. I was not calling for the left to violently attack – the quote was pulled out of a longer statement. I will be writing a statement to give context to that remark.

Marijuana’s Image Gets Major, Modern Makeover Thanks to FDA