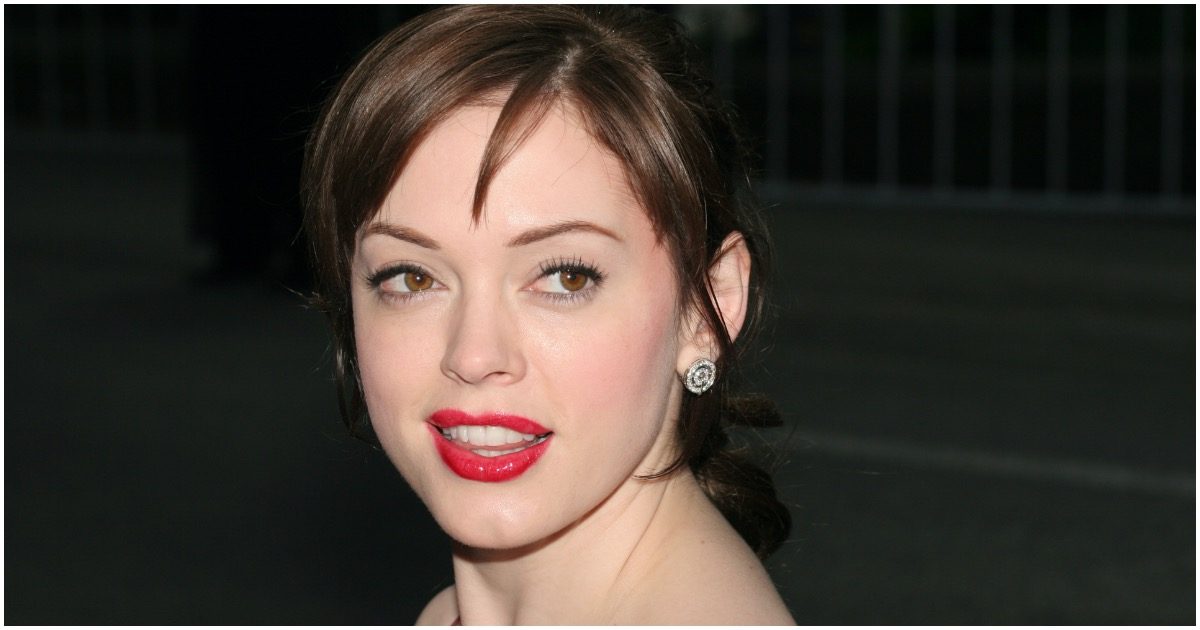 2020 isn’t even four days old but actress Rose McGowan may have just dropped the most ridiculous tweet of the year. Quite impressive, if you think about it!

You can’t make this stuff up. In her heart, Rose probably believes she right.

How are some people so blind? How does Rose honestly believe that America is a bad place, given all the country does for the entire world?

What’s that? You want some more tweets from McGowan?

Okay, but you asked for it…

Thanks a lot, dickhead @realDonaldTrump

I’m a registered Republican in California. I loathe the Clintons. I hate Trump. I will not vote Republican, but I cannot vote Democrat. I’d rather know what evil I’m getting, so I’ll go Republican. This is about WWIII, so none of that shit matters anyway. #TeamStayAlive #RoseArmy pic.twitter.com/l7MtDXUVuy

I will never vote Republican. I want the Democrats to win because we are less likely to die. I am a conscientious objector to the USA, it’s policies, lies, corruption, nationalism, racism, and deep misogyny. It is our right and duty as citizens to dissent.

Of course #Soleimani was an evil evil man who did evil evil things. But that at this moment is not the fucking point. The United States is morally corrupt and acts illegally. It is only logical to appeal to Iran’s pride by apologizing. I’m taking one for the team. #TeamStayAlive

Let’s see how Iranians feel about the terrorist’s death, shall we?

Dear Mr. President, @realDonaldTrump , as an American-Iranian woman, just wanted to say thank you, you are brave, courageous and intelligent as hell! #Trump2020

I hope you see this mesagge🇺🇸🇺🇸🇺🇸

#TnxPOTUS4Soleimani This person was the cause of death for more than thousands of people in Iran. I’m happy that Trump stuck to his word and did what he promised to. pic.twitter.com/agOchFYZTI

As an Iranian with all my heart, I thank you Mr. President @realDonaldTrump for killing Qassem Suleimani.
✌️🌷✌️
”Right on you President Trump”#TnxPOTUS4Soleimani pic.twitter.com/oEzfcourek