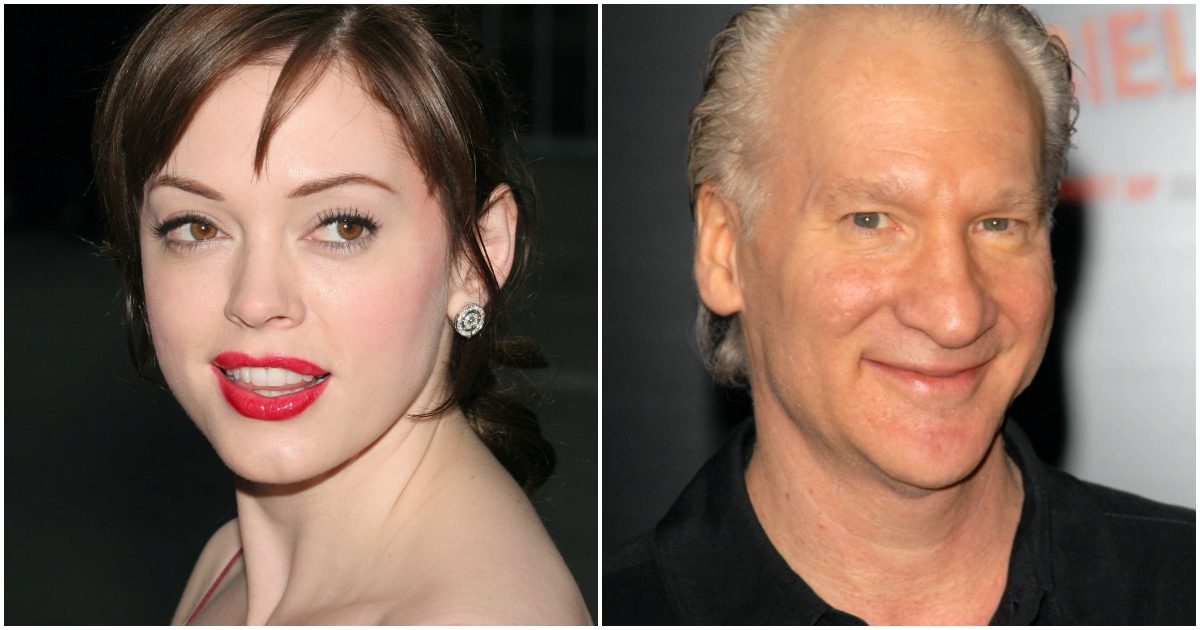 There is no bigger hypocrite in the world than the American liberal. On nearly every issue, they’ll say one thing and do another. Look out, Bill Maher – trouble is a’brewing.

A leader of the #MeToo movement is accusing one of the country’s top late-night TV hosts of sexual impropriety.

Late Friday night, actress Rose McGowan accused Bill Maher of sexually harassing her in a post that recalled an appearance she had on the comedian’s show Politically Incorrect in the 1990s.

@BillMaher Here’s a memory I’d like to share with you. I bet you don’t remember, but I sure do. I was so excited to be on your show & get to flex my mind instead of my face. Here’s what happened. All I can say, Bill, you got the face you deserved. pic.twitter.com/RRIorKj258

Maher doesn’t see eye-to-eye with his liberal peers on every issue, but he does on most.

When it comes to getting President Trump out of office in 2020, Maher is willing to see America take a major economic hit.

Keep in mind: Bill is a multi-millionaire.

A recession wouldn’t hurt him at all.

Democrat Congressman Admits to Having Affair With Female Intern [Details]