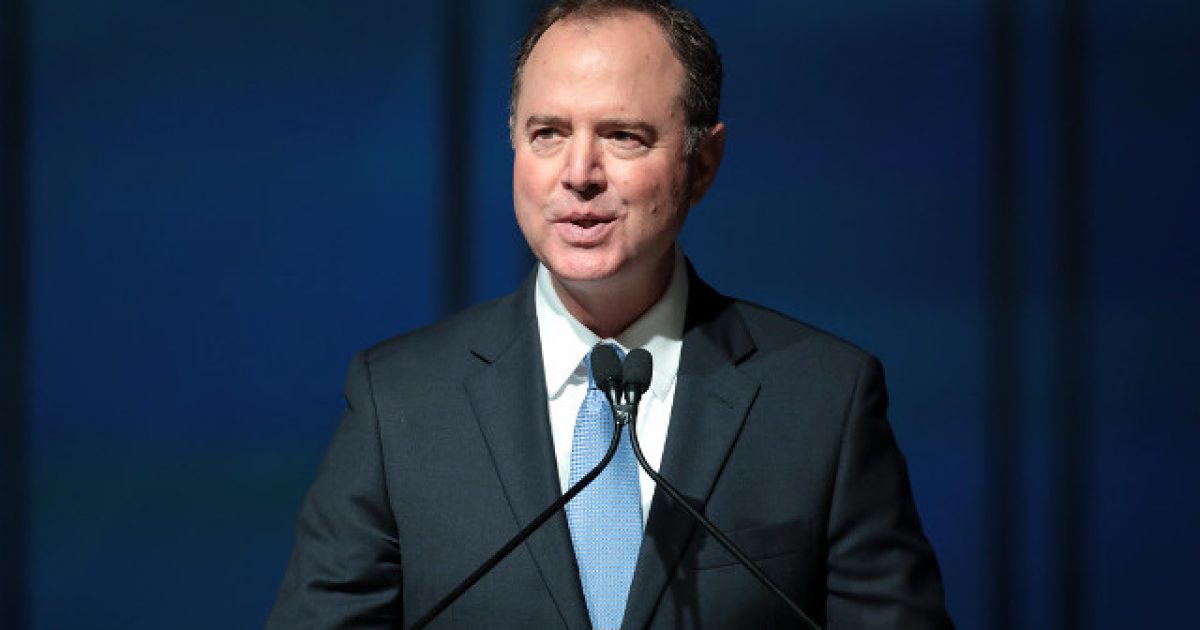 Adam Schiff’s GOP challenger for his House seat is not at all in a joking mood about a prank call made to Schiff by Russian deejays where Schiff expressed “eagerness” to get his hands on supposedly “compromising material” related to President Trump.

In fact, he’s so not amused by the whole thing that he’s filing and ethics complaint against Schiff.

Check out the details via Fox News:

Jon Hollis, who is running for the Los Angeles-area seat held by Schiff since 2001, has filed an ethics complaint against his opponent based on the 2017 call, in which a phony Ukrainian politician claimed to have graphic photos of the then-newly inaugurated President Trump.

“This letter serves as an official complaint to the Office of Congressional Ethics (OCE) regarding Rep. Adam Schiff’s illegal collusion with foreign entities and misuse of taxpayer resources for opposition research on political enemies,” one complaint, dated Aug. 28 and filed by Jon Hollis, a Republican challenger for the seat in California’s 28th Congressional District, stated. “The evidence supporting Adam’s Schiff’s violations of the law is compelling and irrefutable.”

The filing primarily points to that wincing 2017 call that continues to haunt.

At the time the prank call was made, Schiff thought he was speaking to Ukrainian politician Andriy Parubiy, who supposedly unearthed some possibly damaging information and photos of Trump from a visit to Russia for the Miss Universe pageant that was made four years earlier.

During the phone conversation, Schiff stressed that he would “be in touch with the FBI” in order to make arrangements for gaining access to these materials, going so far as to caution the callers not to tell anyone about the whole thing, saying he wouldn’t want “our Russian friends” to hear, essentially alluding to the possibility that Russia was listening into the call.

The problem, of course, is Schiff wasn’t talking to anyone with political power, but two deejays and comedians who pulled the ultimate prank on him. The call was actually made by Vladimir Kuznetsov and Alexey Stolyarov.

“It is clear from the recorded phone call that Rep. Schiff knows he should not be trying to obtain opposition research on a political opponent from foreign nationals. He attempts to mask his wrongdoing by, on numerous occasions, mentioning that he will work with the FBI,” Hollis said in his letter. “In so doing, Rep. Schiff is attempting to involve the FBI in his corrupt attempt to obtain dirt on President Trump. The FBI should not be in the business of teaming up with politicians to use the power of government to dig up dirt on political opponents.”

A representative for Schiff couldn’t be reached for comment, however a spokesperson for the congressman previously spoke with the Atlantic, saying the committee “informed appropriate law-enforcement security personnel of the conversation, and (the) belief it was probably bogus.”

Hollis is saying that Schiff’s role in the call is a clear “abuse of power” and is one of the big talking points he’s using to take on Schiff and try to unseat him during the next election.

U.S. Troops Pulled From Syria Will Go To Iraq To Continue Fight Against ISIS