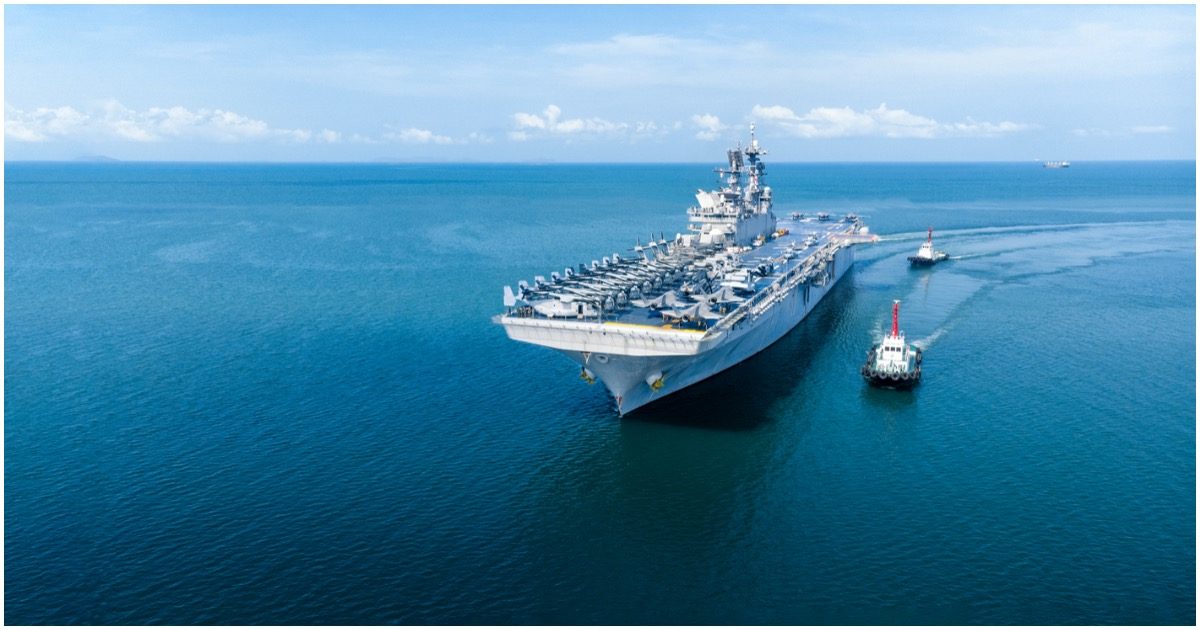 It would seem as though the world still doesn’t know who took out the head of Iran’s nuclear program. Israel was quickly blamed, of course.

Regardless, the strongest military in the world is on the case!

The U.S. ordered the U.S.S. Nimitz and its strike group to return to the Persian Gulf to serve in a defensive capacity as U.S. forces in the region continue to drawdown during the final weeks of the Trump administration. The action coincides with rising tensions in the region between U.S. allies and Iran after a top Iranian nuclear scientist was taken out in a highly coordinated hit this week.

“There were no specific threats that triggered the return of the Nimitz Carrier Strike Group,” Commander Rebecca Rebarich, spokeswoman for the U.S. Navy’s Bahrain-based Fifth Fleet, said in a statement. “This action ensures we have sufficient capability available to respond to any threat and to deter any adversary from acting against our troops during the force reduction.”

The biggest threat to America is the white liberal, obviously. Also, the mainstream media. But we can’t overlook foreign interference when the evidence is clear cut.

Director of National Intelligence John Ratcliffe confirmed on Wednesday evening that the Islamic Republican of Iran—the world’s leading state sponsor of terrorism—interfered in the U.S. election to damage President Donald Trump by sending threatening emails to Democrat voters while posing as a right-wing group.

“The U.S. government has concluded that Iran was behind a series of threatening emails arriving this week in the inboxes of Democratic voters,” The Washington Post reported. “The emails claimed to be from the Proud Boys, a far-right group supportive of President Trump, but appeared instead to be a deceptive campaign making use of a vulnerability in the organization’s online network.

Donald Trump is in charge and he isn’t exactly a pushover. Try something silly, he’ll respond immediately.

Flashback: US Women’s Soccer Captain: America Has ‘A White Nationalist’ In the Oval Office