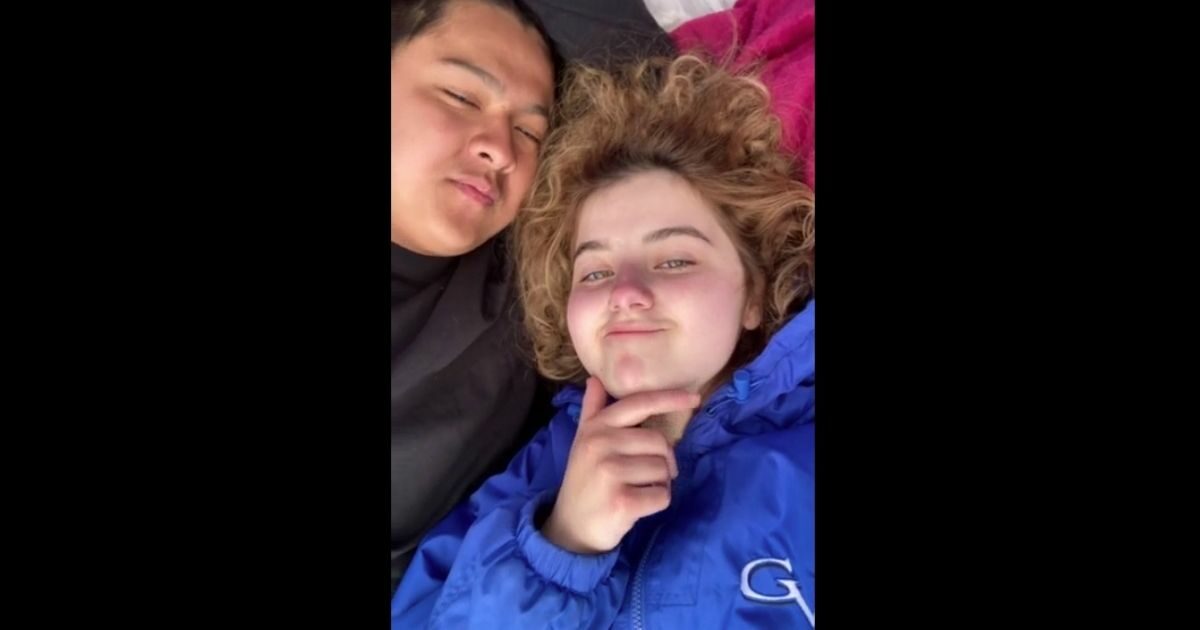 Police have discovered a video of a teenage couple recorded days after the pair allegedly killed the girl’s father and attempted to mutilate his corpse in April.

The two allegedly stabbed Daniel, 45, in his Las Vegas home and attempted to dismember him before setting his body on fire, according to another report from KTNV-TV.

Daniel’s body was found on April 9. The couple were apprehended several days later in Salt Lake City, the outlet reported.

In a newly released video recorded by the pair, Guerrero and Halseth appear to confess to Daniel’s murder.

WARNING: The following video may be disturbing to some viewers.

The video shows the couple lying next to each other inside a tent.

“Welcome back to our YouTube channel. Day three after murdering somebody,” Guerrero says as they both hold up three fingers.

“It was worth it,” Guerrero says before kissing Halseth’s forehead.

Halseth goes on to say, “We had sex a lot today.”

Guerrero suggests sex was his “payment” for murdering Halseth’s father. He continues to kiss her on the forehead and pretends to choke her.

The couple first appeared in court on April 28, KTNV-TV reported.

Guerrero’s mother told police the couple dated from June to December last year. Their parents decided the teens should no longer see each other after they made plans to run away together, KVVU-TV reported.

Surveillance footage from a Home Depot store showed Guerrero buying saws and gloves, according to KVVU-TV.