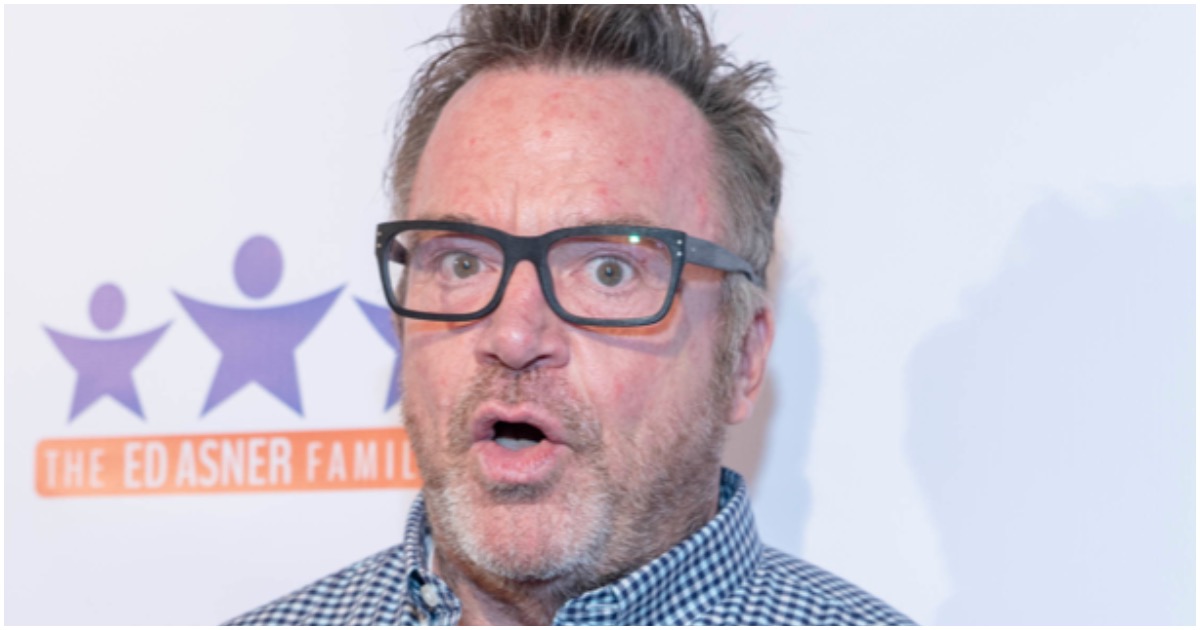 Heck, they believe they can scream “fire” in a crowded theater and get away with it.

The Secret Service paid Arnold a visit after his multiple nasty and threatening tweets to President Donald Trump.

He should be quiet now.

Secret Service agents visited comedian and actor Tom Arnold’s home last month to question him about his anti-Trump tweets, one of which read, “I say put up or shut up @realDonaldTrump Me vs You. For America. First body slam wins. Any Rally. Any Time. Between now & the midterms,” on Oct. 19.

The president did not apparently reply to the challenge.

Arnold went one further, pasting the outrageous Photoshopped pic of comedian Kathy Griffin, holding what appears to be a model of Trump’s detached head, with the caption: “Next time Kathy won’t be holding his fake head!” 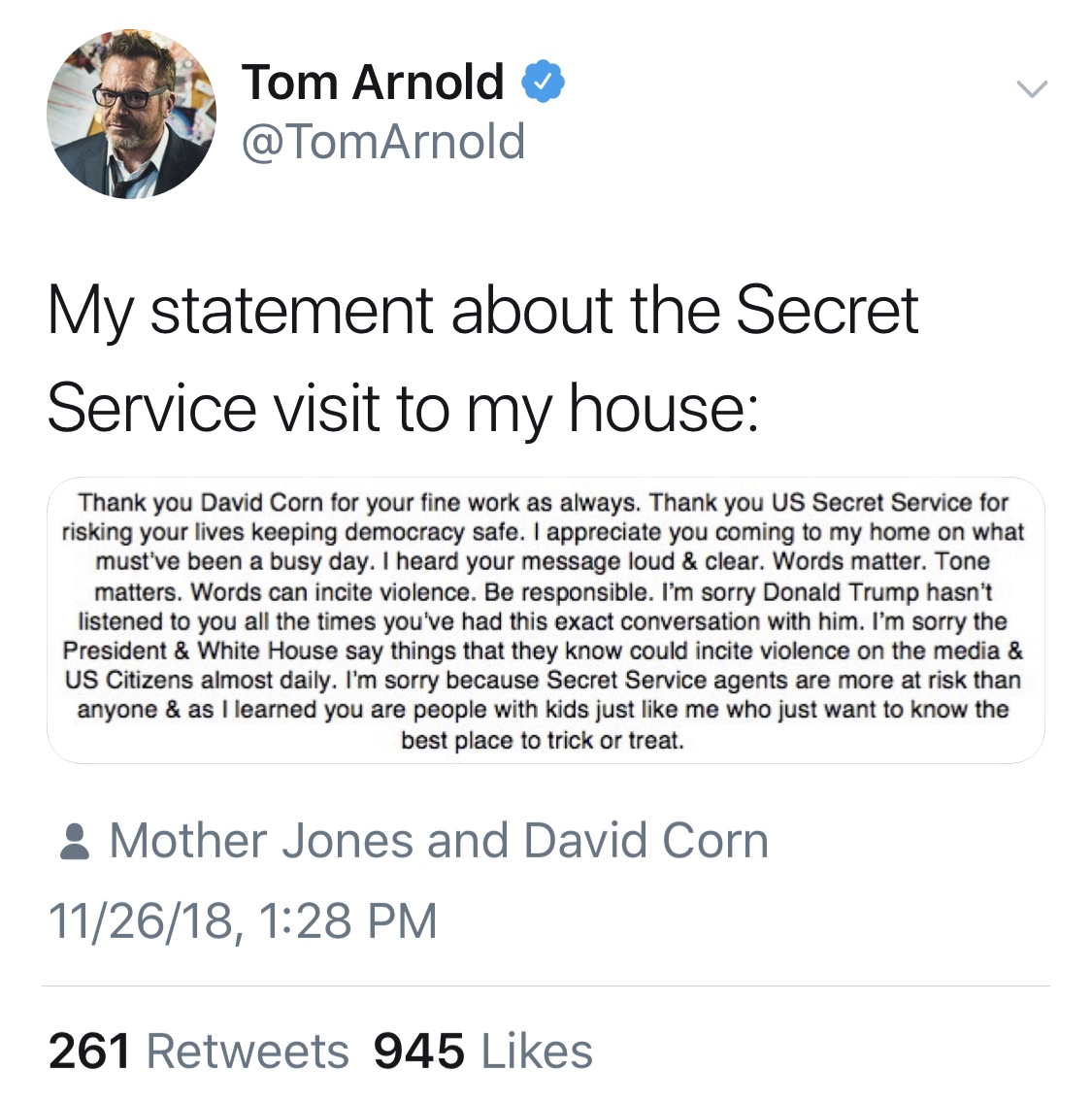 Trump is thankful for his family this Thanksgiving.

But that’s not all.

He’s also thankful for something that will have liberals running to their safe spaces.

“I haven’t even thought about John in terms of this. But John at some point is going to want to move on.“