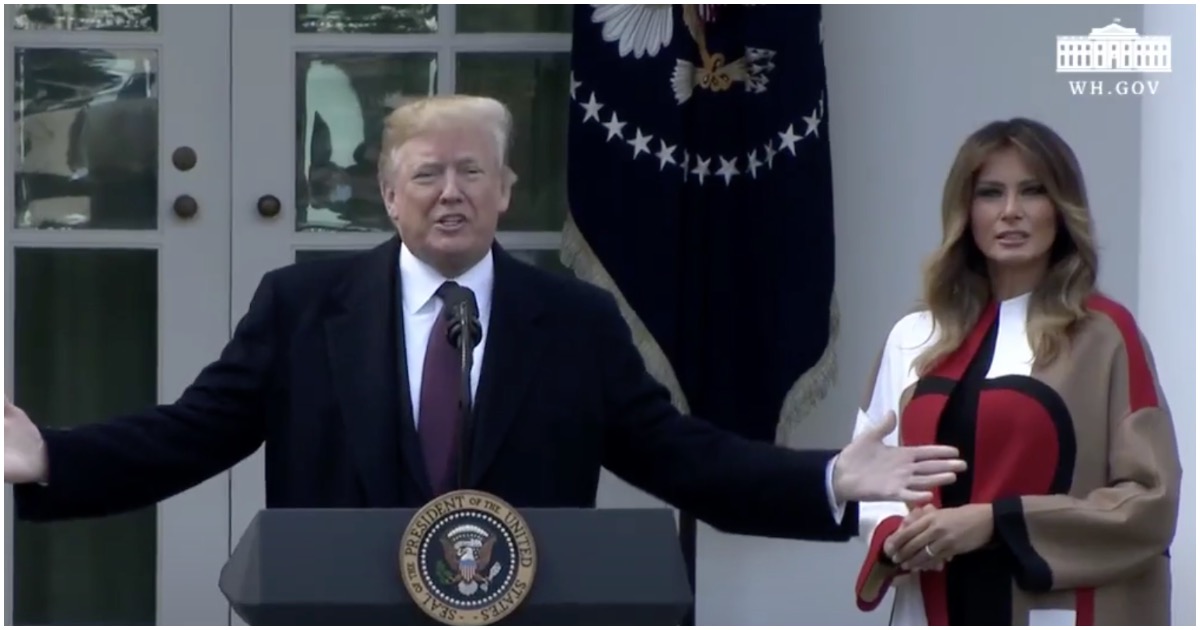 If there’s one thing President Trump knows how to do, it’s troll people who disagree with him.

Well, that, and getting America’s economy back on track.

Check out 45’s words for Democrats and the 9th Circuit Court of Appeals after pardoning this year’s White House turkey, either Peas and Carrots…

“I haven’t even thought about John in terms of this. But John at some point is going to want to move on.”

6,000 Migrants Now in MX, Number of Criminals In Caravan Has Jaws Dropping

Throw Away All Of Your Romaine Lettuce NOW, Says CDC