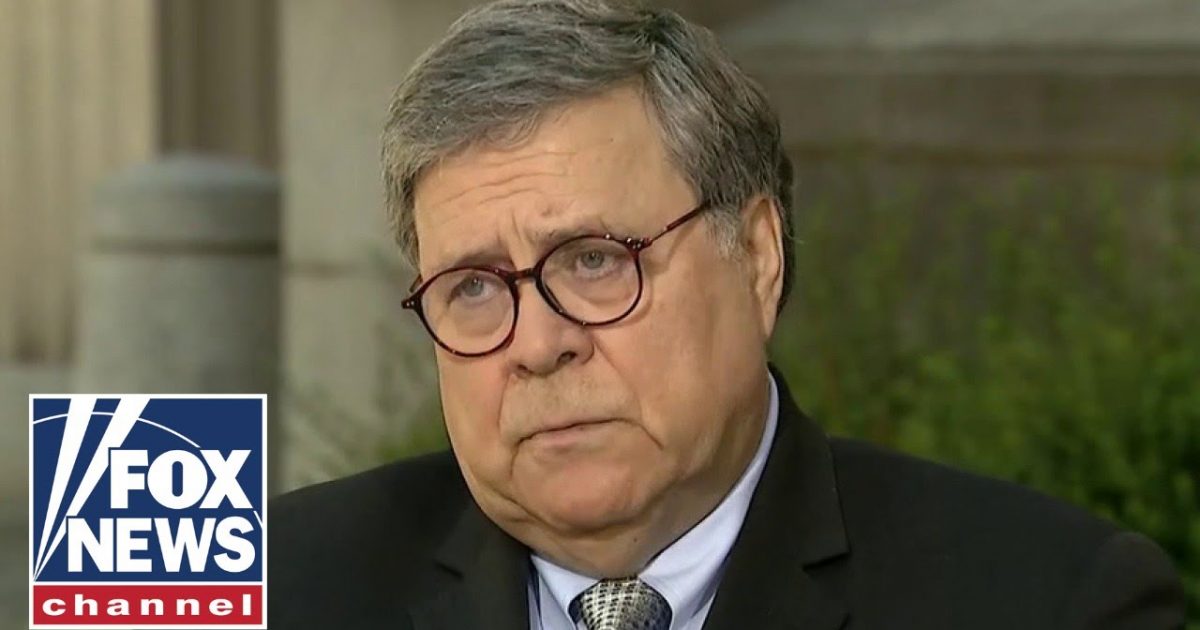 Attorney General Bill Barr stated on Monday that the vast majority of the left-wing extremists who caused violence to erupt in Kenosha, Wisconsin last week weren’t from the area, but came from out of town.

He also noted that the National Guard and other federal support was immediately ready to deploy into the area and assist local law enforcement after the officer-involved shooting occurred that sparked the unrest.

“When this shooting occurred here in Kenosha, under the direction of the president, we told the DOD — the Defense Department — to get ready some National Guard units in case they were needed to help here. And from several states, volunteered to supply National Guard if they were needed,” Barr said. “And the president directed me to assemble a group of federal law enforcement that could be dispatched here, which we did, and staged them in Chicago. And we were picking up information that these violent instigators were coming to Kenosha. They were coming from California, Washington state, a lot from Chicago, and they were coming up to Kenosha. So we expected matters to get worse.”

Barr said that the attack was a “coordinated” attack on law enforcement, on public property, and on private property.

“These are the same people, many of them who came from out of town,” Barr said. “Out of 175 arrests, 100 were from out of town. And some — these are the same people using the same tactics that have been used in various cities: Washington, D.C., Atlanta, Chicago, now Kenosha, Portland. And they use these black-bloc tactics; throwing projectiles at police and literally trying to inflict injuries on police, arson, and rioting.”

“They came equipped as — even the mayor of Washington acknowledged — they come equipped to fight,” the attorney general continued.”And it’s completely unacceptable, and the state is the first line of defense. If local leaders are committed to keeping the public safe, it can be done.”

AG Bill Barr speaks in Kenosha: "We do not allow judgments to be reached because of mob violence." pic.twitter.com/ccsZ7AW6l8

The left-wing leadership of these cities are purposefully standing in the way of restoring peace, law, and order to the streets and communities that are being shredded by violent protests. All they have to do is ask Trump for help, and they will have it.

Instead, they are choosing to play along with the anti-Trump mission of the Democratic Party, placing politics above their duty to protect their citizenry’s lives and private property. No matter how you slice the cheese, this is a betrayal of their oaths of office.