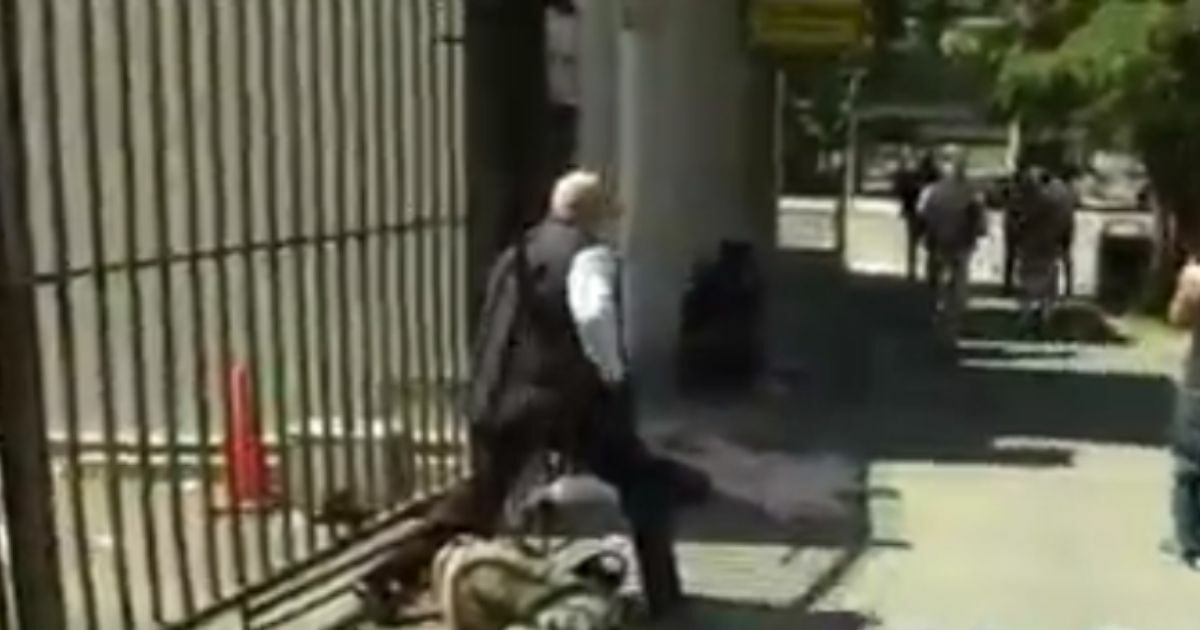 An alleged homeless man was arrested in Oakland Friday after an interaction with democratic California Gov. Gavin Newsom.

Newsom was making an appearance in downtown Oakland to promote small businesses when what the East Bay Times called law enforcement sources told it a man threw a water bottle at Newsom.

The California Highway Patrol issued a statement about the incident.

“This morning, the Governor was approached by an aggressive individual. Members of the Governor’s security detail removed the Governor from the situation and the individual was arrested by CHP officers,” the statement said.

The East Bay Times report said that later during his Oakland stopover, Newsom joked that that different people have different ways to say hello.

The man suspected of throwing a water bottle at Newsom was identified as Serge Emanuel Benoit Chaumette Jr., 54, of Berkeley, according to KABC-TV.

He was booked into Santa Rita Jail on suspicion of resisting an executive officer and assaulting a public official.

On the jail’s booking log, his job was listed as “pumping gas,” the East Bay Times reported.

However, according to a woman who identified herself as Chaumette’s sister, he is homeless and has experienced mental health issues.

When told about the incident with Newsome she said it was “consistent with his past behavior,” KABC reported.

Newsom has proposed spending $12 billion to fight homelessness in California, according to Fox News.

Almost $9 billion of that money would create 46,000 housing units by converting former motels and similar properties into housing aimed at the homeless, according to the Guardian.

California has an estimated 161,000 homeless residents.

“While more housing for the homeless is needed, Newsom’s plan falls depressingly short of what is needed to address the state’s homelessness crisis. Policy change is required,” homeless advocate Michele Steeb wrote in an Op-Ed on Fox News.

Steeb, who has worked with the homeless in California, said that addition, mental health issues and other trauma are major barriers for the homeless that will not be addressed by simply building more housing units.

“A $12 billion investment to address homelessness is a once in a century opportunity for the Golden State. The magnitude of this surplus won’t be seen again in a generation, maybe ever. Instead of continuing to address it in an approach that has failed the state and the nation, this opportunity should propel an overhaul of California’s policy approach to homelessness,” she wrote.

“Otherwise, we will have the same experience the residents of San Francisco had in the latter part of the 2000’s, billions out the door, press conferences and accolades galore but many more homeless on the streets.”

AZ Audit Reviewing Thousands of Ballots Where Machines Did Not Detect a Single Vote for President, Audit Liaison Says

Dad Shuts Down CRT with the Perfect Question: How Do I Have Two Degrees if I'm Oppressed?