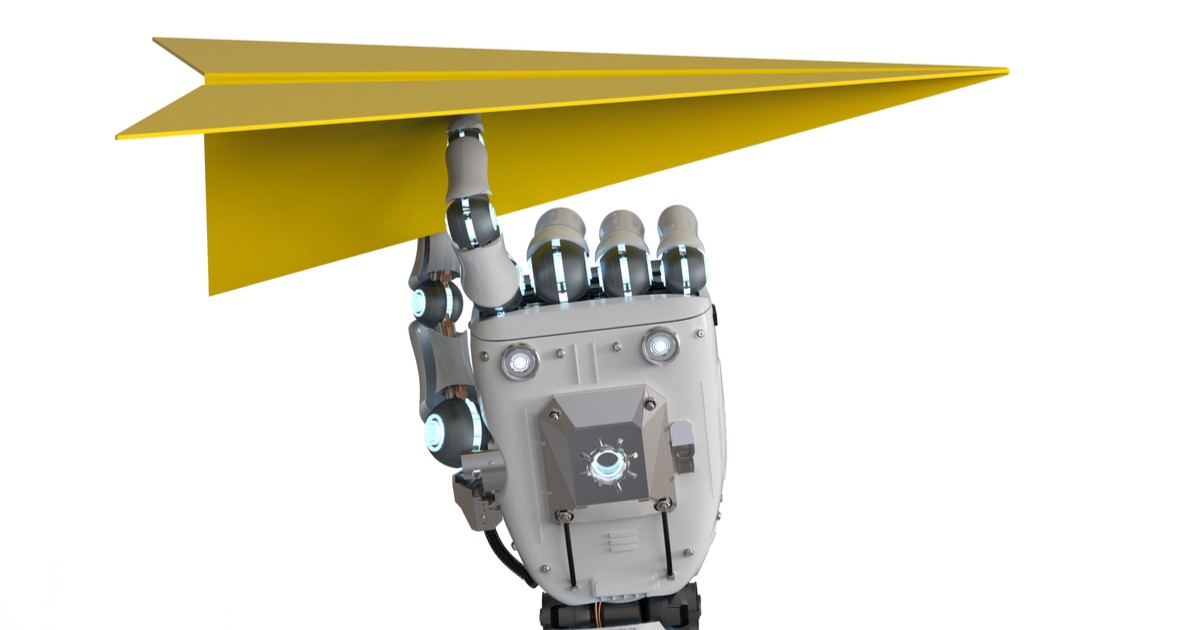 Countless science fiction movies has revolved around the possibility of artificially intelligent weapons turning on the human population, thanks to the technologically terrifying concept of machine-born sentience.

Perhaps the most famous example of this comes to us from the Terminator movie series in which the fictional Skynet company unleashes droves of robotic, AI-driven soldiers and aircraft that soon turn on the human race, eliminating mankind with ease.

This is, of course, a dramatic and drastic story that could only occur in Hollywood…right?

The Air Force wants to see if AI-powered autonomous drones can help human pilots better perform their mission. In a press release, the Air Force said it was seeking input from the tech industry in a new AI initiative for autonomous drones it calls Skyborg. Still in its planning stages, the Air Force is looking for market research and concept of operations analysis for Skyborg to get a sense of what technologies are out there for such a fleet. It is seeking to launch protoypes of the autonomous drones as early as 2023.

What exactly would the autonomous drones under Skyborg do? According to a request for information filed on March 15, the Air Force wants the system to avoid other aircraft, terrain, obstacles, and hazardous weather. The system should allow drones to take-off and land independently. Skyborg should also be able to be operated by humans with little or no pilot or engineering experience.

And while this certainly conjures images of terrified humans, running from airborne killing machines with help from Arnold Schwarzenegger, the Air Force would rather reference a much different science fiction film.

In short, Skyborg would be to a human pilot like R2D2 is to Skywalker. Will Roper, the Air Force assistant secretary for acquisition, technology and logistics, made the Star Wars reference at a conference earlier this month, reported C4ISRNet. Skyborg could respond to or anticipate a human pilot’s commands. Or a pilot could send Skyborg in their place to an airspace filled with enemy planes and avoid danger.

As much as Skyborg is meant to sound like a “flying buddy”, the potential for disaster seems to be lurking right around the corner as well, given the exponential evolution of high-level computing and AI itself.

Judge Lays Waste to California Magazine Ban, Sides with 2A

Harmeet Dhillon Wants to Know Where The Outrage Was When Obama Commuted Sentence of a Terrorist
July 15th, 2020 The Mental Recession