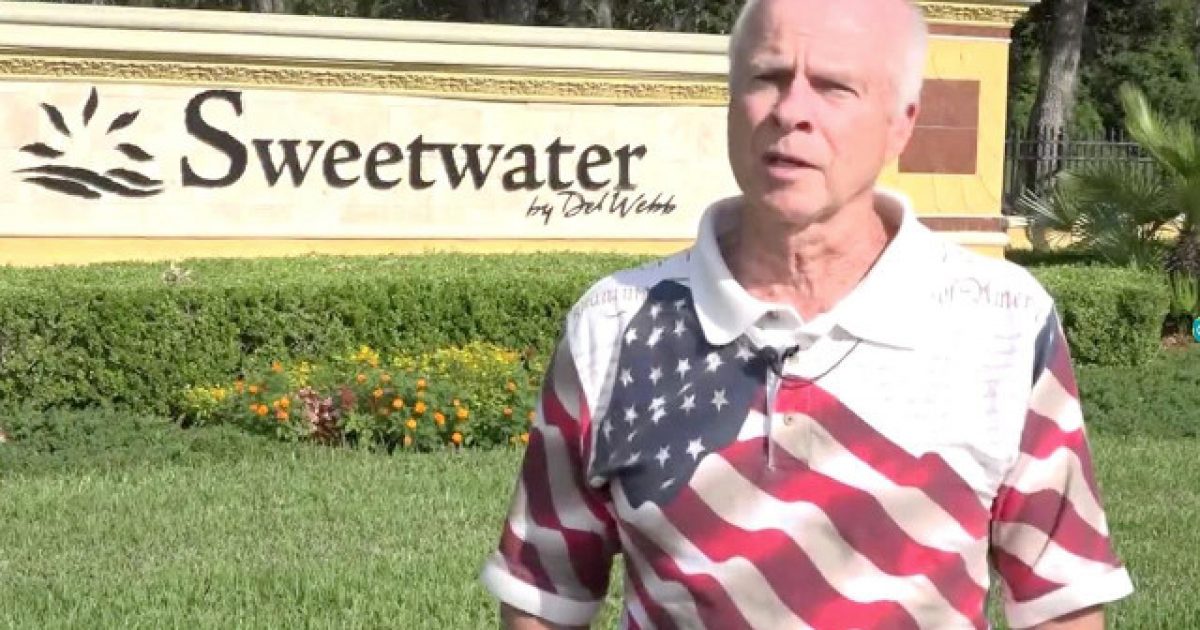 A retired Air Force veteran has spent the better part of the last seven years locked in a heated battle with his homeowners association over the display of a 17-inch American flag, a flag he served in the military to defend and protect.

Larry Murphee claims that this fight has cost him his home and several hundred thousand dollars. The kerfuffle wasn’t so much about the flag itself but where Murphee wanted to have it displayed.

He stuck the small flag in a flower pot on his porch. Yes, that’s right. A flower pot on the porch. And yet this seemingly enraged the homeowners association. The Tides Condominium Association sent Murphee a letter informing him that he was in violation of policy and told him to take the flag down.

He said no, which resulted in the association fining him $1,000 for not taking the flag down. This prompted him to hire an attorney and file a lawsuit against the association in federal court.

Gust Sarris, Murphee’s lawyer, argued that the Freedom to Display the American Flag Act prohibits HOAs from preventing residents from having flags on display.

Back in 2012, Murphee and the HOA reached an agreement about the flower pot, allowing him to keep the flag on display.

However, the agreement was not upheld.

A few months later, the HOA changed the flag ordinance to a flower pot ordinance, and it started fining Murphree — again — at the rate of $100 for each day he left the flag in the pot, WTLV reported.

Again, Murphree refused to pay the fines and another legal battle began.

This time, when the fees started piling up the HOA began applying his dues toward the penalties without his knowledge, he told WTLV.

Once he fell far enough behind on his dues, the HOA filed a lien on his property.

“They just started nitpicking every little thing that I did,” Murphree said.

The HOA issued violations for not parking straight in his driveway and leaving a Christmas decoration up after Christmas were among the infractions.

Finally, Murphree said he was forced to sell his condo at a loss to avoid foreclosure and move in with his girlfriend in St. Augustine.

“Should any man who served in the military lose his home, a retirement home, because they want to be patriotic? Anybody can see that the HOA has gone overboard,” Sarris told The Washington Post.

The fight for Murphee continues to this day, with the vet stating “Somebody has to stand up and say ‘this is not right.'”

What’s the point of buying a house and property if someone else, government or otherwise, gets to tell you what you can and cannot do with it? Isn’t that just glorified renting since you technically still have a landlord telling you what to do and how to care for your property?

It doesn’t make sense to join one of these organizations if you actually want to invest in your own private property. No organization should have the authority to tell a veteran who served this great nation that they cannot display the flag of the country they love.

These people are completely insane. Hopefully, Murphee will win this case and the HOA will be put back in their place.

Three-Year-Old Abandoned by Child Traffickers in Rio Grande. Check Out Who Rescued Her