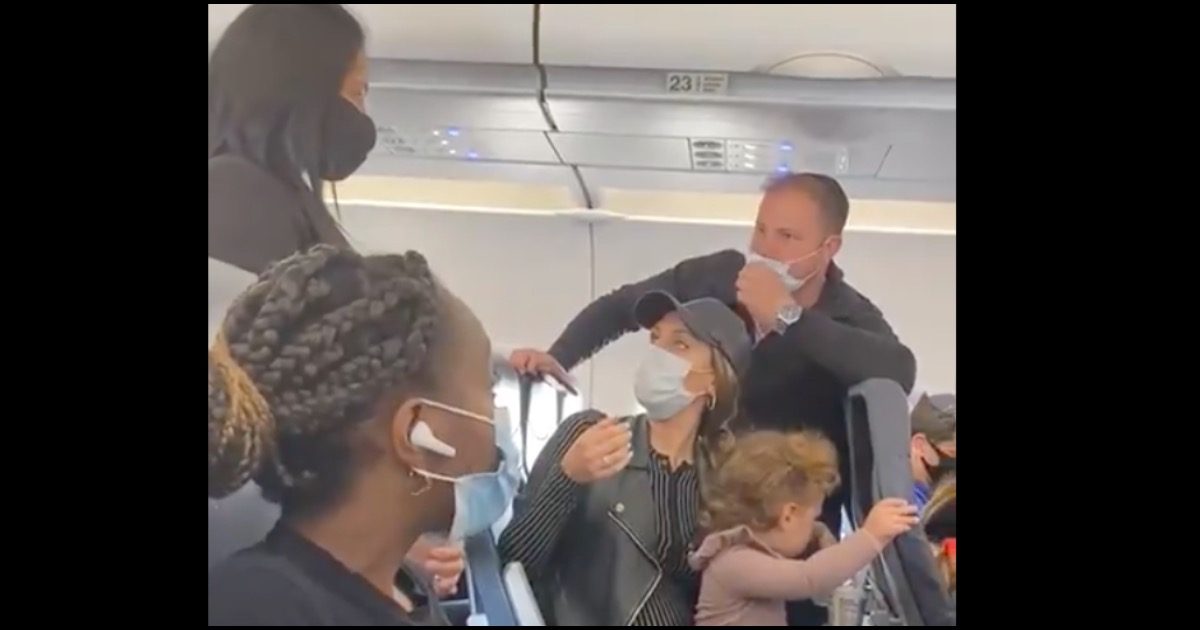 This stewardess must’ve been having a really bad day to do what she did. And ultimately, she’s the one who wound up being reprimanded. She deserved it, though.

Watch below as the airline worker won’t stop bugging a pregnant mother about her two-year-old daughter not wearing a mask (and the kid is even eating, by the way).

The way this all played out was basically a gigantic waste of time for all involved.

VIDEO: @SpiritAirlines staffer tells pregnant Mom that her young child needs to put on a mask despite eating or else police will be called.

NOTE that the video shows the early moments of this incident, so @SpiritAirlines can’t pull here a he/she said. pic.twitter.com/DpJkXfvWJH

ORLANDO: HORRIFIC – Family with special needs child is kicked off @SpiritAirlines flight to NJ – along with entire plane – after their 2-year-old didn’t wear a mask. Police were called. pic.twitter.com/qTwQrrh2au

ORLANDO: UPDATE: @SpiritAirlines flight attendant who ordered the family off the flight was removed, family allowed back on. Passengers are reboarding with a new flight crew. pic.twitter.com/u5yEA9McZZ

Unlike @FlyFrontier who kept dishing out insults and alleged lies against the victims of their abuse a few weeks back, @SpiritAirlines let everyone back onto the plane. (Possibly everyone except for the abusive – and potentially bigoted – crew member.) pic.twitter.com/7h4qA73ExD

It’s nice to see that the stewardess was removed from the flight. She was clearly being a pain just for the sake of it.

This is what can happen when the far-left mainstream media controls the narrative.

People can be crammed together on an airplane but a baby not wearing a mask is the end of the world? LOL.