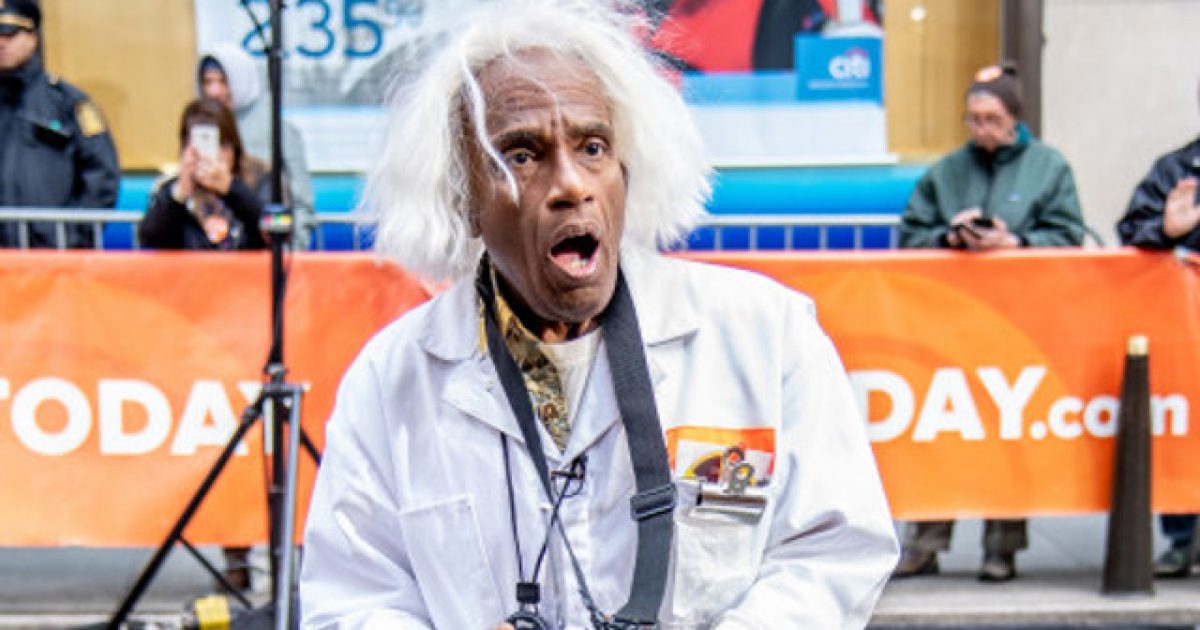 Remember last week when NBC host Megyn Kelly got thoroughly destroyed on air for making comments about folks using blackface as part of their Halloween costumes? Apparently that’s a standard that only applies to white people, as an incident from “Today” show weatherman Al Roker clearly illustrates.

Roker dressed up as Back to the Future character Doc Brown, a white man, and the irony of the costume choice was not at all lost on an audience that is fresh off the Kelly incident. In fact, Roker caught significant pushback for it, but rather than apologize, like Kelly did, he’s doubling down on his costume.

Some social media users asked why it was all right for him to dress up as a Caucasian character, while NBC canceled his colleague Megyn Kelly’s show after her controversial blackface comments.

“I’m going to say this one last time, but the folks who get it, understand and the ones who DON’T, won’t,” Roker tweeted to explain why his ‘80s-themed costume was not an example of whiteface.

“I can be Doc Brown, and I wear the outfit and wig and not change my skin color if you’re white, you can be President Obama if you want. Just don’t color your skin!”

Accompanied by fellow meteorologist Dylan Dreyer, who dressed up as Marty McFly, Roker wore a white wig and white overalls – but didn’t alter the color of his face in his portrayal of Christopher Lloyd’s character.

Al Roker in whiteface, but Megyn Kelly got fired for merely talking about it. pic.twitter.com/mMri0ynoWO

Roker himself hammered on Kelly after the incident occurred stating that she not only owed her coworkers an apology for her comment, but “folks of color around the country” too.

“The fact is, while she apologized to the (NBC) staff, she owes a bigger apology to folks of color around the country,” Roker said on the air. “This is a history going back to the 1830s minstrel shows to demean and denigrate a race. It wasn’t right.”

Despite her apology, Kelly’s show was cancelled, making her the latest of a long string of public figures who have had their careers ruined by making a simple comment that goes against the oversensitive political correctness running through America.