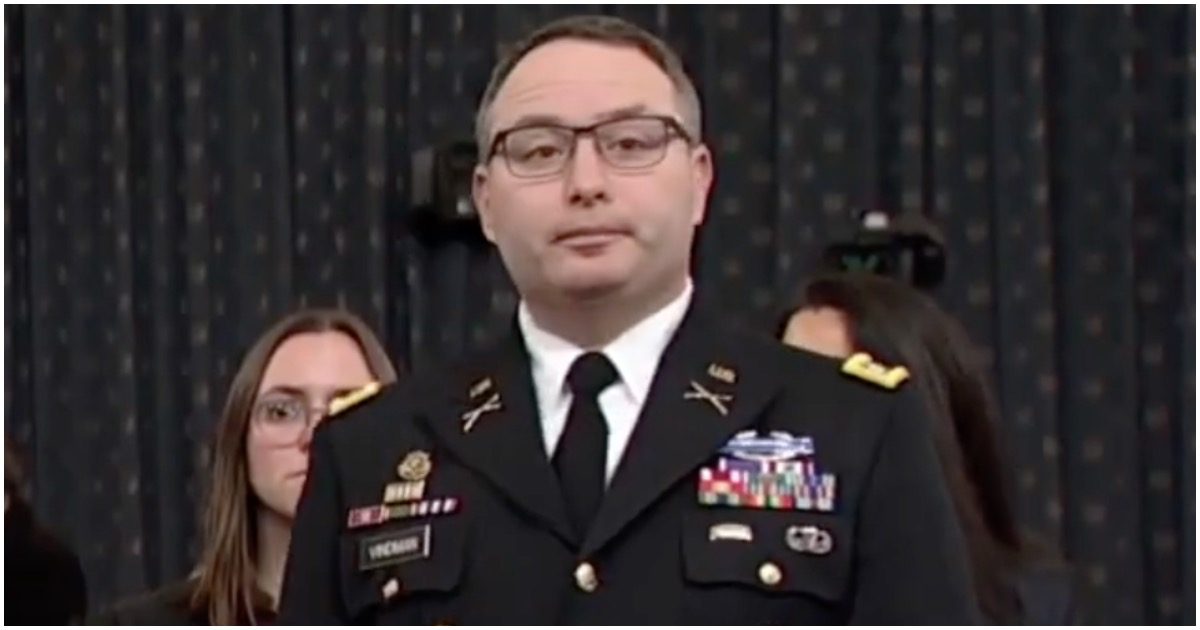 He put in just over two decades in the United States military, but ultimately he’ll best be remembered for testifying against President Donald John Trump.

And also, getting fired by Trump.

Lt. Col. Alexander Vindman, who testified against President Trump during his impeachment last year, is retiring from the military.

Trump fired Vindman from the White House National Security Council (NSC) in February days after the Senate voted to acquit the president on two impeachment charges passed by the House last year. Vindman’s twin brother, Lt. Col. Yevgeny Vindman, was also fired from his post on the NSC the same day. Yevgeny did not testify in the impeachment trial.

Today I officially requested retirement from the US Army, an organization I love. My family and I look forward to the next chapter of our lives. pic.twitter.com/h2D9MRUHY2

John Kelly replaced Reince Priebus as President Trump’s chief of staff what seems like eons ago. So much has happened since Kelly left his post. Likewise, Kelly hasn’t been very supportive of POTUS in that time.

In February, Kelly called out Trump for firing Vindman from the National Security Council.

Trump wasn’t thrilled about that.

“He did exactly what we teach them to do from cradle to grave,” Kelly said at an event at Drew University in New Jersey, according to The Atlantic. “He went and told his boss what he just heard.”

When I terminated John Kelly, which I couldn’t do fast enough, he knew full well that he was way over his head. Being Chief of Staff just wasn’t for him. He came in with a bang, went out with a whimper, but like so many X’s, he misses the action & just can’t keep his mouth shut,.

….which he actually has a military and legal obligation to do. His incredible wife, Karen, who I have a lot of respect for, once pulled me aside & said strongly that “John respects you greatly. When we are no longer here, he will only speak well of you.” Wrong!

1. Kelly has a real hate on for the president.  And he basically regurgitates the media and Democrat attack lines against the president, which is why Mediaite amplified his comments.

2. If he despised the president so much why did he accept the chief of staff job after having served as DHS secretary?https://t.co/8ThhjDZBTS