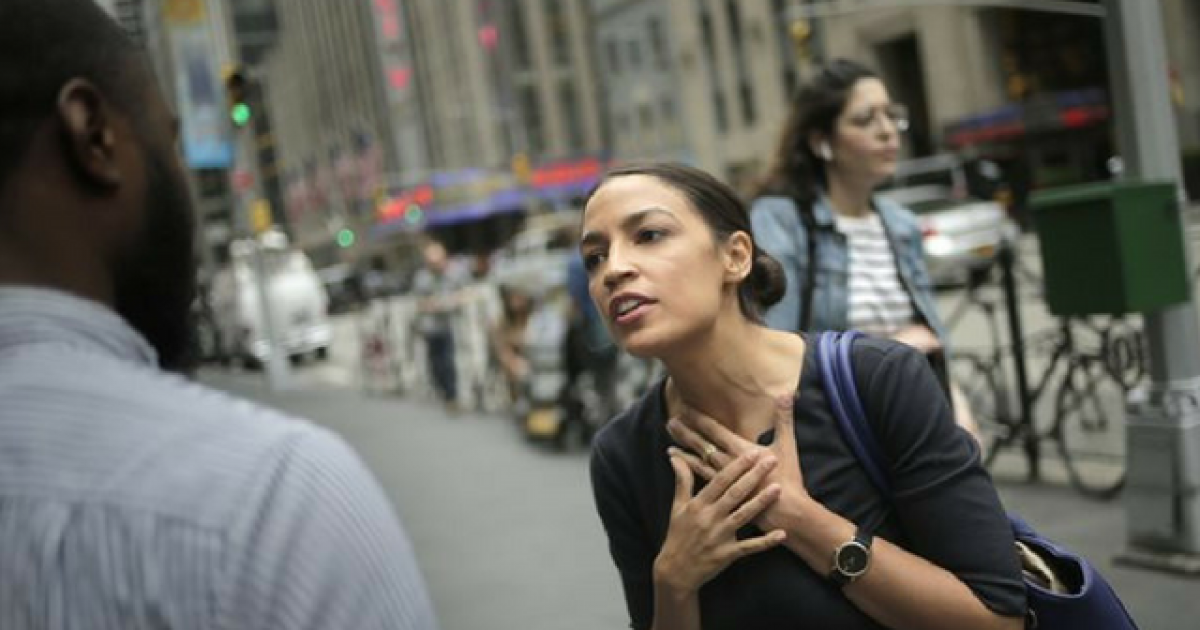 For once, Alexandria Ocasio-Cortez showed some grace, civility, and political maturity, but her base, who no doubt relies on her sensationalism, slander, and juvenile bumper-sticker politics, was less than thrilled.

As many on the right and left did this week, AOC Tweeted out condolences at the passing of Senator John McCain, a polarizing figure in Washington on both sides of the aisle who undeniably served his country selfless and admirably for the majority of his adult lifetime.

Ocasio-Cortez may have simply thought this was what the left was doing since the majority of the mainstream media and Democratic politicians have been pretending to love McCain since he remained in constant conflict with President Trump in the last few years of his life.

“John McCain’s legacy represents an unparalleled example of human decency and American service,” she wrote on Saturday. “As an intern, I learned a lot about the power of humanity in government through his deep friendship with Sen. Kennedy. He meant so much, to so many. My prayers are with his family.”

For someone who’s spent the majority of her incredibly brief political career fumbling over her words and making outrageously false and uncivil statements, this was a pretty impressive display of diplomatic character. And again, you’d think her base would have been right on board since they all think McCain is a hero for being disliked by Trump.

This is not good. A warmongering US Senator whose life work was to promote military interventions (the monster used to sing “bomb bomb bomb Iran”) — interventions that killed millions of people — should not be fondly remembered. https://t.co/8hJZbHHnsw

She is a bigger phony than I thought and that is saying something. https://t.co/r5iR4nC08O

Bourgeois liberals and political opportunists like Alexandria Ocasio-Cortez predictably capitulate to the rule of capital, celebrating the life of departed war criminal John McCain. Fellow Workers; take note of who she imbues with "human decency." https://t.co/pAuSmtVnEY

The critique wasn’t limited to Twitter–the far-left blogosphere, who had largely swooned over her up to this point, shook their heads as well.

“McCain’s record does represent the views Ocasio-Cortez has defined herself, and the fight she’s leading, against – does that fight pause for R.I.P.s?” wrote columnist Whitney Campbell on Jezebel, before continuing to bash a man who has not even yet been buried (it’s Jezebel…classlessness is their bread and butter.)

The Socialist Call was grumpy with both Ocasio-Cortez and Sanders for being decent human beings and tweeting out kind words at McCain’s passing.

“When Bernie Sanders and Alexandria Ocasio-Cortez issued condolences to the McCain family, it wasn’t terribly surprising. It’s one of those rituals that is expected of political leaders,” wrote Chicago Democratic Socialist Joe Allen.

“But that’s no excuse to say of America’s foremost warmonger, as AOC did, that he offers an ‘unparalleled example of human decency and American service.’ Or to extol him as an American hero, as Bernie did,” he huffed, going on to excoriate Sanders and Ocasio-Cortez for “shirking” their calling to criticize “American imperialism” at all times.

“As an organization we do need to remain critical when, under the pressure of capitalist politics, they willingly participate in poisonous national rituals that set back our work.”

Ouch! Looks like AOC has a fine line to walk between pleasing her radically anti-American base and appearing to be a decent, civilized human being. Because it certainly doesn’t appear that one could do both.