Terror at the Top

In 90 years has anything changed at the New York Times? In 1932 and 1933, the Times deliberately buried the story known as the ‘Terror-Famine,’ that astoundingly killed at least 3.9 million Ukrainians, but by some estimates perhaps as many as 7.0 million: At least one out of every eight people, and possibly as much as one out of every four people.

Times editors were well aware that the famine was orchestrated by Joseph Stalin who forbade outside food and aid shipments, confiscated household food items, and restricted of the mobility of Ukranian citizens.

Why did Stalin do this to a region known as “the world’s breadbasket”?

He sought to punish independence-minded Ukrainians, quash anyone who represented a threat to his totalitarian government, and vanquish Ukraine’s small farms in favor of Soviet state-run collectives. Stalin lost no sleep over the legions of emaciated bodies, near death, scratching for any morsel of food they could find.

The New York Times chose to bury this heart-wrenching, world-shaking story. Then, as now, their leftist bent was so intense and so all-encompassing that they couldn’t help themselves. The blunt truth is that they do not care who is hurt as long as socialist/Marxist/communist ideology prevails on earth. Propping up the Biden Administration is automatic.

One hundred years from now, is it realistic to believe that the facades which the mainstream media perpetrates daily on Americans and on free people around the globe will not continue to dominate?

By some chance, will their maniacal ideology finally be exposed by some new form of information dissemination, or some fundamental shift in media coverage?

How biased and detrimental their slanted news coverage has been to humanity, globally is difficult to fathom. For decades on end, when you prop up socialist, Marxist, or communist regimes, do you help anyone on Earth?

The mainstream press has held a news and information monopoly for so long, and has performed so skillfully, that the facade is not remotely understood by those in its spell, and bitterly denounced by those who see the mainstream press for what it really is. In the long run, truth generally prevails.

Even to this day, after five years of attempting to prove it, not a shred of evidence indicates that Donald Trump, his administration, or his campaign colluded in anyway with Russia. Still, you have Adam Schiff, Eric Swalwell, and all the other dolts in Congress who will readily appear on TV and spew lies. They play the ‘talking head’ game with sympathetic hosts and continue the guise, holding sway over those who don’t know how to find out the truth.

Before the mass media came into being, there always has been some entity that enforced its will upon the unwitting masses. Throughout history, dictators and other rulers imposed their version of the truth on their respective societies.

In the 21st century, roughly half of the United States and roughly half of the globe are subject to Leftist manipulation. The stranglehold that the Left and the mainstream media have on humanity leads to some intriguing philosophical questions. Despite all the information sources that exist today, why does so much of the world still fall for manufactured and manipulated news?

How can people keep tuning in to CNN or MSNBC, or for that matter the nightly news on ABC, NBC, or CBS? How many times does CBS have to be caught red-handed doctoring the news, slanting stories on 60 Minutes, and laying traps for people like Governor Ron DeSantis, only to be exposed? And then, within a matter of days, having learned nothing, revert back to more of their insidious ways of presenting information?

How often can The New York Times offer a story the later proves to be completely untrue, and its editors knew was untrue at the time, and yet its core readership is unfazed? How can The New York Times continue to be regarded by many as the ‘newspaper of record,’ offering ‘all the news fit to print’? What tidal wave of human understanding, once and for all, needs to occur before we universally recognize highly biased reporting sources for what they are?

In the United Kingdom, major news publications openly advocate a position, left or right, and don’t play ‘let’s pretend.’ News consumers understand the bias that each media outlet or newspaper maintains, can read their articles, and judge them accordingly.

From the smallest particles in the universe, to the universe itself, to the multiverse, if it exists, God’s hand touches all. 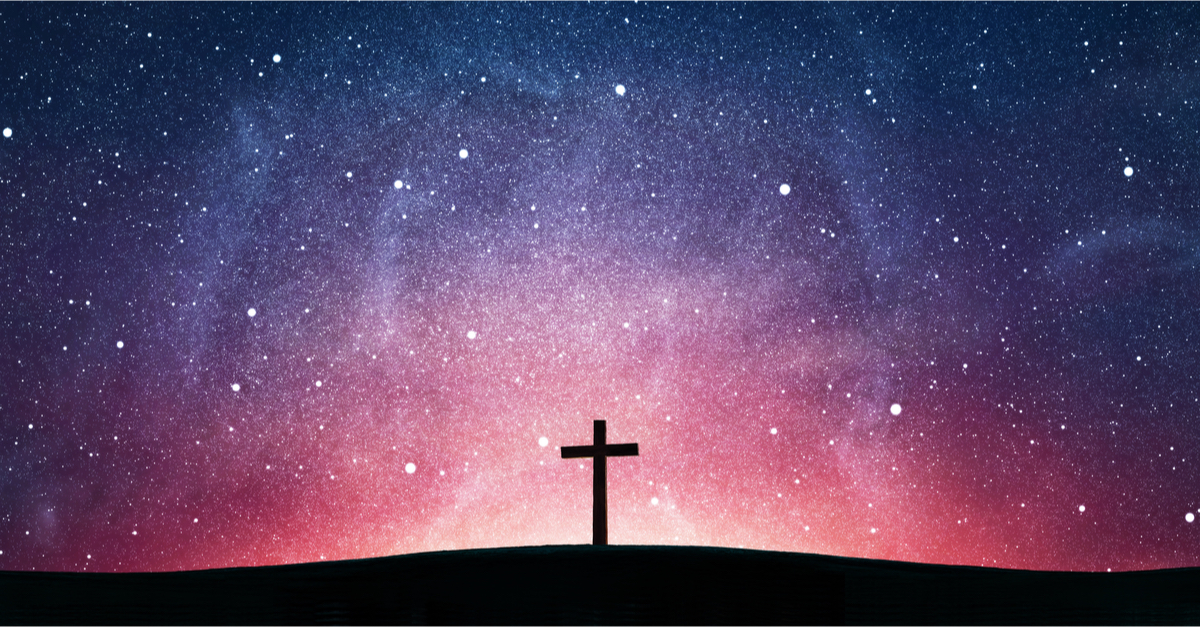 A single infinitesimally small atom, sufficiently dense to contain matter equal to between 200 billion and two trillion galaxies, exploding via the phenomenon we call the Big Bang, was put in motion, somehow, someway, by a force as powerful, if not more powerful, than the energy in the universe itself. The vastness of the known universe, added to whatever else is in the universe currently unknown, all but precludes that the existence of the cosmos is a result of some spontaneous, chemical, physical reaction without a driving force behind it. Some entity, spirit, first driver, or, most likely, deity, had to have been behind it. Irregular Shapes and Sizes Galaxies, it is now known, appear in irregular shapes and sizes and, among them, many dwarf galaxies exist. Dwarf galaxies, the smallest in the universe, contain only a few hundred or a few thousand stars. Dwarf galaxies routinely lose their stars to their much larger neighbors via gravity. As stars stream across the sky, dwarf galaxies frequently are ripped apart. Our own galaxy, the Milky Way, rotates at about 560,000 miles per hour and completes one full revolution every 200 million years or so. One Milky Way revolution ago, dinosaurs ruled planet Earth. The emergence of Homo erectus was 196,000,000 years in the future. The Milky Way has nearly 300 billion stars, however, this is atypical. Most galaxies have fewer stars, perhaps around 100 billion. If galaxies were reduced in size to that of apples, neighboring galaxies would be a handful of meters apart. The relative proximity of galaxies means that galaxies occasionally emerge. Around four billion years from today, the Milky Way will merge with the Andromeda galaxy. The merging process itself will require at least 100 million years. During this transition, all life on earth will be irrevocably altered…