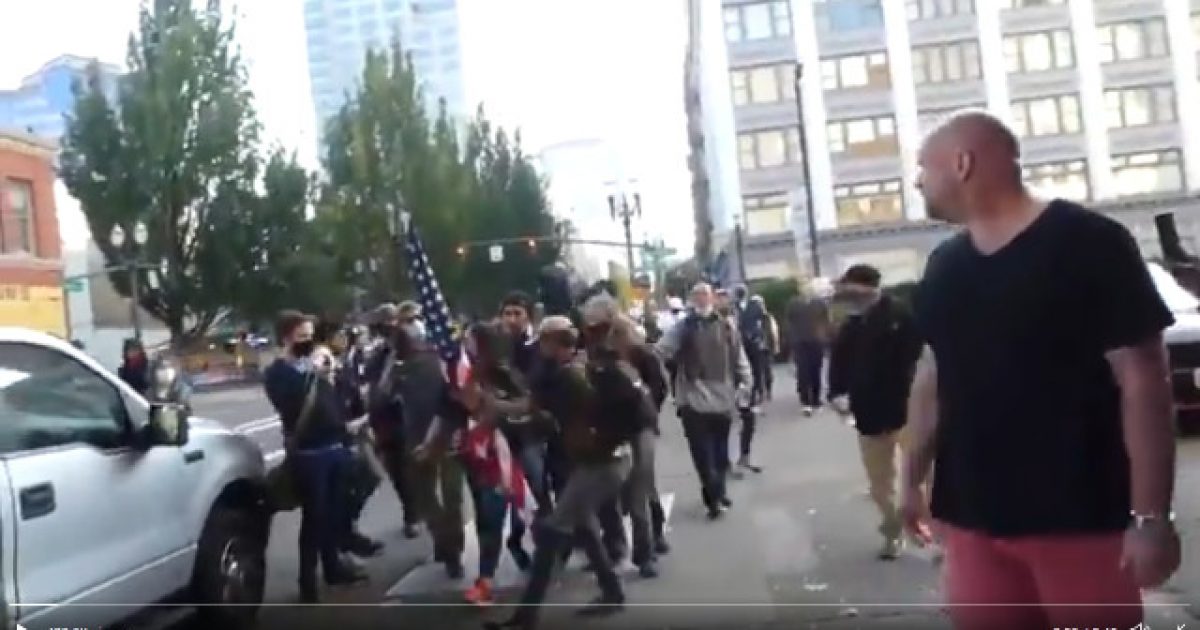 Do you guys remember last week when Democratic presidential nominee Joe Biden refused to condemn Antifa and said they were “an idea, not an organization?” Well, how does the former vice president explain how a woman holding an American flag was dragged to the ground by hair by an “idea?”

A woman in Portland who was holding the flag while protesting was yanked to the ground by her hair by alleged Antifa activists, but like any true patriot, she gripped the flag tight and refused to let go.

This kind of behavior is unacceptable. Biden needs to come out and condemn Antifa right now.

Journalist Andy Ngo, who has testified in front of the United States Congress about Antifa, identified the assailants as “Antifa” activists, and stated that the woman holding the flag was a woman of color.

There was a conservative protest today in downtown Portland. Antifa came to attack the attendees. As they were leaving, antifa tried to steal a woman’s US flag (she’s a person of color). She refused to let go & they pulled her to ground by her hair. She still didn’t let go. pic.twitter.com/AjM4pIPTGy

The mayor’s office issued a statement noting that they’d “asked the U.S. Attorney’s office to withdraw the designation. … A key feature of the designation is that anyone who assaults a federally deputized official could be subject to federal charges. … Fortunately, I am confident the Multnomah County District Attorney will continue to prosecute anyone who assaults or otherwise harms police officers or others,” Oregon Live reported.

It’s a sad time for our nation when just holding the American flag, the symbol of a nation that stands for liberty and justice, is enough to cause radical, unhinged wannabe terrorists to assault you in the street for exercising your First Amendment rights.

Liberals need to put a stop to this by condemning Antifa. Why won’t they take this simple action? Could it be because, secretly, they support what these folks are doing? Or at best, are using them as pawns to sow chaos in hopes of that working in their favor in the election?

Christ Pratt Gets Ripped For Making Jokes About Voting: ‘This Is Super Insensitive’