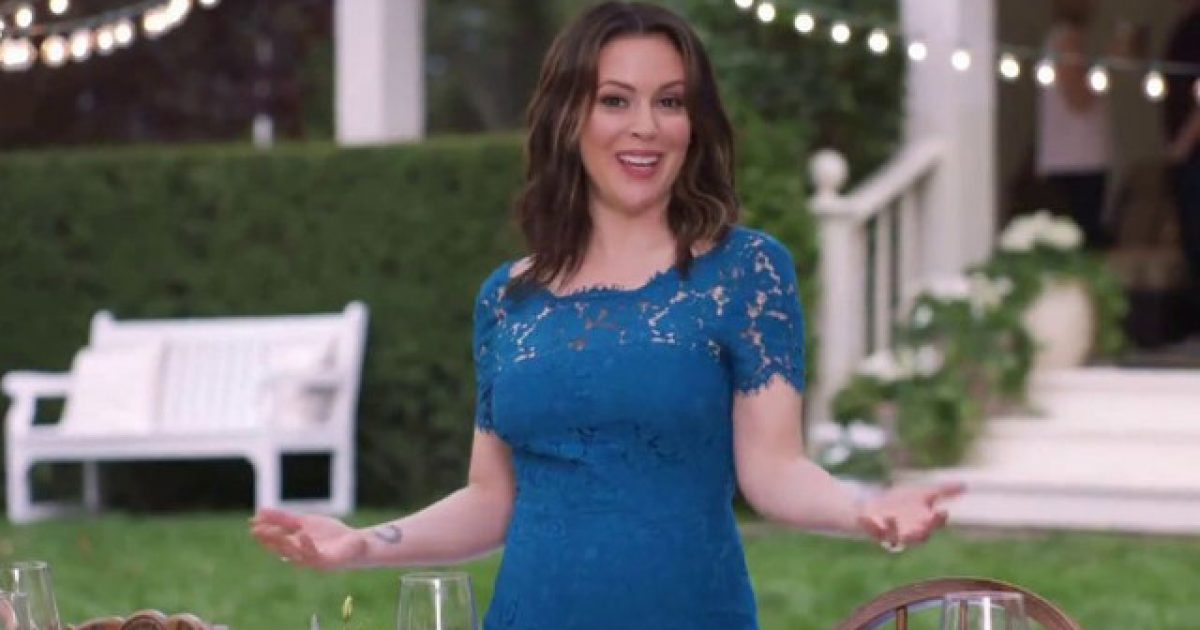 Actress Alyssa Milano, who has made a name for herself over the last year or so for her outspoken liberal leanings on social media, has once again managed to draw the spotlight on her fading relevance by volunteering to foster immigrant children being housed in facilities in Harlem who have have been separated from their parents under the “zero tolerance” immigration policy.

This lady really seems desperate to gain some attention, doesn’t she? However, at least she’s actually being somewhat consistent with her own beliefs by opening her home up to these folks.

The native of Bensonhurst, Brooklyn, wrote to the CEO of Cayuga Centers, Edward Myers Hayes, on Thursday, offering to help, according to a letter obtained by The Post.

“Based on New York City news reports detailing a covert, dark-of-night transport of children it appears your organization has stepped up to temporarily care for these poor souls. I, along with others — while fervently against the White House policy that put these children in your care — acknowledge your efforts,” wrote Milano, 45.

“With this, I write to offer my assistance. Like many people touched by this tragedy, I have thought about ways I can help,” she added. “As a mother, I know that children need to be reunited with their parents in the United States more than anything.”

The “Charmed” screen star and mom of two said she was willing to offer children “my home and my heart; my love and whatever stability I can give them until they can be reunited with a parent.”

“I will register with the appropriate authorities so I can bring some of these children into my home and foster them during this time of need,” she offered in the letter. “Afterwards, I will help ensure they get the help they need to fight their cases, stay, and win. I am sure this is something many other Americans would consider a moral and patriotic duty, as well.”

Look, it seems pretty obvious that the majority of Americans, including many conservatives feel this whole separation business is horrible and something needs to be changed. On the other hand, that doesn’t mean that we shouldn’t have strict immigration policies and laws to defend our nation and keep it safe from dangerous intruders.

Folks seem to think this is an either/or issue, when it’s a both/and issue. Let’s stop the hateful rhetoric and actually work toward producing a solution that prevents kids from being separated from parents and yet still protects our nation’s sovereignty.

Roseanne Barr’s Ex-Husband On Mission to Take Down Trump, Here’s What He’s Up To