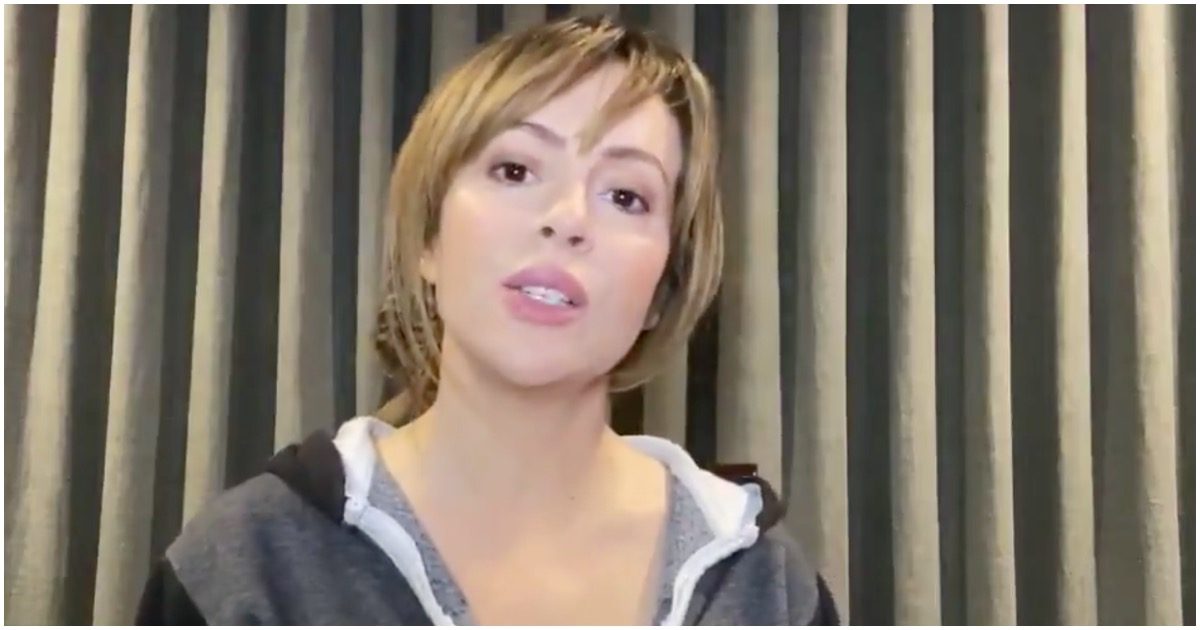 Because she grew up in Hollywood as a child actor, there was always a pretty decent chance Alyssa Milano was going to grow up to be a far-left radical.

Boy, did she succeed in that regard or what?

On Thursday, Milano demanded Americans stop buying guns and maintain social distancing – because she knows what’s best for you.

Americans bought over 2 million firearms in March of 2020, over a million more than this time last year. We have to keep each other safe by social distancing and washing our hands and not bringing dangerous firearms into our homes. #StopTheCoronavirusGunSurge #NoRA pic.twitter.com/O5J98QXTFO

Milano, who was an outspoken advocate for the #MeToo movement and a celebrity endorser of the Democratic front-runner, addressed her “silence” on the 1993 assault allegation made Tara Reade, a former staffer for the then-senator who came forward with her assault claim last month.

“I had not publicly said anything about this- if you remember, it kind of took me a long time to say anything about Harvey [Weinstein] as well — because I believe that even though we should believe women… but that does not mean at the expense of giving men their due process and investigating situations,” Milano said during a radio interview on Monday. “It’s got to be fair in both directions.”

I explained my silence on the allegations against Joe Biden in this clip.

I am still endorsing @JoeBiden. Listen to this clip to find out why. #MeToo #TimesUp https://t.co/6v7udELEzv

You are a fraud. This is about holding the media accountable. You go after Trump & Kavanaugh saying Believe Victims, you are a lie. You have always been a lie. The corrupt DNC is in on the smear job of Tara Reade, so are you. SHAME https://t.co/B7NHK4k09K

In 2019, Milano called on the world’s largest employer to stop selling guns that they don’t even sell – if you can figure that one out.

We're in shock over the tragic events at Cielo Vista Mall in El Paso, where store 2201 & club 6502 are located. We’re praying for the victims, the community & our associates, as well as the first responders. We’re working closely with law enforcement & will update as appropriate.

Hey, @Walmart! This would be a great opportunity for you to take a true leadership position and stop selling guns. https://t.co/JcQ6BvTbUe

If people did a scintilla of research instead offering up knee jerk reactions like this, we’d all be better off. Walmart stopped selling firearms like this in 2015 and they only sell handguns in their Alaska stores. https://t.co/ApVUbqybkR

1. Raised the age of any firearm purchase to 21
2. Won’t allow a sale until a background check is completed. Federal law allows the sale to go through after 3 days without a denial.
3. Does not sell bump stocks or high capacity magazines

Never miss an opportunity to take a tragedy and turn into something political. SMH #TheLeftExposed

She must get retweets to survive!

Trump Takes Action, Looks to ‘Terminate’ Chinese-Owned Telecom Firm From Operating In US

Flashback: Biden Says Drunk Driving Not A Felony for Undocumented, Won’t Deport For It