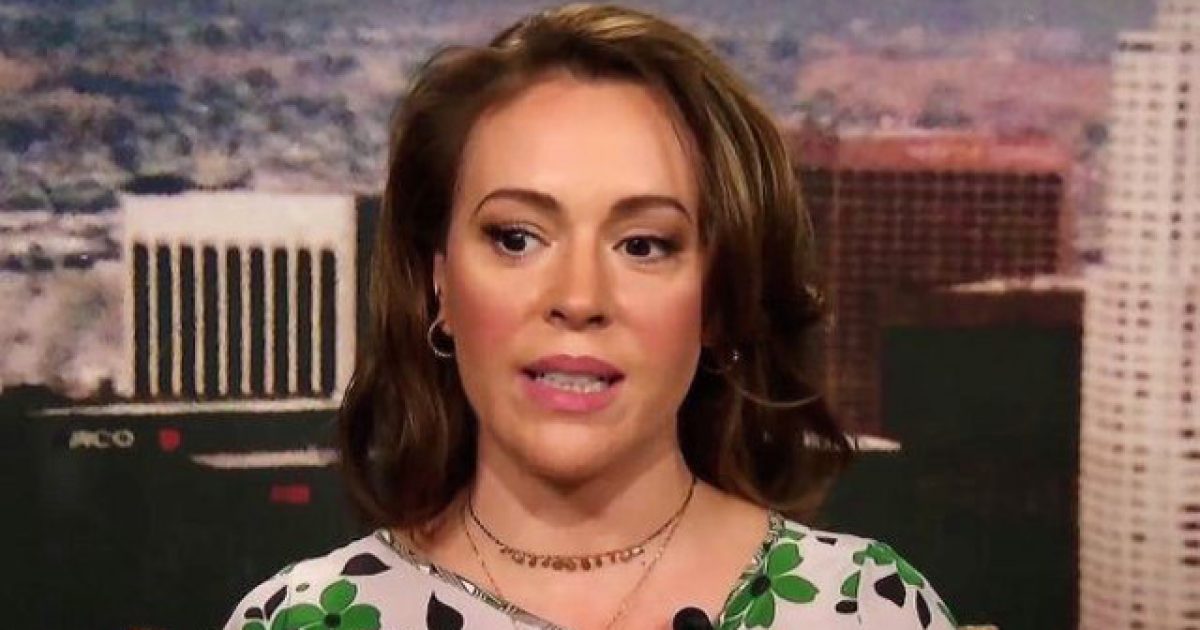 There are a lot of annoying, ignorant leftists in Hollywood who constantly weigh in on political matters that they seem to either be woefully uninformed about or are just plain evil in their thinking.

What actress Alyssa Milano said about pro-lifers who support the death penalty falls into both categories and only serves to make those of us who actually know what we’re talking about long for the days when the social media mute button comes to the real world.

On Thursday night, actress and abortion champion Alyssa Milano, responding to the announcement that Attorney General William Barr had directed the Federal Bureau of Prisons to clear the way for the federal government to execute five inmates who are all convicted child murderers, snapped at one pro-life advocate, “You’ve lost the right to pull your, ‘pro-life’ narrative-talking-point-bullshit with me.”

Milano’s remark followed Sen. Kamala Harris cavalierly disregarding the Second Amendment on Thursday, tweeting, “As president, I will give Congress 100 days to get their act together and pass reasonable gun safety laws. If they don’t, I will take executive action. Thoughts and prayers are not enough. We need action.”

As president, I will give Congress 100 days to get their act together and pass reasonable gun safety laws. If they don’t, I will take executive action. Thoughts and prayers are not enough. We need action.

Milano responded, “No more complacency. This is what Obama should have done after Sandy Hook when 20 children and 6 adults were murdered violently. Thank you, @KamalaHarris. Thank you.”

No more complacency. This is what Obama should have done after Sandy Hook when 20 children and 6 adults were murdered violently. Thank you, @KamalaHarris. Thank you. https://t.co/bkHQXoXhXB

One Twitter user responded to Milano by noting that Milano was ignoring the fact that she herself was a fan of an organization that routinely murders hundreds of thousands of babies each year, writing, “Murdered like ya PLANNED PARENTHOOD? Murdered like THAT? Is that what you mean?”

This is the tweet that seemed to set Milano off on her inconsistent ramble about how pro-lifers are hypocrites if they stand for the death penalty too, completely missing the point that if you value justice — restitution for crimes committed — and human life, you recognize the death penalty is the only just punishment.

Your administration just reinstated the death penalty and scheduled 5 executions of *actual* people. You’ve lost the right to pull your, “pro-life” narrative-talking-point- bullshit with me. https://t.co/oDDaYG8JjX

Conservative pundit Allie Beth Stuckey took Milano to school, teaching her a valuable lesson in rational thinking and logic, two things that Milano and many of her fellow Hollywood ilk seem to lack.

Talk about a mic drop. That pretty much destroys Milano’s thinking from top to bottom.

It’s tragic that, in America, the land of the free, the most vulnerable group of citizens we have — the unborn — are having their most basic rights stripped away from them by the thousands, and the very same people who are supposed to be protecting those rights are fighting to ensure they are violated.

Let’s pray for change in this country.