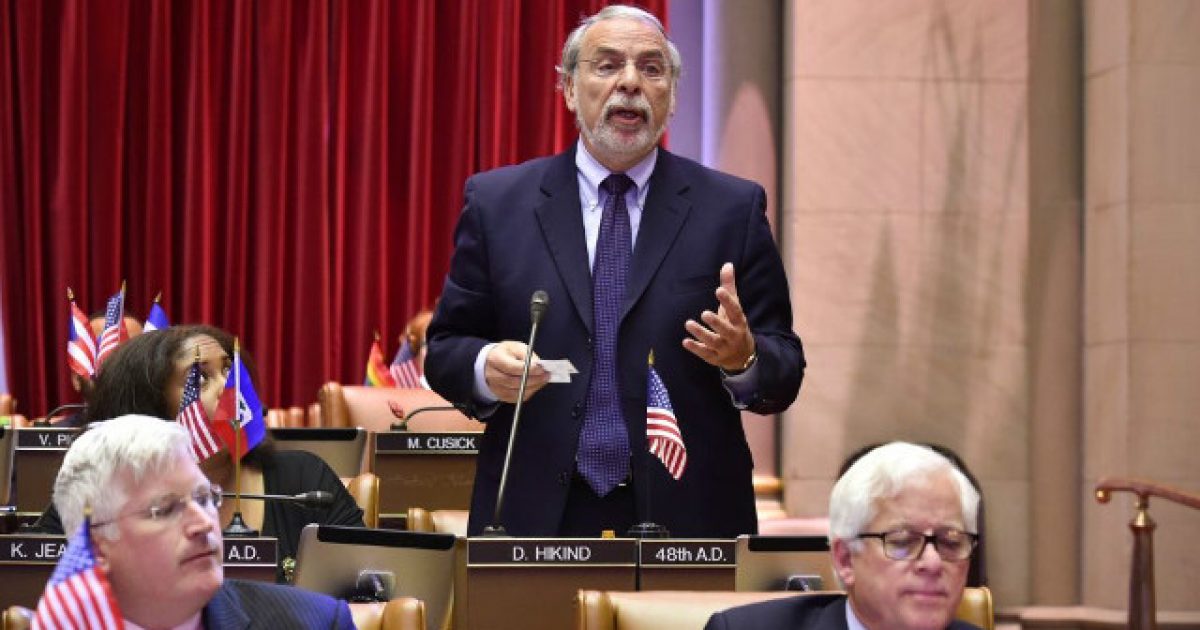 New York state assemblyman Dov Hikind, who is an orthodox Jew, just created an awesome new ad which features him being bombarded with letters from Sen. Chuck Schumer asking for donations, finishing off with reasons why he would not be donating to the Democratic Party.

This is the kind of political ad you don’t mind being hit with over and over again while watching television because the point is so well articulated. More politicians, especially on the right, would benefit from making similar commercials.

The ad begins with Hikind arriving at his home, and finding a letter on his doorstep. The camera zooms in on the envelope, showing it with Schumer’s return address. An animated cloud appears on the screen with the caption inside it reading, “Give money to the Democrats?”

A clock appears on the screen with its hands moving furiously to indicate the passage of time; then Hikind arrives home again to pick up another letter on his doorstep. As he opens it, the cloud reappears, this time saying, “Again, Senator?!” The camera focuses on the text of the letter, which reads, “Senate Majority 2018 exists to run independent, take-no-prisoners campaign and fight back against the right-wing fundraising machine.” Hikind shrugs, then enters his home.

Back to the furiously moving clock: Hikind arrives home after being dropped off there; he picks up a third letter deposited on his doorstep, perusing the envelope as the cloud appears; this time the cloud reads, “He’s got to be kidding!”

The clock runs again; this time Hikind is seated in his dining room studying a Jewish text when his wife comes through the front door, holding yet another envelope from Schumer. After she hands him the envelope, she stands behind him waiting for him to open it. They converse; Hikind says back to her, “They stand with Louis Farrakhan! Elevate Keith Ellison! Espouse socialism! Promote Linda Sarsour! Back the racist BDS!” He hurls the envelope across the table.

A montage follows in which letter after letter from Schumer drops on the table as Hikind is either studying, working at his computer or reading the newspaper.

After the montage, a blank screen card appears featuring the words: Dear Senator Schumer: Today’s Democratic Party does not deserve our support.

Here’s a video of the ad:

Dear Senator @chuckschumer, I received your request(s). Our party has lost its way. The answer is NO! pic.twitter.com/7msGhJJvhM

This is a creative way to get the point across and to address the annoyance of being bombarded with political ads and messages, something that all Americans can relate to.

It’s refreshing to see someone stand on their convictions and resist the left and their attempt to take over Congress during the midterm elections.