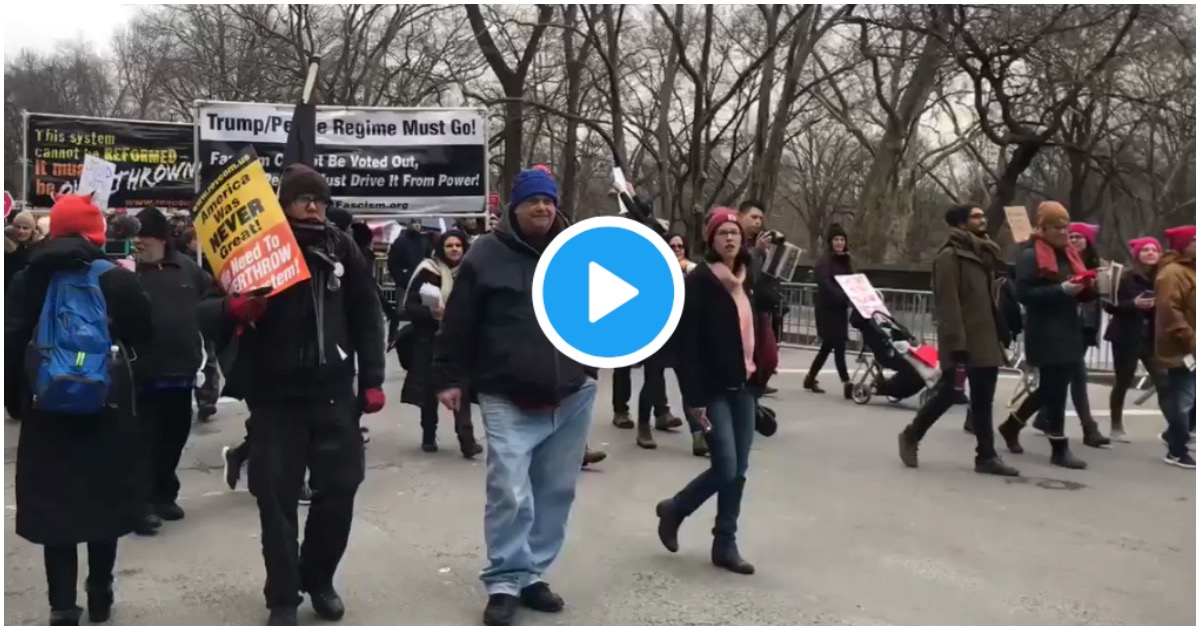 It isn’t exactly a clever play on words.

These are the people who voted for Hillary Clinton and Barack Obama.

These are the people who want liberals running the country.

A divided and notably smaller Women’s March stepped off today, but activists despise America just as much.

The Democrat Party has a huge problem with anti-Semitism.

People who are honest with themselves will come to that conclusion.

But they are hardly the only ones.

Anti-Semitism within the Women’s March is so blatant that the DNC and far-left Emily’s List cut ties with the organization last week.

Ocasio-Cortez wouldn’t answer when asked the question: “Why are you standing with people who openly support Hamas, a terrorist organization that kills Jewish people?”

AOC then very ignorantly blamed the Trump administration for being anti-Semitic.

WATCH: Rep. Alexandria Ocasio-Cortez addresses question about those with concerns about anti-Semitism within the Women's March groups. https://t.co/qxhHH5CLXR pic.twitter.com/0B90LAZ186

Women’s Marches were canceled all over the country, including Chicago and California.

As far as the Golden State is concerned, the march was canned because too many white people signed up.

For real. No joke.

Related Topics:2020americademocratsFeaturedTrumpwomen's march
Up Next