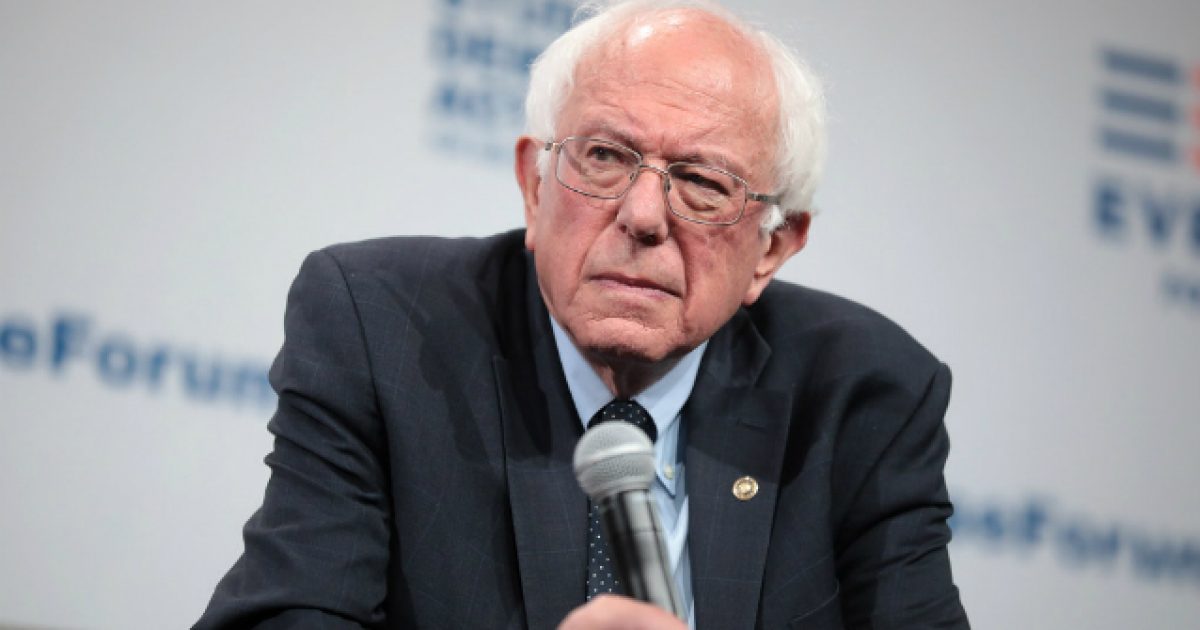 Sen. Bernie Sanders is one of the most controversial presidential candidates we’ve had in America in quite some time, thanks in large part to the fact he’s openly socialist and very much a fan of communist countries like, especially Cuba.

Sanders has praised dictator Fidel Castro in the past, comments that did not go over well with folks on both the left and the right.

Well, an American government employee who spent five years in a Cuban prison has come out and said that Sen. Bernie Sanders told him he didn’t understand criticism of the communist country.

And people actually want this guy as president?

Alan Gross, 70, who was working in the country as a U.S. Agency for International Development subcontractor, was imprisoned in Cuba on charges of spying for the United States in 2009. Sanders and two other senators held a one-hour meeting with the then-prisoner in 2014 when they visited Cuba as part of a congressional delegation.

“He said, quote: ‘I don’t know what’s so wrong with this country,'” Gross told NPR in an interview Wednesday.

Gross previously discussed the meeting, alluding to the alleged Sanders comments, in 2016 with Politico. He immediately backtracked, however, later explaining that he “didn’t really think it was all that relevant” to the interview he was giving.

“I had the impression that Bernie didn’t see that there was so much wrong with the country that he was visiting,” Gross said then, before adding: “Oh, no, no, no. Not really. Not really. He didn’t say so much as that.”

Gross spoke to NPR about his experience locked up in Cuba, an experience that might help our wacky socialist friend better grasp why the vast majority of us aren’t big fans of Cuba.

“The first year of my captivity was akin to sensory deprivation, because, well, I saw about 20 minutes of sunlight during the first year.”

Gross went on to say that he lost 100 pounds during his time behind bars and five teeth. Add to that the guards threatened to pull his fingernails off and hang him and it seems pretty crystal clear why folks criticize Cuba.

It seems to me that most people are aware of the awful things Castro and Cuba did, especially to those who had a dissenting opinion, so there can only be two explanations for Sanders’ lack of understanding here.

One, he’s completely ignorant of all this and has an egregious lack of intelligence and awareness.

Or two, he’s totally okay with folks who disagree with big government being stripped of their rights and being treated as less than human.

Your guess is as good as mine.

ICYMI: ‘Can’t Make This Up!’ Biden Speaks to Crowd While In ‘North South Carolina’ – Video