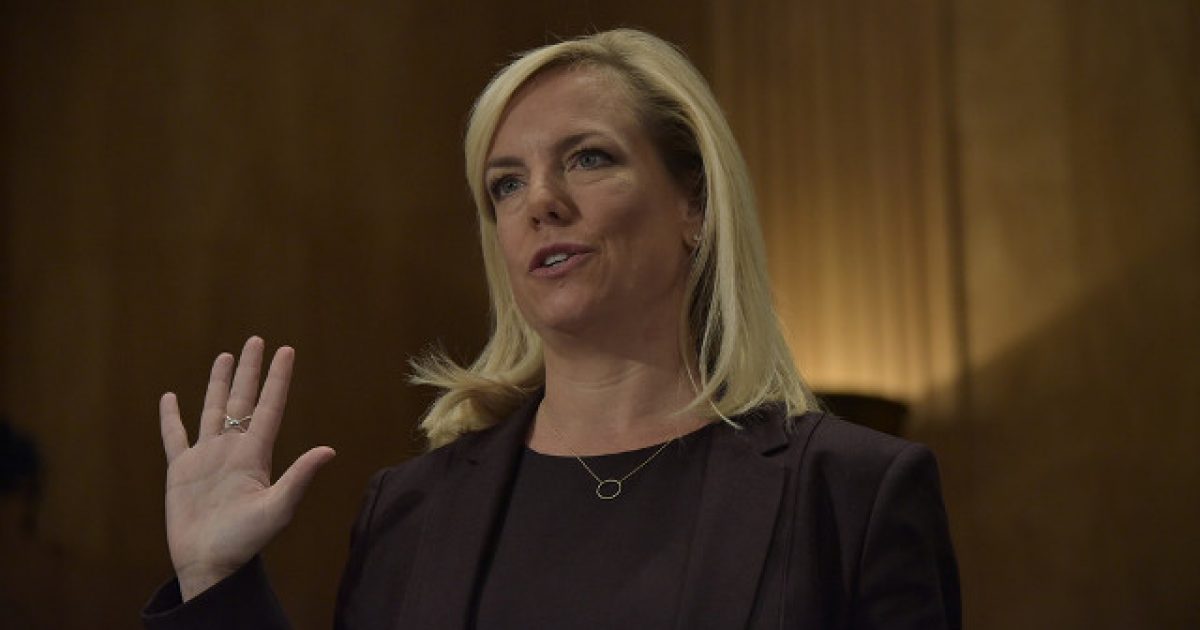 Americans the nation over are living on the edge of their seats, so to speak, as the national mood turns ever more tense by the hour.

Of course, we can thank the mainstream media for a great deal of this inner turmoil and our feelings of impending doom.  You can’t take a peek at a 24-hour news station without seeing a multitude of chyrons, graphics, and assorted distorted faces, all counting down the hours until Americans cast their ballot and begin to stare down the possibilities of the next 2 years.

For the democrats, a big win could signal the end of the Trump Era with impeachment looming on the horizon of the half-drained swamp.  For the republicans, their focus is on maintaining in the face of a political storm the likes of which Washington has never seen.

Throw in a dash of voter fraud and you have yourself a potent stew a’brewin’.

No fear, says the Secretary of the Department of Homeland Security, however.  Things will be just fine.

DHS Secretary Kirstjen Nielsen said Friday she believes the midterm elections will be the “most secure election in the modern era” but told Fox News in an exclusive interview that “everything is on the table” if others try to meddle with the vote.

In New York City for a cyber security event at the Council on Foreign Relations, Nielsen said the government is in a “tremendously different place” than in 2016, when the Russians attempted to interfere in the presidential election.

“I do think it’s safe to stay this will be the most secure election in the modern era,” Nielsen said. “We are in a tremendously different place than we were in 2016 in terms of partnerships with state and locals and everything they have done to secure their infrastructure.”

Pressed on whether a cyber response is being readied by the United States if attacked, Nielsen said, “Everything is on the table. I think the president has made it very clear if we are attacked we will defend ourselves so every element of power that we have available to us will be considered in terms of our response.”

Concerns over election hacking have been heightened in recent years due to democratic fear mongering on the subject of Russia.

Ironically, those concerns do not seem to translate into the broader issues of voter fraud, to which the democratic response has often been indifference.