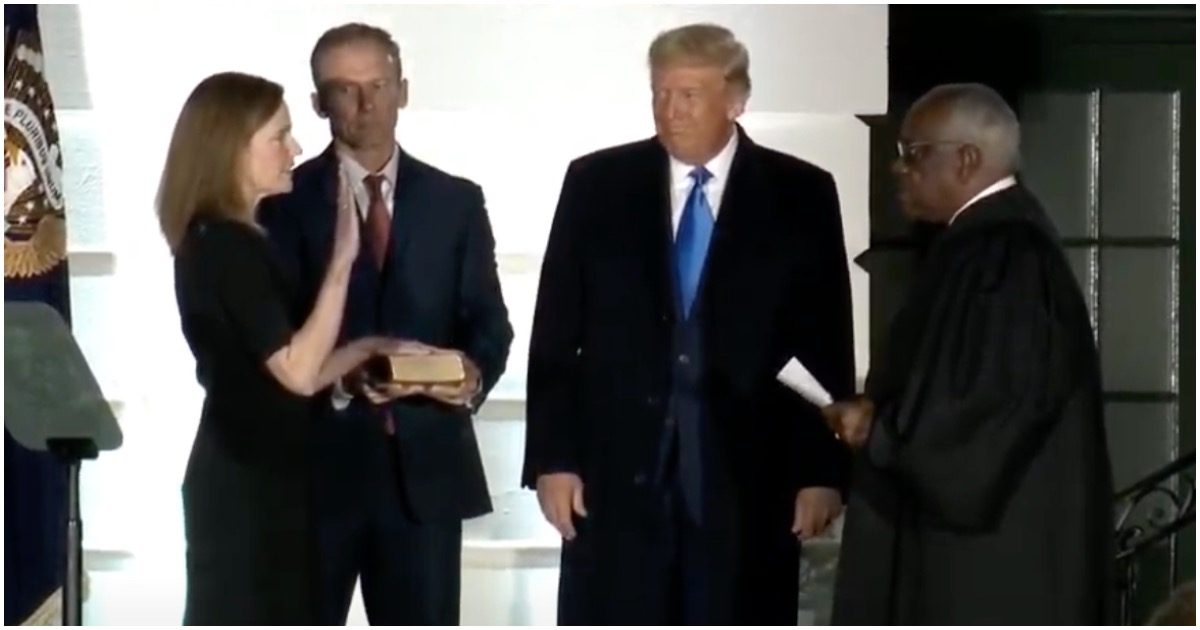 The thing President Trump may be known for when it’s all said and done (and also what he doesn’t get enough credit for) is reshaping the federal judiciary.

POTUS has appointed a heckuva lot of constitutionalists to the courts. America, obviously, is better off because of this.

CNN and MSNBC chose not to air the historic vote in the Senate that confirmed Barrett as the 115th justice and only the fifth woman to the Supreme Court. The vote resulted in 52-48 with Maine Sen. Susan Collins as the sole Republican to join Democrats in opposition.

Both networks largely covered Barrett’s confirmation through the prism of the coronavirus outbreak with CNN anchors shaming the Trump administration for hosting a celebration at the White House following the previous event commemorating Barrett’s nomination, which has been widely referred to as a super-spreader based on the high number of attendees who were later diagnosed with the virus.