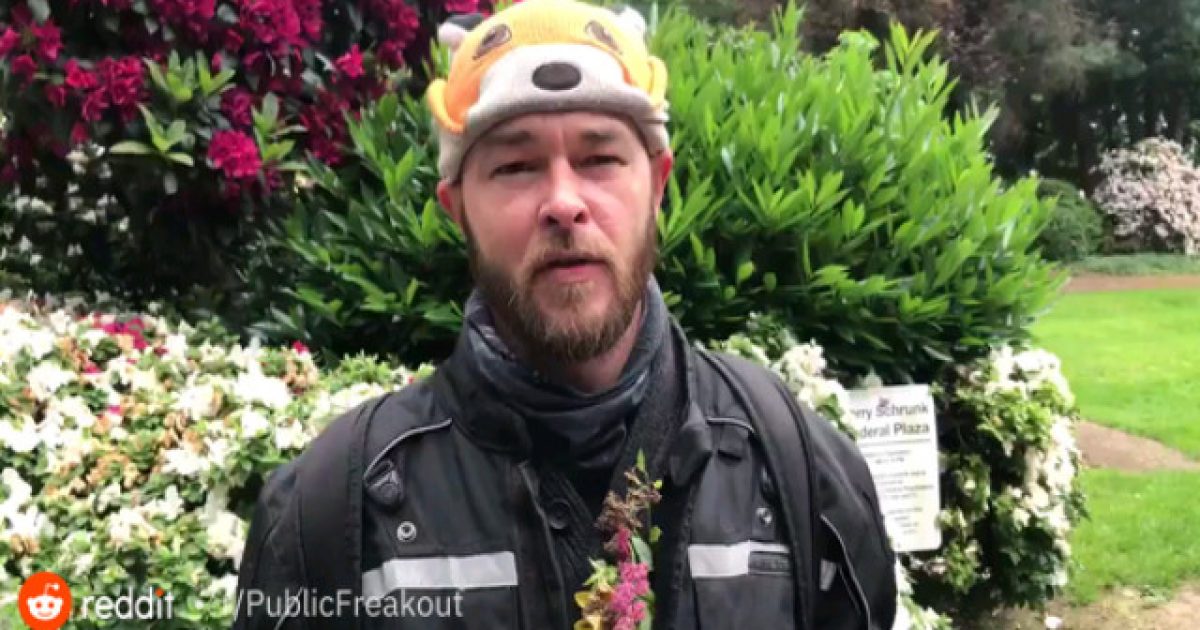 An alleged witness to the horrific murder of a “right-wing protester” named Aaron Jay Danielson in Portland stated that he and Danielson were “hunted” down by alleged left-wing Antifa members after they were noticed wearing their Patriot Prayer hats.

This is one of the most disturbing stories to come out of all this civil unrest and is all the proof one needs to see in order to come to the conclusion that Antifa is indeed a terrorist organization. Folks, this needs to be shut down immediately. No more playing around.

“We’ve got a couple of ’em right here, pull it out, pull it out!” the alleged witness recounted them saying, during an interview posted to YouTube by The Common Sense Conservative on Saturday.

The alleged witness said he believes he and Danielson were targeted because of their hats, but also because they were unarmed and alone.

“They executed my partner, they hunted him down, they hunted us down,” he recalled. “They recognized our Patriot Prayer hats.”

There are quite a few folks who have described Patriot Prayer as a “white supremacist” group, despite the fact the group’s founder, Joey Gibson, has on many occasions denounced racism, bigotry, and white supremacy, by name, for years.

Folks, this is terrifying. In America we should all be able to share our political views peacefully and protest — so long as we aren’t hurting other people or damaging their property — in order to express our systems of thought and belief.

When terrorists attempt to silence those they disagree with by using violence, the country will stagnate as the battlefield of ideas ceases to exist. Antifa has proven time and again they want to force everyone to believe the same thing, whether you want to or not.

They are using violence and riots to accomplish this task. It’s sickening that we’re allowing this to happen and not taking proper action to allow law enforcement to quell these riots.

Liberals are doing nothing because they hope this chaos will cause Trump to lose the election. It won’t. It’s only making a stronger case for his leadership.