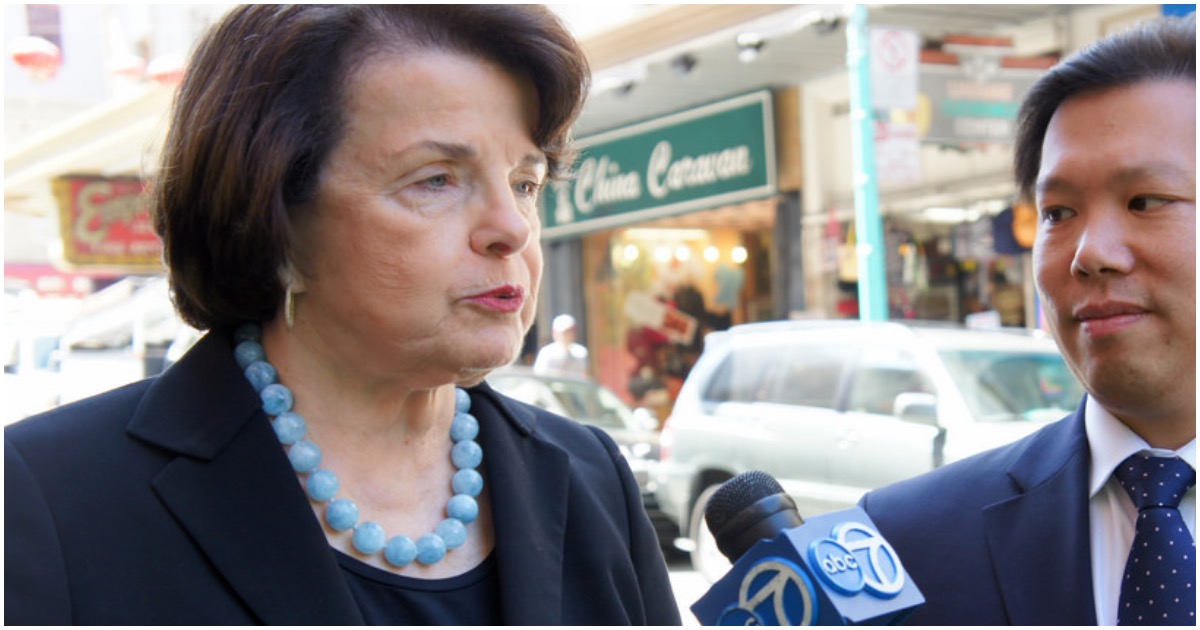 Democrat Senator Dianne Feinstein was one of the major players behind the Bret Kavanaugh fiasco, more than likely having planned behind the scenes the circus America saw play out for months.

Feinstein is back in the news today, quietly introducing an assault weapons ban bill.

Maybe she thought we wouldn’t catch it?

Well, she was wrong.

Feinstein’s bill, the Assault Weapons Ban of 2019, would ban the sale, manufacture, transfer, and importation of certain semiautomatic firearms. The text of the bill has not yet been released, but Feinstein’s office said it would ban any firearm capable of accepting a detachable magazine and either a “pistol grip, a forward grip, a barrel shroud, a threaded barrel or a folding or telescoping stock.” Firearms fitting the description would become illegal to sell if the bill was passed but those already legally owned would remain legal but become subject to additional regulations. Transfers of so-called high capacity magazines would also be banned under the proposal, though the senator’s office didn’t specify what would constitute a “high capacity.”

“Last year we saw tens of thousands of students nationwide take to the streets to demand action to stop mass shootings and stem the epidemic of gun violence that plagues our communities,” Feinstein said in a statement. “Our youngest generation has grown up with active-shooter drills, hiding under their desks—and now they’re saying enough is enough. Americans across the nation are asking Congress to reinstate the federal ban on military-style assault weapons and high-capacity magazines. If we’re going to put a stop to mass shootings and protect our children, we need to get these weapons of war off our streets.”

Health Care For All Comes to Major Liberal City, & Immigration Status Is Irrelevant