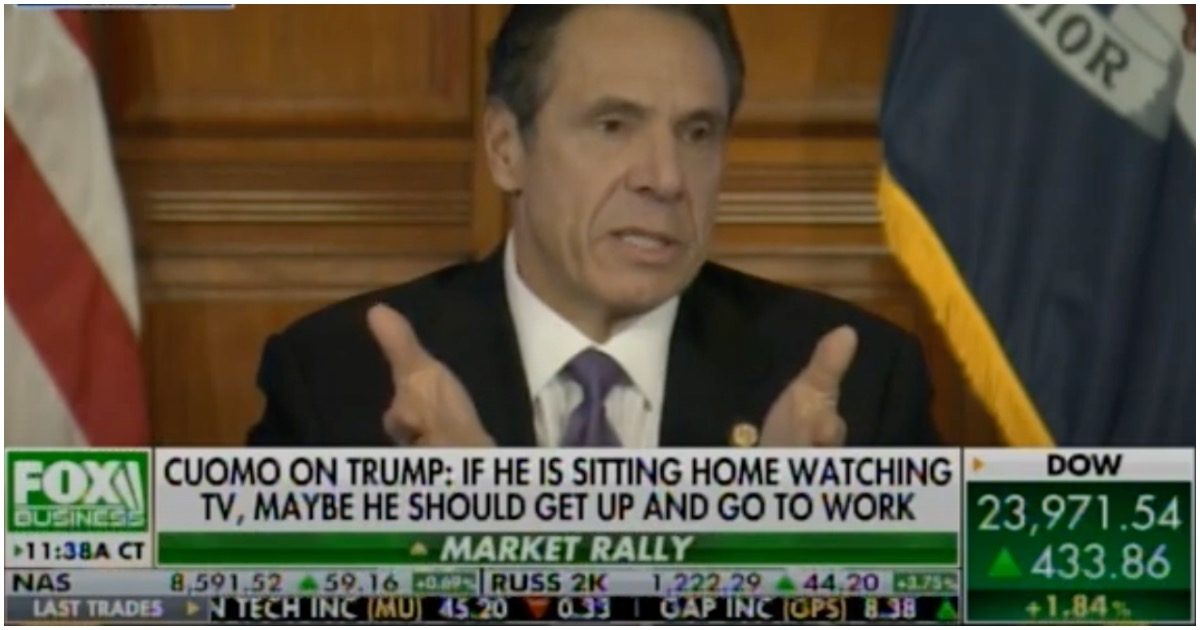 Donald Trump versus Andrew Cuomo in 2020 would be best for Democrats in November. At the very least, the liberal governor of New York is coherent and can put a complete sentence together.

On Friday, Trump and Cuomo once again exchanged jabs.

Cuomo noted, “If he’s sitting home watching TV, maybe he should get up and go to work.”

Cuomo, as he has for weeks, said the various federal coronavirus relief packages short-changed New York and that a new $500 billion bill was needed that allocated much more money to the state.

He also took exception with Trump’s comments that testing was up to the states, saying there was no effective way for the states to test at scale and that the president was refusing to help solve a national problem.

….testing that you should be doing. We have given New York far more money, help and equipment than any other state, by far, & these great men & women who did the job never hear you say thanks. Your numbers are not good. Less talk and more action!

Check out what Cuomo said about “natural disasters” in November 2019.

It should’ve been the quote of the year.

“Ali, anyone who questions extreme weather and climate change is just delusional at this point,” Cuomo told MSNBC anchor Ali Velshi. ” We have seen in the State of New York and we have seen — it is something we never had before.”