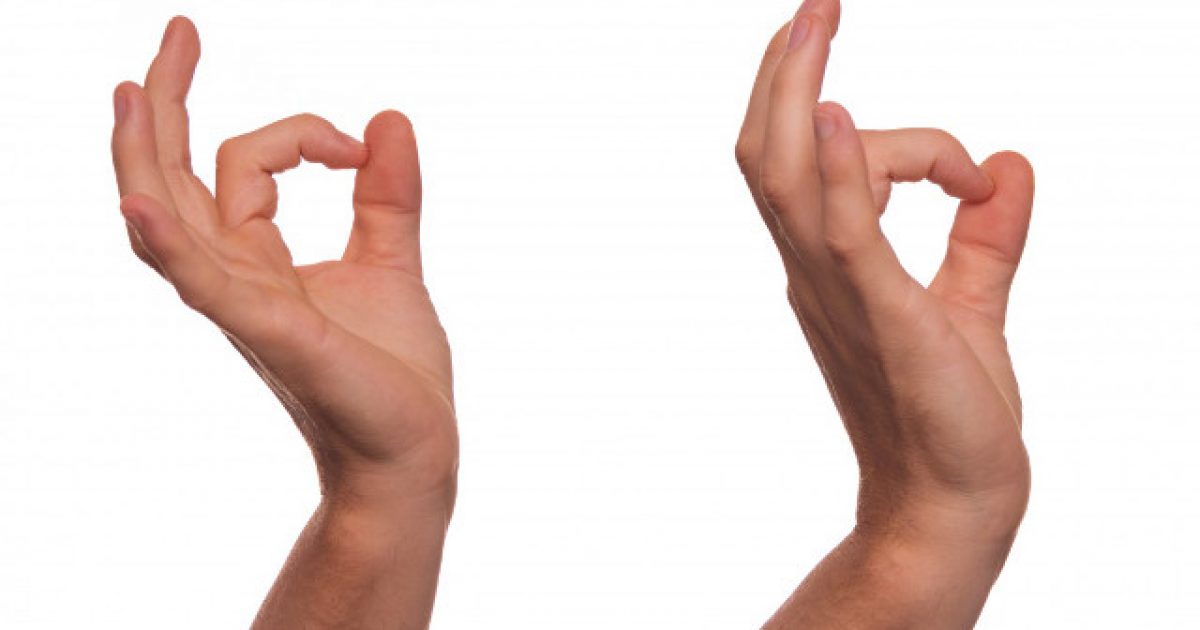 If you’re out and about and use the “OK” hand gesture with your friends and family, you might now want to rethink its usage, as it might just get you labeled a racist.

At least according to the Anti-Defamation League, which has ceded to the controversy and added the gesture to its list of symbols and slogans used by racists.

Fortunately, the group did acknowledge that not everyone who uses the symbol is actually guilty of racism, but there’s enough people, according to the organization, that do use it in a racist way to warrant its inclusion on their list.

CNN and the ADL acknowledge that the hand symbol’s “racism” started as a hoax on 4chan:

The OK hand gesture and its link to white nationalism began as a hoax cooked up by users of the website 4chan, who falsely linked it to white supremacy, according to the ADL.

It was meant to bait the media or people with liberal ideals to overreact, ADL experts say, and therefore look ridiculous for condemning such an innocuous sign. But in 2019, the sign was adopted by some white nationalists.

“At least some white supremacists seem to have abandoned the ironic or satiric intent behind the original trolling campaign and used the symbol as a sincere expression of white supremacy,” the ADL posted in its report.

“We believe law enforcement and the public needs to be fully informed about the meaning of these images, which can serve as a first warning sign to the presence of haters in a community or school,” ADL CEO Jonathan Greenblatt said in a statement.

The “OK” gesture wasn’t the only thing added to the Anti-Defamation League’s list of racist symbols. If you’re a fan of Dylan Roof’s haircut, you might want to consider changing styles immediately, as that too has been added on.

Also included are a caricature of a stereotypical Jewish man rubbing his hands together and, oddly enough, a 1980s McDonald’s commercial that featured a “Moon Man.”

Apparently, that last one was added to the list because white supremacists were making videos with the Moon Man character that featured racist rap lyrics.